Men’s basketball misses out against Chaminade University of Honolulu

The Eagles were unable to capitalize on opportunities throughout the game. 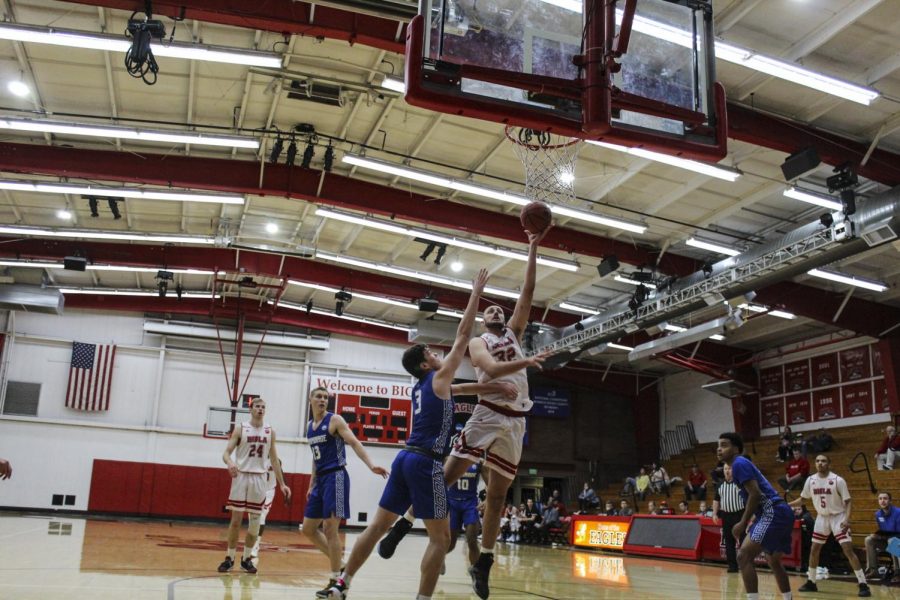 Men’s basketball lost 84-72 in a tough match-up against Chaminade University of Honolulu, who are just one spot ahead of the Eagles in the PacWest standings. Sophomore guard Alex Wright put on a great offense performance, finishing with 19 points on 63% shooting. Senior guard Marquise Mosley also had a stellar night, scoring 14 points to go along with four assists.
THE LITTLE THINGS
Although the Eagles shot the ball well, knocking down 44% of their field goals, the Silverswords took control of the game by doing the little things well. They dominated BU on the glass, finishing with 16 offensive rebounds in total. The Eagles also were outscored in second-chance points, 21-13, and fast-break points, 18-5.

“They put on more pressure than some teams, and so we didn’t adjust to that well,” said head coach Dave Holmquist. “We got in a hurry a number of times and took some quick shots.”

Off the bench, sophomore center Solomon Ruddell had 14 points and four blocks. However, BU could have used more from the bench as they were outscored 25-17 by the Silverswords.
CLOSING OUT
With 14 minutes left to go in the second half, Chaminade University went on a 23-3 run that gave them a 73-47 lead. Despite a late run by the Eagles to bring it within 14 points, the Silverswords held on to win 84-72.

“We came out really slow [in both first and second half]. It could have been the warm-up but it just seemed like we weren’t really ready to come out and compete,” Wright said. “We had stretches where we can be really good and cut into the lead, but [we were] playing catch-up ball all day.”