Although there is still a battle to be won in the fight for women in Hollywood, many men of color went home with well-earned awards. 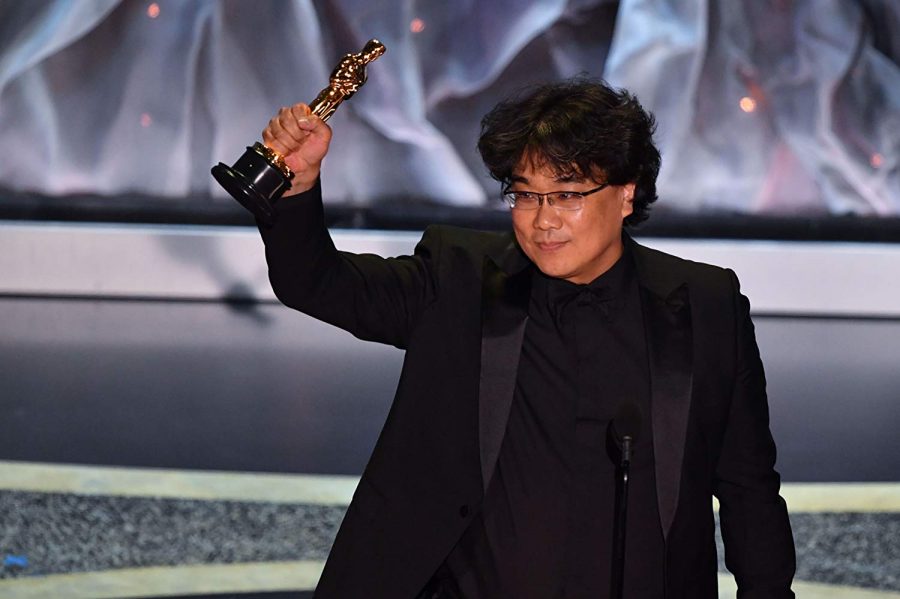 Last Sunday, Feb. 11, Hollywood’s biggest night went off with a bang. The Academy Awards celebrated its 92nd award show. It was no small ordeal, reaching many milestones in the fight for accurate representation in Hollywood.
“Parasite” becomes the first non-English film to win best picture.
Bong Joon-ho, the creative genius behind the must-see film of the decade “Parasite” took home four awards—best original screenplay, best international film, best director and best picture. After the success of 2018 box-office hit “Crazy Rich Asians,” the world was eager to see more representation in Hollywood. Nearly two years later, the fame of “Parasite” offers a liberating power for Asians in the industry.

According to the most recent report by the United Nations, Asians represent nearly 60% of the world’s population, while a separate report conducted by USC Annenberg revealed that out of 1,100 films in 2017, 70.7% of the characters were Caucasian and only 6.3% were of Asian descent—a huge disparity when it comes to representation within the film industry. Awarding a film that represented one of the most commonly underrepresented groups shows that the academy may be making the first step toward highlighting films with non-white actors.

Bong has been creating amazing films for decades now, but many Americans have been apprehensive to give honor where it deserves due to the “1-inch-tall barrier of subtitles,” as Bong pointed out during the Golden Globes last month. This is evident since “Parasite” is the first non-English-language film to ever win best picture, which shows how much the academy is progressing—especially after “Moonlight” took home the best picture award three years ago. These wins show how much the academy values good movies, regardless of who wrote, directed and starred in them. There is a long way ahead, but moviegoers still must celebrate the wins of today.
Taika Waititi becomes the first indigenous person to win best adapted screenplay.
Taika Waititi, director and producer of “Jojo Rabbit,” took home the award for best adapted screenplay, but this win is more than a simple golden statue. Waititi is the first person of Maori descent to win an Oscar and the first person of indigenous descent to be nominated in the adapted screenplay category, making him by default the first person of indigenous descent to win in the category. Waititi is only the third person of indigenous descent to win an Oscar.

When looking in front of the camera, the disparity of underrepresented indiginous people is shocking. In 2017, out of 1,000 movies surveyed, 70.7% of speaking characters were white, with less than 1% Native Hawaiian and Pacific Islanders and 3.9% mixed race or other. Awarding someone who is so disproportionately represented in film offers hope for those who feel unseen by the academy. Even if that person’s work mostly happens off the screen.
The academy recognizes its first female conductor.
The Oscars broke more barriers by recognizing its first ever female conductor—Irish composer and conductor Eimear Noone, who conducted during the ceremony. To top things off, “Joker” composer Hildur Guðnadóttir took home the statue for best score, becoming the fourth woman to win in the category overall and the first since Anne Dudley won in 1997 for “The Full Monty.”
2010s a letdown for female writers.
Yet, for all the barriers broken at the 2020 Oscars, one wall seemed to rise back up. Both Krysty Wilson-Cairns of  “1917” and Greta Gerwig of “Little Women” were nominated for writing awards, in the original screenplay and adapted screenplay categories—but both lost. This means that no woman won a writing award at the Oscars for a movie made in the 2010s. An entire decade of female writers did not receive awards in this category—this has not happened since the 1960s. Progressing into a new decade, this reality is scary for future female writers.

Only seven women have ever won for best adapted screenplay in the entire 92-year history of the Oscars. Gerwig was a strong contender with her unique take on the 19th century novel, as she opened a window to the past with modern flair. While many wrestle with the novel’s gut-wrenching conclusion, Gerwig capitalized on it and made it her own.

Although the academy seeks to diversify in gender, the number of screenwriting nominations for women has decreased. Women held 25% of all writing nominations in the 2006 to 2007 film season, but the percentage has dropped to 20% in the past couple years. Viewers have not seen a female winner for screenwriting since Diablo Cody won best original screenplay in 2008 for “Juno,” surpassing the 10-year drought of a female winner for best directing.

While viewers await more female recognition from the academy, they can relish in this year’s breakthroughs and look forward to the future of representation in Hollywood.