The two campaigned on the slogan, “Voice Your Heart.” 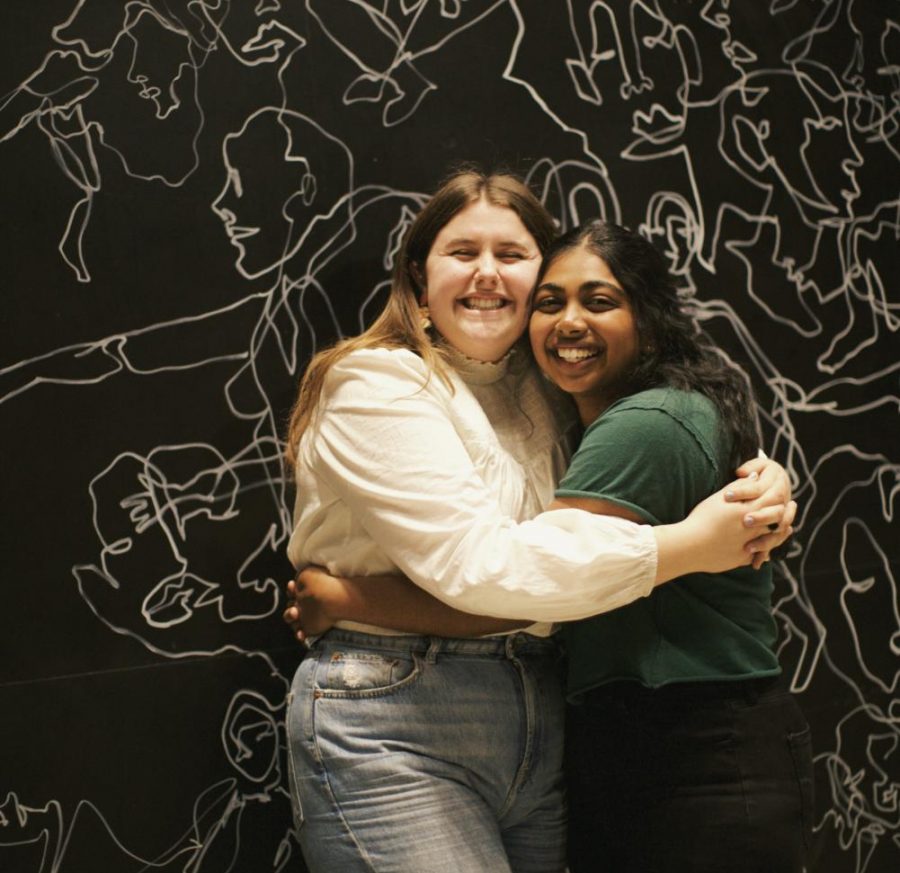 Student Government Association’s president and vice president for the 2020–2021 school year will be sophomore communication studies major Keren Godwin and sophomore public relations major Gretchen Ferguson.
GODWIN AND FERGUSON WIN
Godwin and Ferguson were in the Alton and Lydia Lim Center for Science, Technology and Health at around 10:30 p.m. when they received the call notifying them of their win.

“[Hearing the result] was very overwhelming,” Godwin said. “Just because this week has been a lot of work that we put in. And it was just so rewarding to hear from the community and so I’m glad that translated to the community and that they felt our hearts and shared their hearts with us.”

Ferguson expressed gratitude for the student body’s support in the election.

“A big thank you that you trust us enough to voice your heart and that everything that’s on your heart matters, no matter if it’s big or small or minute,” Ferguson said. “It matters to us and if it’s big to you then it’s big to us, no matter what other people think. And we’re really honored that we are going to be able to voice that to the community.”
GODWIN/FERGUSON: “VOICE YOUR HEART”
The duo ran on the campaign slogan, “Voice Your Heart.”

“Thank you so much for sharing your hearts with us this week and for being willing to trust us with this position,” Godwin said to their constituents. “And thank you for trusting us to be the people that really make sure your voices are heard on campus.”

As Godwin and Ferguson begin the transitional process, the two will meet with SGA’s new staff for the upcoming school year. The 2020–2021 senators are expected to be announced tomorrow.

“I’m excited to do training because I have so many ideas already for next year,” Godwin said. “So to be able to see how we can tangibly have those play out is exciting to me.”
HOULIHAN AND ARNAIZ FALL SHORT
Godwin and Ferguson were opposed for the SGA presidency and vice presidency by junior history major Timothy Houlihan and junior business major Ryan Arnaiz.

“I’m happy,” Houlihan said after hearing the election’s result. “Either way I was going to be pleased because the students of Biola made their choice. And I believe that the next year will prove whether or not they made the right one. And I still have my hat.”

Houlihan said he is “immeasurably grateful” for the students who voted for them.

“You all voting for me was probably the biggest measure of trust you could put in someone you likely just met who knocked on your door wearing a trench coat and top hat,” Houlihan said. “So I’m pleased that my vision for Biola resonated for so many of you. And I think that Godwin and Ferguson will try to do their best at implementing the communication procedures that we hoped to implement ourselves and work for the best of all the Biola students.”

The loss caps off the Houlihan/Arnaiz campaign, which was characterized by the slogan, “We Have Hats.”

“I do want to say that [Tim] has to put his fancy hat away now, because the elections are over,” Arnaiz said.