Trump’s plan was good, however, unity between the nation-states would bring harmony to millions. 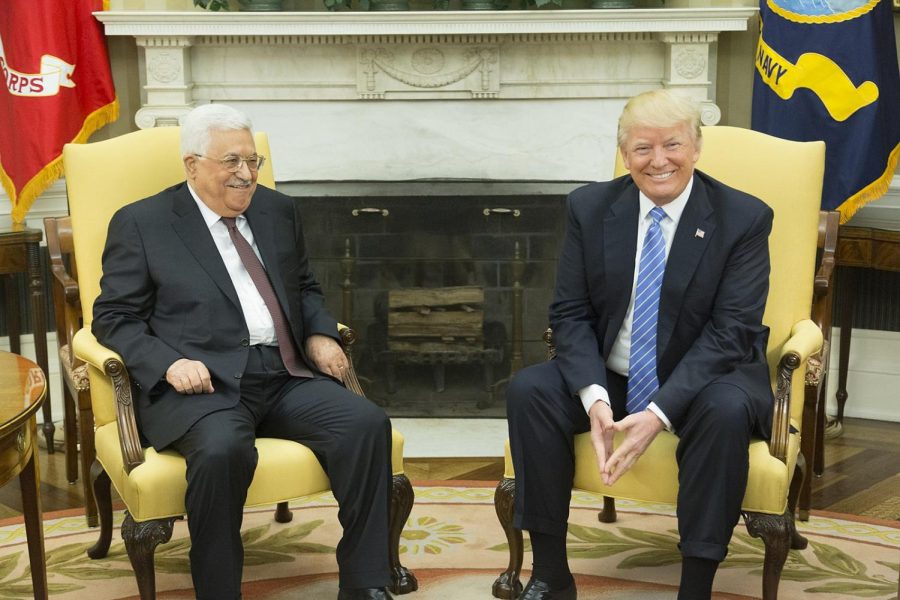 On January 28, Mahmoud Abbas, the president of the Palestinian Authority, denounced the peace plan that U.S. President Donald Trump and Israeli President Benjamin Netanyahu created, since it required Palestine to give up their land in the West Bank. According to the New York Times, Abbas criticized this peace plan.

The land borders will be redrawn if this peace plan is enacted. Israel would get full custody of the city of Jerusalem, which is a location of importance for Jews, Christians and Muslims. The capital of Palestine would fall outside of Jerusalem in small neighboring cities, according to Vox.

The peace plan gives more territory to Israel, leaving the West Bank and Gaza strip for Palestine and connecting the two through a West Bank-Gaza tunnel. Throughout history, the holy land has been highly contested by both Israelis and Palestinians. Each claim they have a right to the same terrain.

Israel was officially established as a nation in 1948 after the Jewish Agency proclaimed it as a state. At the same time, the United Nations drew up plans and voted for the partition of Palestine, despite Arab disapproval.

This plan that Trump and Netanyahu have proposed is historic. It is an opportunity for peace to replace the lingering violence in the region. However, it is vital for all three countries to work together instead of refusing to communicate with each other. Abbas must work with Trump and Netanyahu in order to create a stronger, more equitable plan that Palestine and Israel can both consent to.
EQUAL TREATMENT
A long-sought peace could finally happen. However, this plan does not have approval from all parties involved. Al Jazeera reports that Abbas called this plan a “disgrace.” He refuses to receive letters or calls from Trump about the plan and has ignored the president since Trump’s proposal in 2017 to move the U.S. Embassy from Israel to Jerusalem. In order to reach a more favorable proposal, Abbas must communicate with both Trump and Netanyahu, as the decision must be made by both Palestinian and Israeli leaders in order to ensure peace and success.

It’s no secret that Netanyahu and Trump are allies. The Los Angeles Times coins their relationship as a “bromance.” Maintaining a peaceful relationship with Israel is a smart move, but Trump should also be mindful of Palestinians’ needs. If he is able to bring peace to the region, he should be applauded. However, the primary responsibility of this resolution should rest on Israel and Palestine.
NEXT STEPS
There is nothing simple about the history of these nations. There is long-standing violence, pain and anger. Both sides will do whatever they can to protect themselves and their territory. While most Christians sympathize with their Israeli brothers, it is only fair to consider both sides of this debate. As Christians, we should desire to cultivate and maintain peace for all people.

What would a fair deal look like? I doubt any one person can answer that question. The land shared between the two is full of historical and religious landmarks, homes of both Palestinians and Israelis, and the desire of many citizens is reconciliation. If the two nation-states can put aside their differences and mediate a peace plan they both agree on, future generations will grow up in peace—with neighbors who are, after all, more like them than not.