The Eagles struggled in their first loss, yet still sit three games above .500. 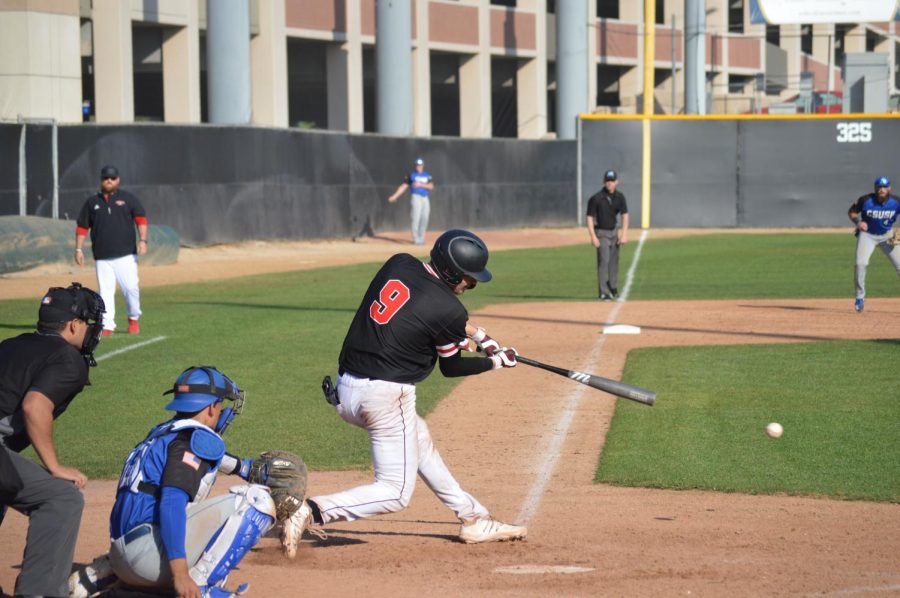 The Biola baseball team took a quick one-game road trip to San Bernardino, California and returned home on Saturday, Feb. 8 looking to continue their perfect season against the California State University, San Bernardino Coyotes. The game was messy from the start as the Coyotes scored five runs in the first inning. Biola was unable to claw back from this deficit and ultimately lost their first game of the season by a score of 11-2.
SUDDEN STRUGGLES
The Eagles were not at their best this time. However, there were positives which the team can build on for the remainder of the season. The team’s bullpen stepped up with a total of only three earned runs from the fifth to the ninth innings. Junior right-handed pitcher Honus Kindreich went above and beyond. Typically relievers will pitch 1-2 innings at most, however, Honus gave the Eagles 2.2 innings while allowing only one earned run and striking out three.

Sophomore center fielder Tyler Baca continued his solid play as he got two hits and a run from the leadoff spot in the Eagles’ batting order. Baca has cemented himself atop the order for the team with his consistent hitting ability, speed prowess and defense in center.

The Eagles finished with a respectable seven hits but were only able to push home two runs. The team did not hit well with runners in scoring position today.

“Our guys are going to drop one eventually—it is a long year,” said assistant coach CJ Baker. “They played really good defense [but] we had a couple lapses there. We came back after giving up a five spot in the first inning, which is never planned. We tried to bring those runs back but it just did not roll our way, but I have faith in these guys. It is a really good group, these games just happen sometimes.”

Biola (4-1) will host Colorado Christian University at home on Thursday, Feb. 13 at 2 p.m.