The Eagles fell to the Urban Knights in a 10-point loss. 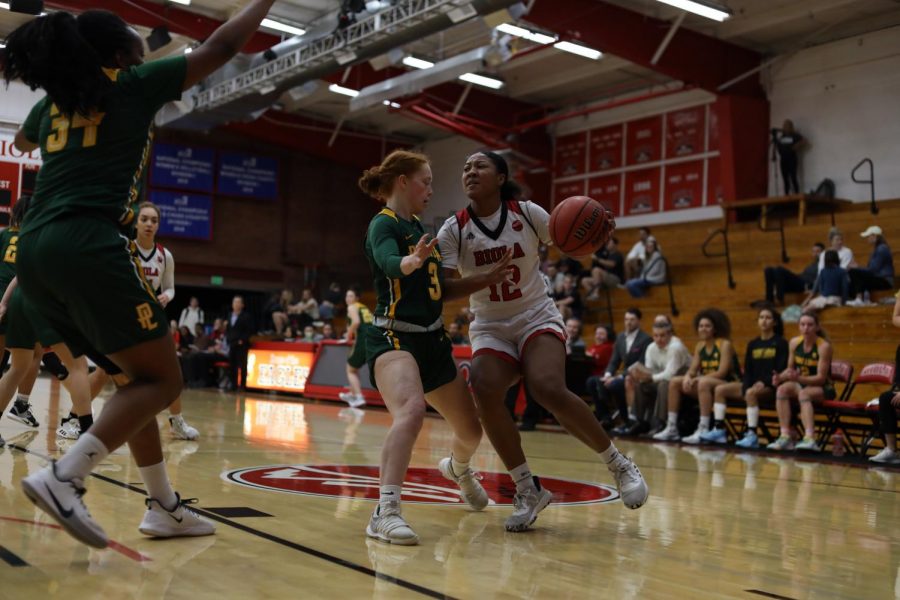 Sophomore guard Aysia Johnson blocks her opponent from the ball.

Women’s basketball took a hard loss on their second game of their NorCal roadtrip against the Academy of Art on Saturday afternoon. The Eagles kept the game within reach all the way until the third quarter where they let the momentum fade, resulting in the 58-68 loss.

Junior forward Jazz Benn led the way with 14 points, six rebounds and four assists on the night. Freshman guard Stephanie Lee and freshman forward Madi Chang both contributed 11 points apiece, Lee adding five rebounds and four assists. Sophomore guard Aysia Johnson was active in the paint, securing 12 rebounds for the Eagles.
EAGLES STUNNED
It was a tight game during the first and second quarters. BU found themselves only down three going into the half. But the Urban Knights stole the show in the third quarter, outscoring the Eagles 15-7. Despite scoring 28 points in the paint versus the Urban Knights’ 16, and making 17 second-chance points as opposed to the Academy of Art’s five second-chance points, BU was unable to regain the lead and was defeated 58-68.