The annual event rebrands after loss of financial support. 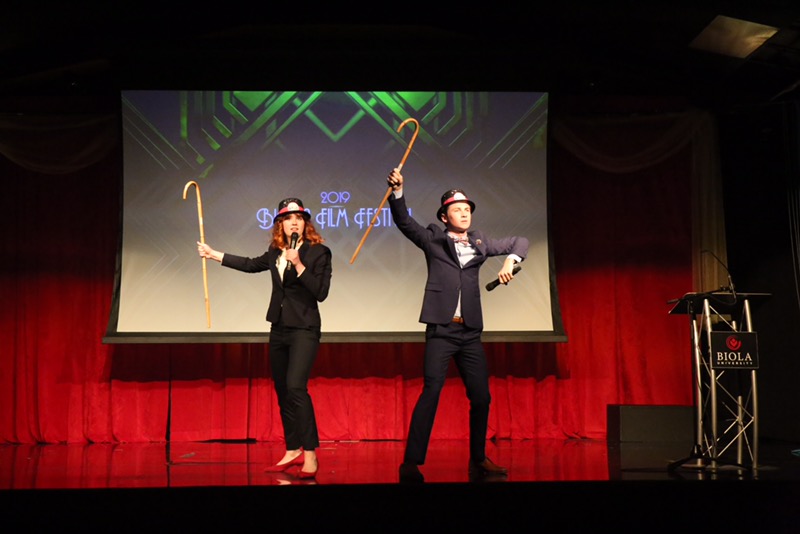 The School of Cinema and Media Arts has decided not to fund the Biola Film Festival, an annual gala that awards student films for excellence in screening, acting, directing and more. In response, hundreds have joined a petition over the past few days to bring back the annual festival.

For the past couple of years, the School of Cinema and Media Arts received half of the budget for the festival from the Enrollment, Marketing and Communications department and the other half from the Student Government Association. This year, the festival would not receive those funds.

After the launch of First Glance, a new event that screens select student films in front of industry professionals at Fox Studio Lot, the department decided there was not enough budget for both events, according to cinema and media arts internship manager Nate Bell.
CALL FOR COMMUNITY
Students love the film festival because it invites Biolans—old and new—to enjoy films as a community. According to junior cinema and media arts major Jesse Creasman, the student-led Biola Film Festival has been a great success over the recent years, with 71 submissions in 2017, 141 in 2018 and 200 last year. Creasman, who is passionate about maintaining the festival, appreciates how the event showcases student work.

“We make these really passionate projects that aren’t going to get shown anywhere,” Creasman said. “We’ll submit them to festivals, but unless you go to that festival, which costs money, you’re not going to be able to watch your friends’ projects.”

Creasman also explained that the festival was originally part of the department’s marketing strategy. Creasman explained the festival attracted high school students to participate, leading some to apply to the CMA program.

“A lot of freshmen this year are involved in [the] CMA department because they had films in or attended or heard about the film festival from the last few years,” Creasman said.
PETITIONING AND FUNDING
To keep the Biola Film Festival alive, a team of eight students—freshmen cinema and media arts majors Harrison Zeiders and Christina Turner, sophomore public relations major Gretchen Ferguson, sophomore cinema and media arts major Timothy Wittkopf and junior cinema and media arts majors Chris Schunk, Matt Andringa, Creasman and LaFrombois—is hoping to run the festival themselves. They have started a petition to raise support for the festival. The team currently has 362 signatures and are hoping to gather 500.

According to Creasman, the team needs $2,000 for the festival in total, which they are hoping will be met by donations. They have also asked the CMA department to fund the off-campus portions of the event and plan to form an appeal for Student Government Association funding.

“If we’re able to rebrand, get money from SGA, see whatever other resources we can pull together, we don’t have to worry about that. And clearly that seems like our best bet, and that’s what we’re planning for,” Creasman said.

However, even if the funding goes through, rebranding the festival is still a worry for the team because of the lack of networking assets that the department had previously provided―such as getting judges, says Creasman. The petition asks the CMA department to assist in the selection and judging of submissions

Another struggle is that because of these changes to the festival, the preparation and organization is later than usual.

“[We usually start preparing] probably about halfway through the [fall] semester,” La Frombois said. Usually at this point, they would have interns who would help out that they would pick from the program, so it was much more organization, much more time.”

Editor’s note: This story was edited on April 27 at 2:05 p.m. to correct the reason the School of Cinema and Media Arts decided not to fund the Biola Film Festival.