The story of an unexpected hitman hits film festivals. 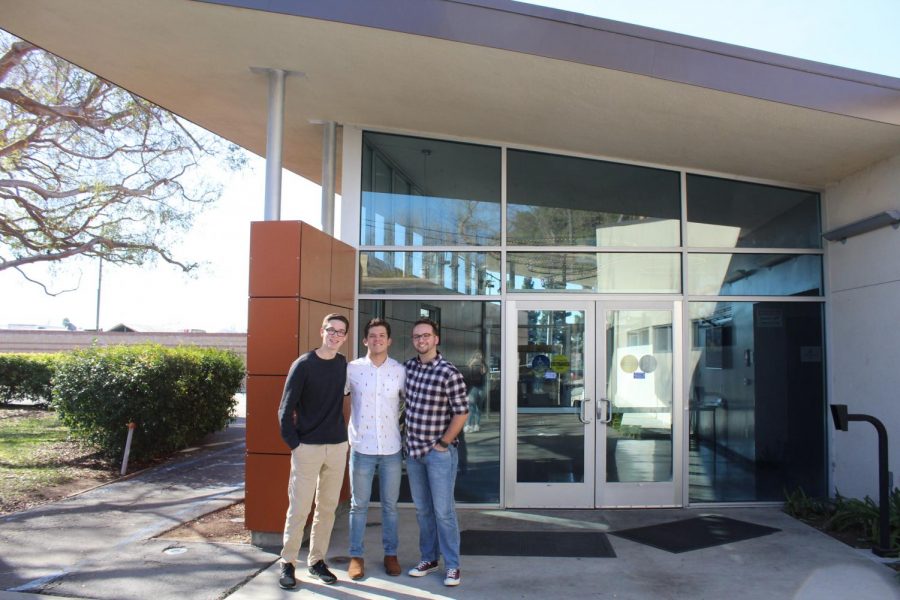 Sophomore cinema and media arts major Michael Berriman was in his Art of Storytelling class last spring when a short film idea gripped him. After writing a script about an unlikely hitman, he approached sophomore cinema and media arts majors Kyler Robinson and Tanner Myatt about directing the short for their Visual Aesthetics class. Together, the trio transformed a simple school project into a short film that has won multiple awards.
BAFFLED BRUTE
In his storytelling class, Berriman learned about the memorability of opposites, reflecting on Pixar’s “Ratatouille,” where rodents dabble in culinary. Just like how Pixar created an absurd story about a rat who cooked, Berriman believed he could create a story about a hitman who did not belong in a criminal lifestyle.

“Normally, when you think of a hitman, it’s this brute who’s super muscular and wants to do it,” Berriman said. “I came up with the idea of a man who has to do it, who’s out of his element.”

Within one week, the team of seven spent 12 hours filming in the desert, competed against Coachella traffic and waved an Air Force helicopter away.
DESERT DIFFICULTIES
The crew thrived off simplicity. Berriman used his own clothing for costume design, the cast and crew filmed in three locations—an on-campus parking structure, a desert near an Air Force base and Studio A in the production center—and the only product they bought for the film was fake blood.

Despite the crew’s ability to make the most of limited equipment, Robinson faced a challenge when they filmed in the desert during nighttime—desert winds. Anyone who has trouble talking over strong winds can relate to the frustration of trying to have a normal conversation when wind is ripping against his ear.

To overcome this, Robinson had to match the sounds as best he could. While they were filming a scene in which one of the actors dragged another actor along the ground, Robinson dragged his foot against the dirt to match the scene.

In addition to working against strong winds, the crew had no power, generator or portable light during the night scenes, so they used the headlights of a car as the main light source and asked some of the cast to hold flashlights.

But viewers would not have guessed the cast and crew faced any challenges at all. After five days of editing, the trio submitted the project for their Visual Aesthetics class, where their professor enjoyed Berriman’s unique approach to an out-of-the-norm hitman story. Their A on the project was the icing on the cake.
SURREAL SURROUNDINGS
Encouraged and inspired, Berriman submitted the short to seven film festivals over the summer and ended up winning two awards—Award of Merit at Best Shorts Competition and Award of Merit at Accolade Global Film Competition.

It was also selected to screen at the Chain NYC Film Festival in the heart of Manhattan this past August. Berriman attended the festival and could not believe his short was on the big screen playing alongside other films.

“I’d say that was when I first took a step back from making it to just watch it,” Berriman said. “That was really surreal to me.”

Since finishing the project, Berriman, Robinson and Myatt have gone on to work on other film projects, but not forgetting the skills they gained from “The Captive Hitman.” From tweaking lighting techniques to editing during the post-production process, Robinson has walked away with a surge of confidence, knowing a school project can be bigger than just a school project.

“You never know how the content we make will reach our audiences,” Robinson said. “It’s really a motivating factor for me just to keep making content.”

Although it has been nearly a year since the trio finished the project, the story is not over just yet. In a few weeks, Berriman, Myatt and Robinson will attend the LA Under the Stars Film Festival on Feb. 21, crossing their fingers that “The Captive Hitman” will be a hit once again.