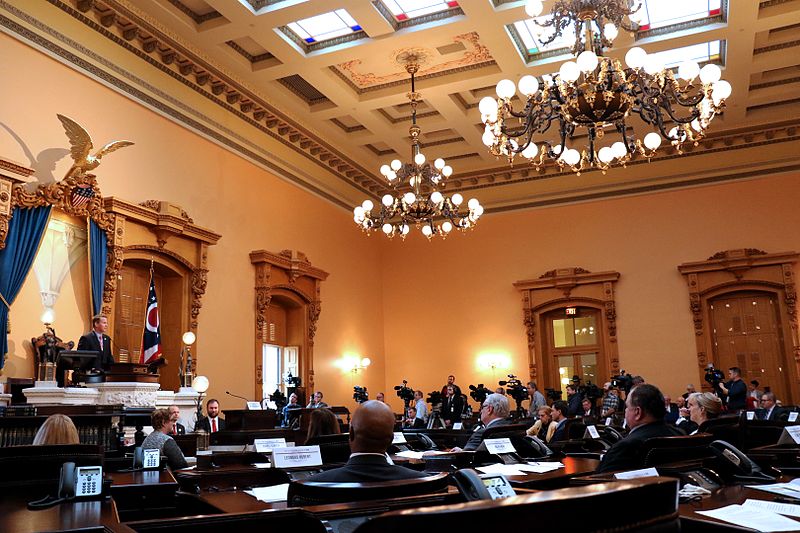 Many of the current Democratic candidates are calling for the Electoral College’s abolition—particularly Elizabeth Warren and Pete Buttigieg, who believe abolition would ensure equal power to every vote. This is a politically dangerous move and should not be encouraged because it would allow more populous states to drown out the voices of the smaller, more rural states.

California has 40 million people. Texas has 29 million. Florida has 21 million. New York has 20 million. The middle-sized states have around 10 to 13 million people. The 41 other states have a population of less than seven million, with Wyoming pulling last place with only 600,000 people. If America only used a population vote, the 10 most populous states and cities would be the sole deciders of the presidential election.

Many democratic candidates know that their base is in the more populous states and cities. While not every city votes blue, 11 of the 15 biggest cities in the U.S voted for Obama in the 2012 election. If the Electoral College were abolished, the Democratic Party would win every election because it would be based on the voices of those states and cities. The Electoral College preserves the two-party system and gives smaller states a voice.

The Electoral College encourages presidential candidates to campaign all across the country and garner support from different kinds of voters. Without the Electoral College, presidential candidates would only cater to heavily populated, city-heavy states such as California, Texas and New York—making the term “flyover country” even more applicable to smaller, more rural states. If all that is needed is the popular vote, why would candidates waste time trying to gain support from the farmers, ranchers and miners in Idaho, Oklahoma and Ohio? They wouldn’t.
FEDERALIST LETTER #10
In Federalist No.10, Founder Father James Madison warns of the dangers that a direct democracy has on the American people. Under a direct democracy, there is serious potential for mob rule, where larger factions call the shots. Madison’s desired form of government differed from a direct democracy because it maintained stability. He believed that our government under the U.S. Constitution provided unity and balance because it kept crucial government decisions from being made by the constantly changing public opinion.

George Washington warned against getting rid of the Electoral College, fearing that one political party—or faction—would dominate all presidential elections, leading back to the tyrannical government American patriots had just declared independence from.
THE BOTTOM LINE
Some have said that a democracy is comparable to two wolves and a sheep voting on what’s for dinner. Edwin J. Feulner, the founder of The Heritage Foundation, writes that what the sheep wants matters just as much as what the wolves want, and that the Electoral College makes sure that neither group ends up on the menu. The wolves represent the political majority while the sheep represent the minority, and the Electoral College prevents either one of them from being swallowed.

If we are to maintain these rights, we must vote for the candidate who will protect them. A president that only wants to invest in one part of the country does not have the best interests of the entire nation at heart.