Theatre 21 joins forces with the Conservatory

The program leaves the Department of Communication Studies this fall. 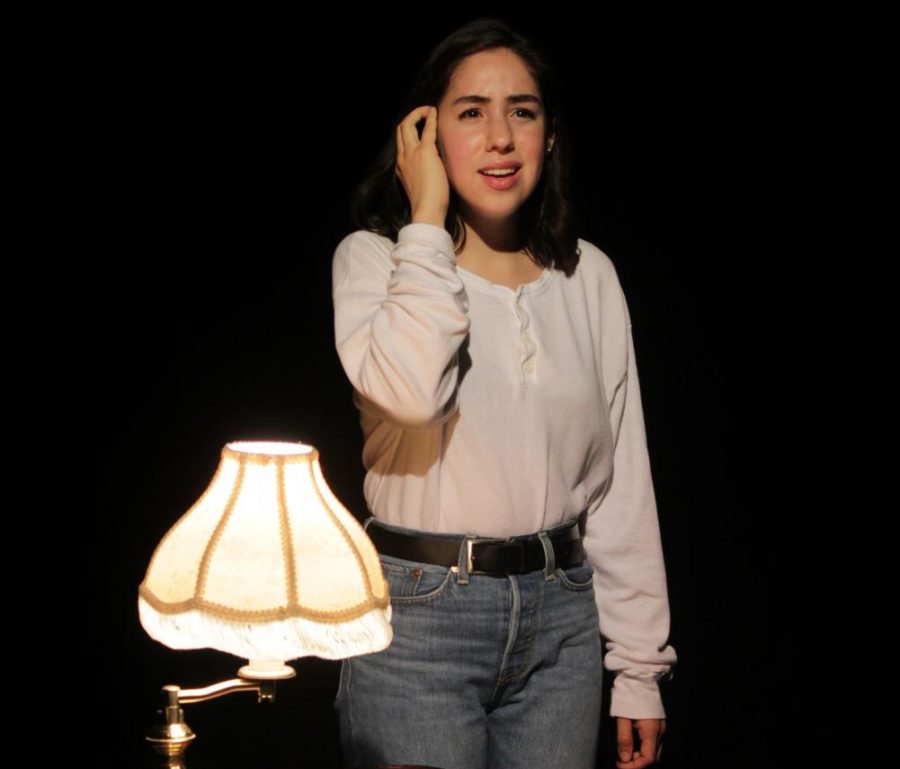 Theatre 21 is about to be shaken up. The theatre program will depart from the Department of Communication Studies and merge into the Conservatory of Music this fall. While the program will experience a change in dynamic, the switch will also make room for new opportunities, including grander productions, a more performance-based education and a new musical theatre major.
NEW ADVANCEMENTS
Over the years, the department has made headway in size and reputation, but there is still plenty of room for theatre to flourish. The recent addition of a new dean helped inspire the department to take the charge to expand. According to Zachary Bortot, assistant professor of theatre, the goal has always been getting theatre to stand on its own. Right now, it is a program, and the goal is for it to become its own department someday. Students can look forward to new opportunities that will come with the program’s upcoming advancements.

“It’s gotten to a point now where we’ve made so many advances and strides that it just makes more sense for us to be partnered with another performing art,” Bortot said.

Moving to the Conservatory is also a better organizational fit for theatre. According to Bortot, the Conservatory has more administrative support and understands the needs associated with performance. In addition, Todd Guy, dean of fine arts and communication, has been highly supportive of both the theatre and music programs since joining the team in fall 2018, according to Bortot.

Furthermore, the exciting introduction of a musical theatre program, which arrives this fall, drives the changes to Theatre 21’s structure. The new concentration will be under the theatre major and students are already auditioning to be a part of it.
UPCOMING CHANGES
Theatre 21 will house its upcoming shows in new spaces as the department anticipates the removal of their previous home, a narrow, independent building across from Perez Hall. Sutherland Auditorium and Mayers Auditorium are potential locations and the department has even used the amphitheatre behind Hope Hall in the past. Until they find a new permanent space, production locations will depend on the types of shows the department decides to put on.

The new musical theatre program also opens up opportunity for Theatre 21 to put on more musicals and larger-scale productions. According to Bortot, the department would aim to put on a musical at least every other year. The growth in number of musicals has already been evident in the last couple of months, as Theatre 21 performed “The Last Five Years” in December, and its most recent collaboration with the Conservatory and Biola Youth Theatre, “The Music Man,” last month.

“I think it opens up a lot of doors for bigger productions and more complex productions, which is good for attracting new incoming students and audiences that otherwise wouldn’t have known that we have a theatre program,” said Brynn Nieuwenhuis, a sophomore theatre major.
OPPORTUNITY TO GROW
Merging Theatre 21 with the Conservatory allows the theatre program to strengthen its reputation. Although the program has faced struggles with its small size, it is starting to gain recognition. OnStage Blog even ranked Biola as having one of the Top 25 B.A. theatre programs in 2018–2019.

“People are starting to recognize that we’re offering something really good and we’re capable of some strong work,” Bortot said. “I think moving to the Conservatory is going to allow us to continue to grow and expand in what we can offer and strengthen that reputation.”

Through the departmental change, students will have more options to explore in their theatrical education, including a more performance-based education rather than communications-based. By joining the Conservatory, students have the opportunity to wear many different hats, giving them a broader skill set to prepare for the performing arts industry.

Students look forward to the opportunity to enter into new territory and try their hand at different skills. Although junior theatre major Micah Johnson appreciates the community and family-oriented nature of theatre, he is excited to make new connections with the Conservatory. Joining the Conservatory will bring a new dynamic, but Theatre 21 has a lot of growth to anticipate.

“I hope it will shake up my expectations for what Theatre 21 is,” Johnson said. “Art is all about shaking up expectations.”