“Gretel & Hansel” is beautiful yet hollow 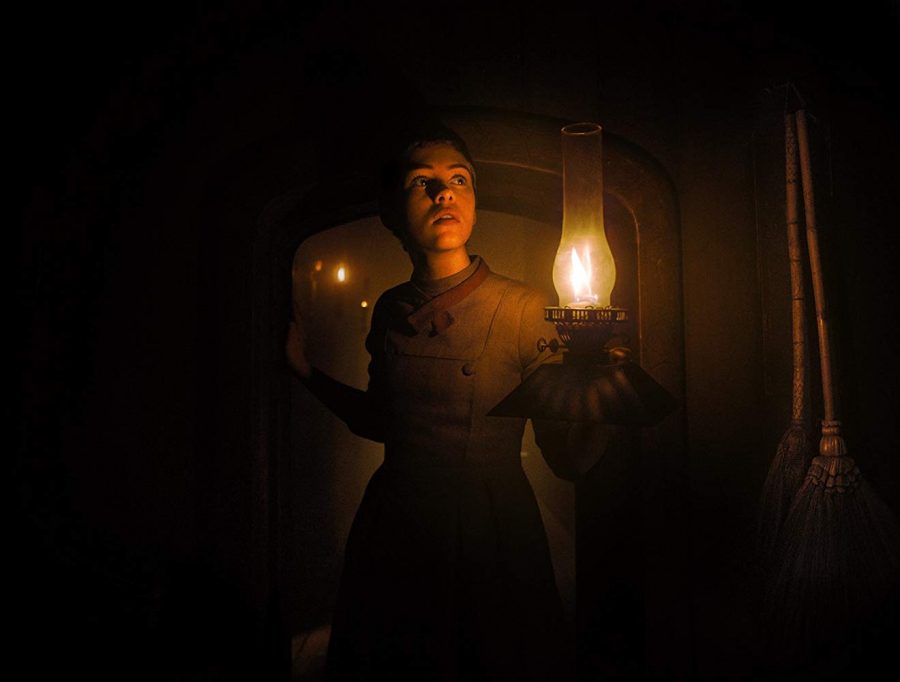 As one of the most famous fairy tales ever told, “Hansel & Gretel” has had multiple adaptations in various mediums for almost two centuries, but none have compared to the original story. Its last notable adaptation, “Hansel & Gretel: Witch Hunters,” followed Hansel and Gretel as witch hunters, but critics panned it and moviegoers forgot about it. The tale’s most recent adaptation recently released as “Gretel & Hansel.” With its interesting cinematography and dark tone, one could watch the trailer and be enticed to see the rest of the film. However, the end product disappoints audiences to say the least.
SHINY EXTERIOR
Audiences will first notice the cinematography, which beautifully captures the world of “Gretel & Hansel.” The cinematographer perfectly centers the shots, resulting in eye-appealing scenes. He also efficiently uses a locked-on stabilization effect in some sequences in the film, where, for instance, the shot locks onto the movement of a character’s head while walking through the woods at night, which helps the audience feel as uncomfortable as the main character.

The costumes and production are equally impressive. The environments the characters walk through accurately represent the film’s early-1800s setting and the dark lighting adds to the grim tone of the story. As far as costume design, one character known as “the witch” steals the show with her completely blacked-out appearance. The actress wore a black bodysuit, sporting a black cape dress and a black wide brim hat. It stands as one of the best character designs from a horror film in years.
HOLLOW INTERIOR
Despite the film’s captivating cinematography, its visuals do not hide the shallow script of the film. The beginning of the film displays its first problem—narration. The narration initially tells a fairy tale to set up the background of the main story, but later it showcases Gretel’s inner thoughts, which fail to add any relevant information. Director Oz Perkins should have removed the narration entirely so the audience could focus on the visuals.

The film also faces another issue—the story progresses at a snail’s pace. With an already-thin storyline, the slow pace does not help with the storytelling. The changes made to the original story could have been interesting, but the film simply does not entice the viewer. This might be due to the flat performances from all the actors, as the characters deliver their lines in a slightly monotone manner. While this type of acting can work, it takes away from what could have been some gripping performances from the main stars.
FAILED ADAPTATION
“Gretel & Hansel” fails to provide an interesting take on the original fairy tale. Instead, the dull, lifeless script takes away from any potential intrigue of the film. Considering its enthralling visuals, some horror fans might find more to enjoy. Unfortunately, like the last adaptation, the film will most likely leave the audiences’ minds in a week’s time.