The Eagles complete a three-game sweep of Cal State Monterey Bay with a 10-9 walk-off victory at home! 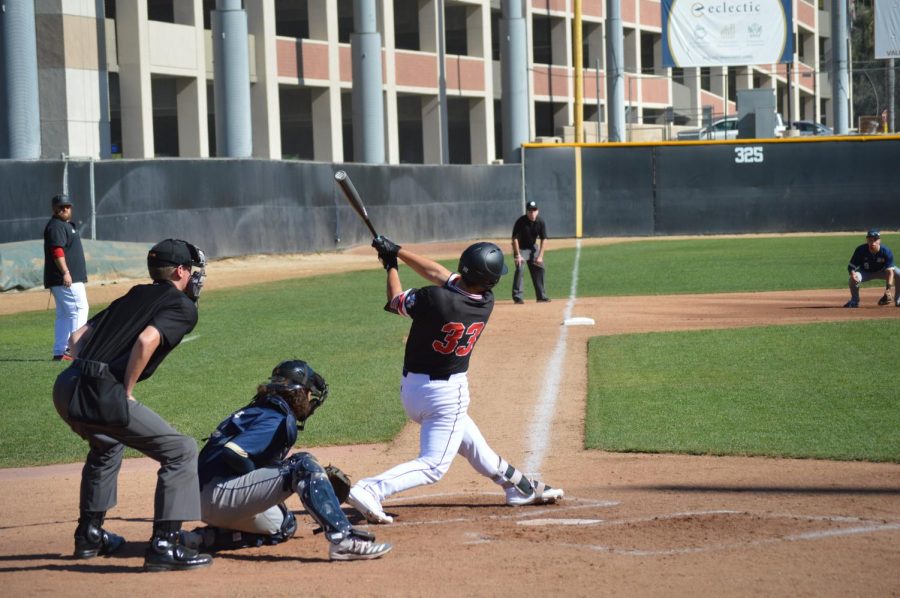 On Saturday, Feb. 1 at 12 p.m, Biola baseball was looking to continue their early season momentum, coming off their opening day double-header win against the California State University Monterey Bay Otters. It was a back-and-forth game between the Eagles and the Otters, which ended with some late game heroics and a 10-9 Eagles victory.

Brayden Englert, a sophomore starting pitcher, got his first start of the season for the Eagles and scattered four runs across four frames. Both teams’ offenses were well and alive in this one. A five-run fourth inning highlighted by junior second baseman RobertAnthony Cruz’s two-run home run gave Biola some early momentum. A four-run sixth brought the Otters back into the game.

After eight innings of play, the game was tied at nine. Senior pitcher Josh Ludeman pitched a scoreless top half of the inning, which set up a dramatic bottom of the ninth. With one out in the ninth, junior catcher Ben Smith stepped up to the plate. Smith, who already had two hits and two RBIs in the game up to this point, was locked in. He got a pitch to his liking and smashed a moonshot over the 380 foot sign in center field to send the Biola crowd home happy.
MOMENTS THAT MATTERED
In the next game, Ben Smith and RobertAnthony Cruz teamed up to drive in four of the five runs scored in the fourth inning. Both players will be important moving forward for the Eagles as their season picks up steam because of their defensive prowess and hitting abilities.

Their four runs in the sixth inning gave the Otters hope that they had a chance to win the game. This was a momentum-shifting inning and it seemed as if the Otters were on the verge of taking control of the game. With the Eagles clinging to a slim lead of 9-8, they were able to work out of the inning without allowing any more runs. The Otters tacked on one more run in the seventh to tie the game, but the Eagles’ pitching staff was able to limit the Otters’ potent offense for the remainder of the game.

Josh Ludeman pitched a stellar ninth inning. He kept the game tied, which allowed the Eagles’ offense to win the game for Biola in the next half inning. He will be an important piece of the Eagles’ pitching staff moving forward because of his ability to limit opponents’ scoring in the late innings.

The most obvious moment that mattered was Ben Smith’s towering home run in the ninth. The count was 1-0 and Smith got a fastball—which he smashed. The ball launched off of his bat and sailed well over the center field fence.

“I got the pitch I wanted 1-0, fastball that was left over the plate,” he said.“ I’d said the inning before to Rylan Greenlee that I couldn’t catch another inning. Twenty-seven innings in two days is getting long, so I had to do it because there was no other option.”

Smith, a transfer student from Bucknell University, is in his first season with the team.

“It has been easy to adjust because we have an awesome team,” he said. “It takes the pressure off when we have so many guys putting up monster at-bats and hitting tanks. I’ve only been here for a couple of weeks but I am enjoying it a lot.”
WHAT’S NEXT ?
The Eagles will hit the road holding a 3-0 record for their upcoming game in San Bernardino. They will be facing the California State University San Bernardino Coyotes (1-1) at Fiscalini field. The game is slated to begin at 6 p.m on Friday, Feb. 7.