Out of the band’s 15 albums, which one stands above the rest? 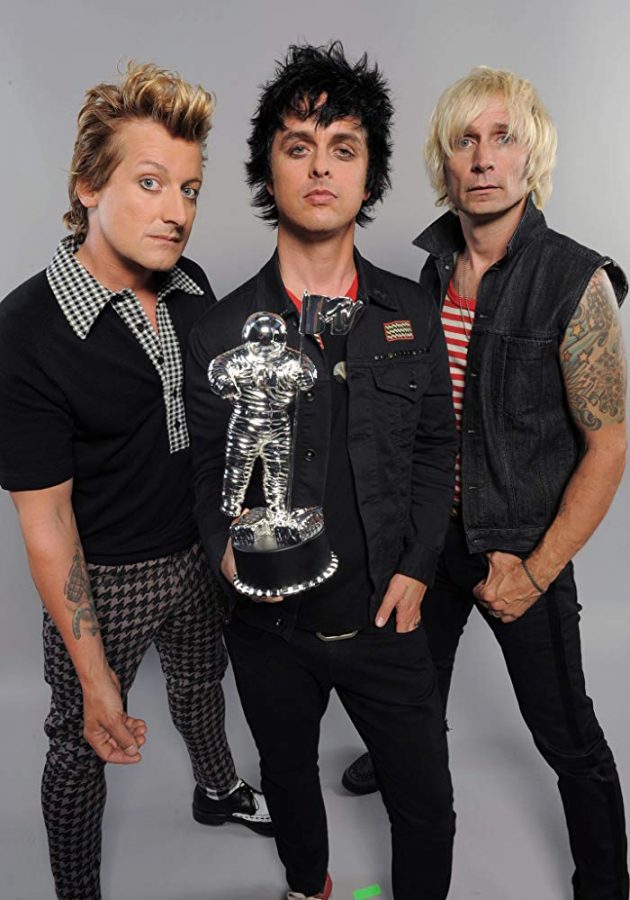 Most music lovers know Green Day for their in-your-face hard rock, often defined by dirty electric guitar, square, accented beats and vocals that blur the line between singing and yelling. Fueled by passion against social injustice, the band often blends their teen angst vibe with lyricism that mocks current day realities. The band most recently released a trio of singles to tease their upcoming album, which is set to release on Feb. 7. In anticipation for their 16th album, check out this ranking of all 15 albums.
15. “1,039/Smoothed Out Slappy Hours”
Green Day’s journey as a musical group started out as an expression of an angst, lacking overall sonic contrast and lyrical depth. Each song sounds like an accidental continuation of the first, leaving the listener in a gray haze of confusion as the imbalanced electric guitar overwhelms the listener’s ears.
14. “Kerplunk!”
“Kerplunk” shows the positive development of Green Day’s sound. “No One Knows” opens with a guitar riff, still using the same meter, but with a different pedal. Skip to the next few songs on the album, however, and the problem is the same as their earlier albums—the musical continuity lacks creativity and intention.
13. “Insomniac”
Some may say this is where Green Day found their voice, since they implement precise lyrics. However, the album stays low on the list because the musicality lacks spice. It seems they finally have an outline of the picture they want to paint but only use three colors to fill in the spaces.
12. “Unplugged 1996”
Live album “Unplugged 1996” features smash-hit “Good Riddance.” This album is proof that some artists perform better live. They begin to use acoustic guitar, different timing and varied, cohesive drumming.
11. “Warning”
The frontman’s vocals finally show themselves under the layers of grunge, which helps the listener understand the overall message of the album. Aside from that, it gets lost under the piles of other albums Green Day has produced.
10. “Shenanigans”
“Shenanigans” exhibits Green Day’s maturation—it sounds intentional, but the carefree sound of previous albums. The evolution of sound is clear and positive.
9. “Revolution Radio”
As the band’s most recent album, “Revolution Radio” features politically charged lyrics that riot against war. With music as revolution, Green Day has begun a war against war.

Unfortunately, as they have lost relevance, their screaming protests get lost in the noise and chaos of the outside world.
8. “Demolicious”
This album is mediocre at best, and released when the band’s sound matured. It is the best you could expect from an album composed of nothing but demos.
7-5. “UNO!/DOS!/TRE!”
This trio of albums earns a spot this high on the list because of the band’s genius concept of releasing a trio of albums, using a continuous musical idea. The trio does not feature any classics per-se, but holds merit in the courage of Green Day’s idea.
4. “Nimrod”
Nimrod peaked at No. 10 on the charts in 1997 and stayed there for 70 weeks—the lower end of their selling range. The album features classic “Good Riddance (Time of Your Life),”  which is now their fourth-most streamed track on Spotify.
3. “Dookie”
Dookie’s commercial success was unprecedented in Green Day’s career as a whole, peaking at No. 1 on the charts and holding that spot for 116 weeks. “Basket Case” is featured on this album and remains their most-listened-to song on Spotify. As the band’s breakthrough album, it paved the way for at least 25 years of success.
2. “21st Century Breakdown”
Released in 2009, this album reminds many Generation Z fans of their childhood. Classic “21 Guns” consists of a driving beat, perfect lyrical timing and a message that assures the listener that everything is going to be fine even in a world full of chaos and violence.
1. “American Idiot”
Easily the peak of Green Day’s career, the album is provocative in all the right ways, challenging the current political viewpoint with the tasteful rage of a hormonal teenager. The namesake perfectly presents a layered head-banging anthem of rebellion. “Wake Me Up When September Ends” displays musical difference in comparison to many other tracks. While the first minute boasts acoustics, the track develops into their well-known electric sound. As an album about evolution and change, “American Idiot” resonates with audiences, regardless of political viewpoints or timeframe.