The songwriter blends intriguing lyrics and satisfying instrumentals in his newest project. 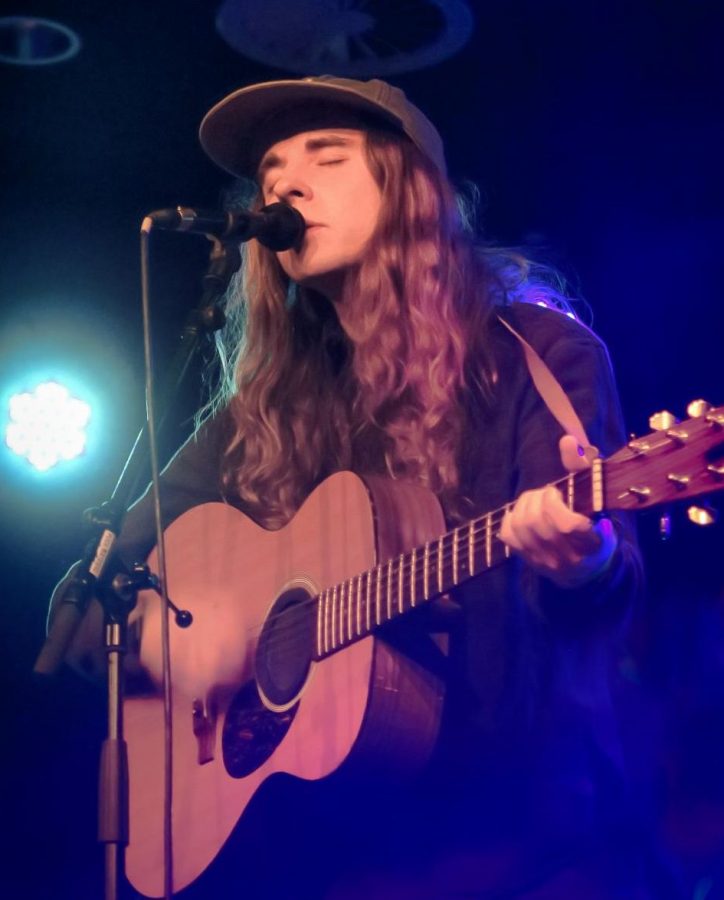 Four friends and an ex-girlfriend walk into a bar. Singer-songwriter Andy Shauf details the simple yet entertaining story of lovers who reconnect not by love, but by circumstance in his latest LP “The Neon Skyline.” The unnamed protagonist tells of a night drinking with friends that takes a turn with the return of his ex-girlfriend Judy, followed by an interesting tale of memory, mixed emotions and forced amicability.
CREATIVE STORYTELLING
Shauf’s storytelling is remarkable. He jumps across time in a manner which is complex, yet easy to follow. The record opens with a seemingly ordinary meeting of friends at The Neon Skyline—a bar they frequent—and it is clear the protagonist has a lost love on his mind. He ponders her whereabouts in “Where Are You Judy” and reminds himself of her through the smell of tobacco in “Clove Cigarette.” In these opening tracks, Shauf establishes an interesting character and a desire to know more about his past. The scene then turns to flashbacks of this romance, where Shauf reveals the toxic, complicated nature of the relationship. In “The Moon,” the scene shifts once again as Judy arrives and Shauf slowly entertains the listener’s curiosity.

Over the course of 34 minutes, Shauf creates characters worthy of listeners’ sympathy and care. He perfectly captures the awkward mix of emotions involved in remembering and seeing a former significant other. The remembrance of love, laughter and joy burst forth in moments of playful banter between the two. However, Shauf includes these joyful instances along with memories of loss, anger and pain of the final days of the relationship.
PROPER INSTRUMENTALS
Sonically, the record perfectly matches its lyrics. Shauf wears his influences on his sleeve, including subdued drums reminiscent of “Wilco” and Elliot Smith-esque vocals. The record maintains a modest tempo and upbeat sound, while maintaining a constant underlying melancholy. The relaxed vocals and minimalist drumming rein in the upbeat guitar strums, preventing the album from becoming entirely cheerful. Much like the protagonist within, though the album maintains a happy, self-composed appearance, deep down it entices listeners to shed a tear.

The sonic and lyrical match occurs on an overarching level and within individual songs. “Where Are You Judy” takes a slower approach as the protagonist wallows in a memory, while “Try Again” picks up as Judy playfully teases her ex-boyfriend. Finally, “Changer” closes the album with distorted guitar sounds that match the overall confusion occurring within the character.
SATISFYING EXPERIENCE
Shauf is truly on top of his game in “The Neon Skyline,” with enjoyable instrumentals and engaging lyrics that entertain from start to finish. The synchronicity of the music and lyrics amplify the immersive engagement between listener and character. Shauf draws listeners in, invites them to step into another life and leaves them running through memories of their own.