Faith and Science club kicks off first meeting of semester 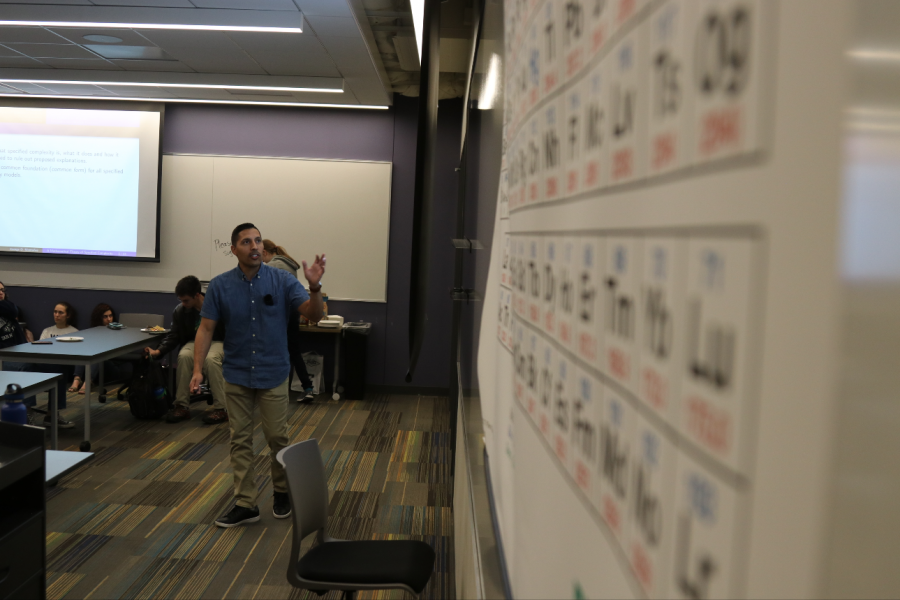 Editor’s note: This article was originally posted on Jan. 27 at 10:03 p.m. It has been edited and reposted to protect the speaker’s privacy.

Biola’s Faith and Science club kicked off at 7 p.m. in the Alton and Lydia Lim Center for Science, Technology and Health on Monday, Jan. 27. Students and faculty congregated to hear George Montañez, assistant professor of computer science at Harvey Mudd College, expand on how he lives a gospel-centered life within secular research environments. Many of the members hail from STEM majors but club officers are hoping to include all departments in future meetings.

“This is only the second full academic year of the club,” said psychology professor Liz Hall.

“We’re a little club, but when we hold events like this, I mean we have people coming out of the woodwork.”
FAITH IN RESEARCH
Montañez spoke about how he integrates faith into his life and research.

“I don’t bring ‘faith into my research,’ like some conquering foreign invader,” Montañez said later in an email. “Instead, everything I do is gospel-centered. The gospel forms the basis for my entire life, research included.”

Montañez urged students and faculty alike to not “be cautious to the point of being ineffective,” but to live out their faith in Jesus Christ in the midst of non-believers by chasing the work and research God has called them to.
HOPEFUL FOR DIVERSITY
Club officers hope to broaden the demographics of future events in order to provide diverse perspectives on the intersection of faith and science.

“Anyone is welcome and we would encourage everyone to come,” said sophomore communication sciences and disorders major Corinna Magness, a club officer.

Magness touched on the fact that outside Christian circles, researchers can struggle to find a balance between religion and work, but the Faith and Science club promotes an environment where tough conversations can evolve into understanding.

“[Christianity] should affect the way we talk about [science] but not the way we do it,” said sophomore biology major Benjamin Minch.