The five-time national champion died in a helicopter crash in Calabasas on Sunday morning. 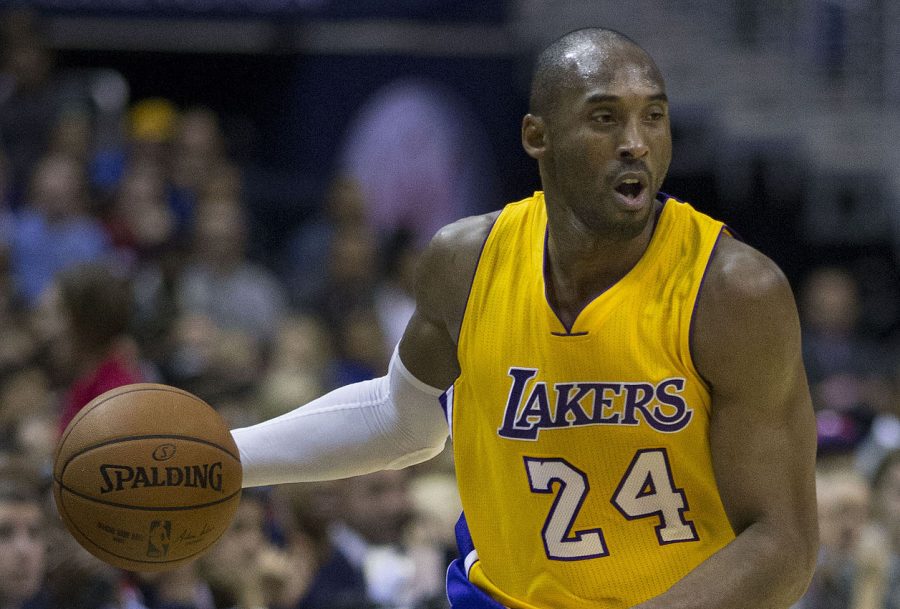 Yesterday, Lebron James of the Los Angeles Lakers passed up Kobe Bryant on the all-time scoring list, becoming the third-highest scorer in league history at 33,644. Bryant, the face of the Lakers franchise for 20 years, responded with a tweet expressing humbled respect, in what was a celebratory moment for fans of Laker Nation.

Continuing to move the game forward @KingJames. Much respect my brother 💪🏾 #33644

Yet this morning on Jan. 26, the unimaginable happened. Breaking news—18-time All-Star Kobe Bryant, dead at 41. What was first thought to be fake news from die-hard faithfuls was quickly confirmed by the New York Post and Bleacher Report. The 12-time All-Defensive team member died in a helicopter crash in Calabasas, California on Sunday morning.

Bryant’s 13-year-old daughter Gianna was also on board the helicopter and was among the nine who died, according to TMZ.

#BREAKING: Kobe’s daughter Gianna Maria was also on board the helicopter and died in the crash https://t.co/1n7U8bvqhI

BASKETBALL NATION STUNNED
Just hours after the chopper crash, those close to Bryant and fans within the basketball community have come forward to show their love for the Black Mamba.

Bryant’s long-time friend Shaquille O’Neal spoke out on the death of his former teammate.

There’s no words to express the pain Im going through with this tragedy of loosing my neice Gigi & my brother @kobebryant I love u and u will be missed. My condolences goes out to the Bryant family and the families of the other passengers on board. IM SICK RIGHT NOW pic.twitter.com/pigHywq3c1

Rivals of the Lakers, the Los Angeles Clippers, have put aside the battle over LA to pay respects to the NBA legend.

The Houston Rockets and Denver Nuggets were set to begin a game when the news of Bryant’s death broke. The entire arena took a moment of silence in honor of the late NBA champion, according to a tweet by ABC News.

Players and fans observed a moment of silence in honor of NBA legend Kobe Bryant prior to the start of today’s Rockets-Nuggets game. https://t.co/VwMID9VOVl pic.twitter.com/STd1HyCTZo

Kobe chants broke out at the tip-off of Spurs-Raptors game on Sunday afternoon, according to Barstool Sports in a tweet: 24 seconds of respect for No. 24.

The Raptors and Spurs both ran the first 24 seconds of the clock run off the clock in honor of Kobe. What an incredible moment. pic.twitter.com/vj1EFcuFpV

MAMBA LEGACY
Bryant began his professional career in the NBA straight out of high school, drafted by the Charlotte Hornets as the 13th pick overall in the 1996 draft. He was then traded directly to Los Angeles, where he would play out his entire 20-year career with the Lakers from 1996–2016.

Bryant’s parents had to co-sign the Lakers contract since he was only 17 at the time. Once he turned 18 and was able to sign on his own, he matured to compete with the elite. He became the youngest NBA All-Star in league history at 19 when he was voted a starter in 1998. He was paired with Hall of Fame head coach Phil Jackson in 1999, where the super squad exploded for a three-peat in championship rings from 2000–2002. Bryant would eventually lead the Lakers to five NBA Championships.

He reached four All-Star MVPs, tying for the most in NBA history with former Milwaukee and St. Louis Hawks forward Bob Pettit. Bryant was the first and youngest player in league history to ever reach 30,000 points in the 2012–13 season.

Bryant remained loyal to the Lakers even through the rough seasons. Bryant persevered after suffering from a torn Achilles tendon in 2013 and continued to dominate the game in his remaining years. He eventually retired from the NBA in 2016, one of the most heartfelt farewells in NBA history. The Black Mamba ended his career in an impressive fashion, scoring 60 points against the Utah Jazz to lead the Lakers to a win. Just four years later, NBA fans everywhere are saying goodbye to the legend for good.

Byrant will also be remembered for his work off the court. He was a partner of the After-School All-Stars, promoting academic success and encouraging over 72,000 inner-city kids to reach higher. Both of Bryant’s jerseys were retired in 2017 and will hang inside of Staples Center for the rest of franchise history. No. 8 and No. 24 will never be worn by another player in purple and gold.