“Weathering With You” is a mixed bag

The highly anticipated follow-up to Makato Shinkai’s “Your Name” disappoints. 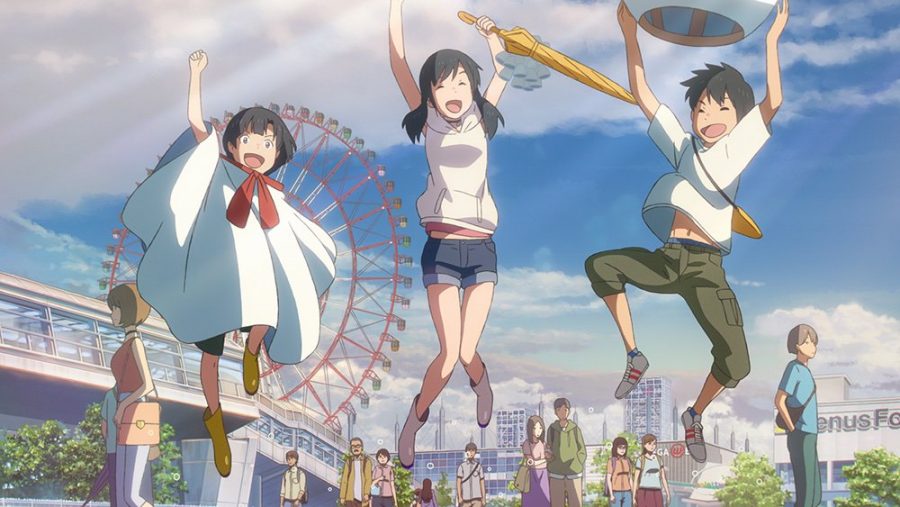 "Weathering With You" disappoints audience.

Makato Shinkai is one of the most well-known Japanese animation directors, thanks to his smash-hit, “Your Name.” The film amassed over $359 million, becoming the highest grossing anime film of all time, a title previously held by Hayao Miyazaki’s classic, “Spirited Away.” The body swapping element of “Your Name” was a unique way of telling the gripping and emotional romance story that captivated audiences across the globe. Since then, Shinkai has been working on the film “Weathering With You,” which follows a boy who runs away to Japan and befriends a girl who can control the weather. Although it is an interesting concept, its execution falls flat.
BEAUTIFUL ANIMATION
One of the most impressive aspects of the film is its animation, with most of the first act dedicated to flaunting Tokyo’s beautiful, rainy environment. Shinkai also has a knack for displaying the character’s emotions in an expressive way, and in “Weathering With You,” it shows. In many of the intense sequences, Shinkai includes gorgeous animation, nearly over-dramatic voice acting and pop-rock music. Japanese rock band RADWIMPS returned to compose the score with their unique brand—Japanese pop-infused rock fit for the style and tone of the film.

But these aspects can only do so much to provide a captivating story. “Your Name” also has these positive elements, but what “Weathering With You” lacks is a compelling narrative.
UNDERDEVELOPED CHARACTERS
The main problem with the film is the underwhelming amount of development the main characters go through. The film mainly follows Hodaka, a high school boy who runs away to Tokyo. Its compelling setup had the potential to reveal why he ran away, but the film seemingly forgot about it. Hodaka’s only chance of true character development is an instance when a cop asks about his family, as it could’ve shown why he ran away to Tokyo.

As for the other characters, female protagonist Hina does not develop past her weather controlling ability. The third act relies on the audience’s interest in Hodaka and Hina, but their romance feels forced. Considering their lack of development, the emotions feel incredibly overdramatic and unearned. This applies to the whole story, where the endearing interactions provide enjoyment only for a moment.
ALL STYLE, NO SUBSTANCE
Overall, “Weathering With You” is a disappointing follow-up. The film relies heavily on the audience’s interest in Hina’s weather abilities, but Shinkai must understand that a promising setup does not guarantee a gripping film. “Your Name” flourished not because of the body changing element itself, but because of Shinkai’s ability to develop the romantic relationship between its two main characters through it. When the audience grows to love a film’s characters and their relationship, the intense moments they face should be heartbreaking and emotional. However, with “Weathering With You,” the beautiful animation does not cover up the flat storytelling.