The team was undeterred despite hundreds of earthquakes and aftershocks. 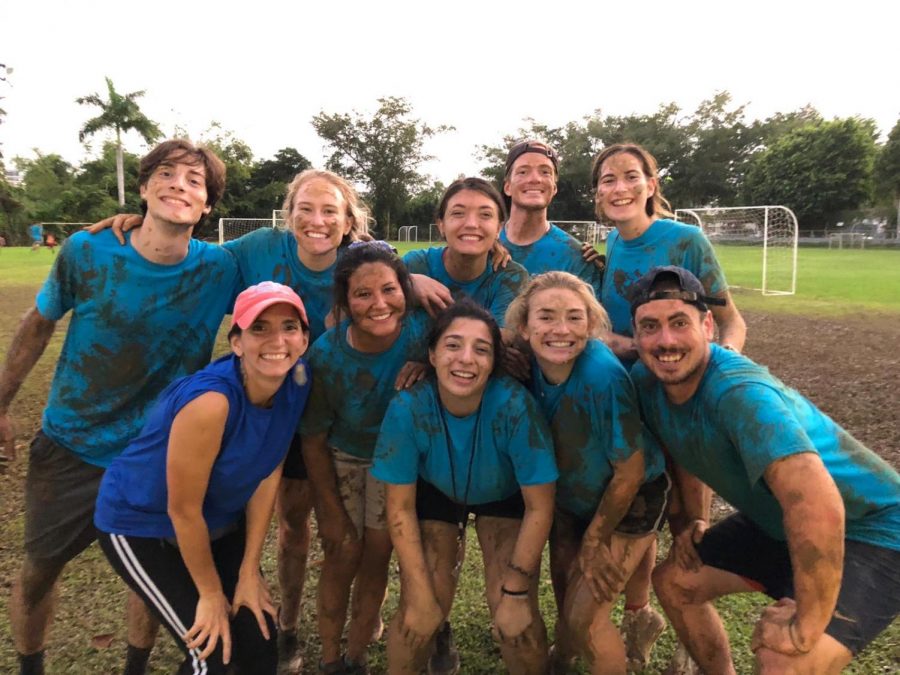 SMU's Team Puerto Rico felt called to remain on the island in the midst of a series of destructive earthquakes.

Eight Biola students and thousands of Puerto Rican residents woke to see picture frames falling from the walls and bed frames shaking violently on the morning of Jan. 7, 2020. In Ponce, homes crumbled to the ground and hundreds of residents slept in the streets at the center of destruction, fearing walls would collapse around them. This was one of several hundred earthquakes and aftershocks to hit Puerto Rico since last week, when the Student Missionary Union had a team on the ground in Guaynabo.
STUDENT MISSIONARY UNION
SMU sends out missions teams of students both domestically and internationally every winter break. This year, five different teams traveled to impact the world for Jesus Christ outside of Biola’s immediate reach. One of those teams flew to Puerto Rico with plans to lead a sports camp for youth and serve the local community on the northern side of the island.

“We just wanted to serve them and love them and pour onto those kids,” said senior business administration major Priscila Fuentes.

Team Puerto Rico, led by junior elementary education major Alex Muir, left the United States on Jan. 1, 2020 and volunteered with Christian Community Church, a local church in Guaynabo, for the next 10 days. On the seventh day, they experienced the beginning of a series of earthquakes.

“As a leader, in a lot of ways you’re responsible for the people on your team,” Muir said. “At four a.m. when the first [tremor] happened, I just called the missions organization that we worked with to let them know what happened and then I called [Chief of Campus Safety John Ojeisekhoba].”

The team experienced the mainshock, a magnitude 6.4 earthquake, on Jan. 7 but the quake sequence had begun just before they arrived on Dec. 28, 2019. The U.S. Geological Survey reported that more than 500 shocks at a magnitude of 2 or higher have occurred in the sequence to date.
SAFETY CHALLENGES
When the earthquake hit Ponce on the south side of the island, the Biola students were split up among their host family houses. Muir quickly got his bearing and referenced the safety procedure created by University Travel Safety and Risk Mitigation. He then verified the safety of his team and contacted Biola University personnel, including Ojeisekhoba. To protect the students, Campus Safety initially asked if the team needed immediate transportation to the continental United States. However, Ojeisekhoba said the team, host families and student guardians adamantly disagreed and expressed their desire for the students to finish out the trip, despite limited access to electricity and water.

“I spoke to the missions organization about safety protocols and I also spoke to three host families,” Ojeisekhoba said. “All three hosts confirmed that our students were safe and I told the main host that students had to stay away from the south side of Puerto Rico.”

By staying on the north side of Puerto Rico and monitoring aftershock predictions, the team was allowed to stay until their original return date of Jan. 11, 2020.

“I mean, naturally you see a need and you want to go be there for them,” Muir said. “[In the continental United States,] when a natural disaster happens [it’s] kind of every man for himself, whereas [in Puerto Rico,] the whole community comes together.”
BOUNCING BACK
As Puerto Rican citizens reeled from the natural disaster, the team decided to delay the start of its youth sports camp by one day. Instead, team members served an elderly couple affected by the quake and gathered together in prayer for their newfound community.

“Because we were able to stay even though that happened, it made us a lot stronger in our ministry,” said sophomore business administration major Billy Chedester. “We had a sense of urgency and more of a sense of purpose for each day, [knowing] not to take any day for granted because we could have left that day.”

The sports camp continued as planned over the following three days where each team member worked one-on-one with the youth. Team Puerto Rico stressed the importance of using the earthquake as a means to bring God and Christianity into conversations with camp attendees.

“We were filling care packages and loading up trucks and stuff for people on the south side of the island,” said freshman elementary education major Jessica Bell. “The next day, the people from the church were going to go down there and help them. It was super cool to see that, how their ministry doesn’t stop when we leave.”