The Eagles took a 39-point loss against rivals Azusa Pacific University, who dominated the Eagles, 85-46. 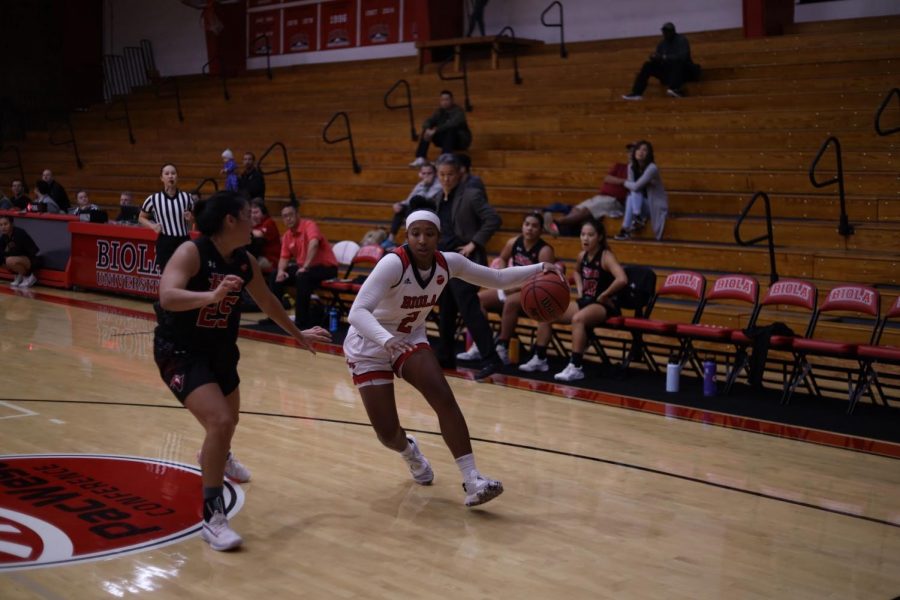 Women’s basketball entered into Azusa Pacific University territory on Saturday evening to compete in yet another rivalry matchup in the Cornerstone Cup. The Eagles, who were previously No. 2 in the PacWest conference, fell hard to the Cougars, losing by nearly 40 points, 46-85. The blowout has pushed Biola down to No. 5 in the PacWest.
TOTAL DOMINATION BY APU
BU entered the game sluggish, scoring only two points in the entire first quarter. Their slow start and 23.1% shooting from field-goal range allowed the Cougars to pull away quickly and stay on top the entire game. APU had complete control on the defensive end, shutting BU out consistently every quarter. The Cougars nearly doubled the Eagles’ points in the paint, 30-16. Azusa was more active, grabbing 19 points off of second-chance shots while Biola only accumulated four.

The Eagles (11-6 overall, 7-4 PacWest) will look to end their losing streak in a home matchup against Notre Dame De Namur University on Thursday, Jan. 23 at 5:30 p.m.