The nearby evangelical seminary's legal battle could determine how community standards at Christian universities apply to LGBTQ individuals. 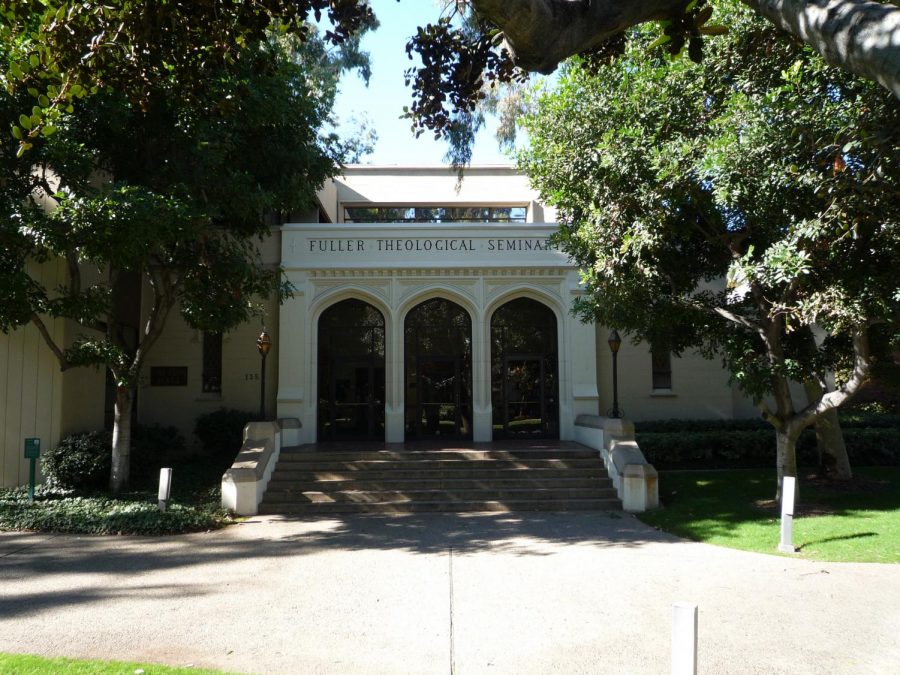 Fuller Theological Seminary, a multi-denominational Christian evangelical seminary in Pasadena is facing a lawsuit that alleges that the institution violated anti-discrimination laws by expelling students for being married to someone of the same sex. The second plaintiff, Nathan Brittsan, joined plaintiff Joanna Maxon’s suit just last week on Jan. 7, and each are asking for more than $1 million in awards, according to Christianity Today.

Fuller has hired the Becket Fund for Religious Liberty for legal representation in the case. Becket’s senior counsel Daniel Blomberg said the case could be dangerous for faith-based institutions.
EXPULSION LEADS TO LAWSUIT
Maxon first filed the lawsuit in November, alleging that she was expelled from Fuller for her same-sex marital status. Fuller Theological Seminary held that its community standards on sex and marriage justified the expulsion.

“Fuller Theological Seminary believes that sexual union must be reserved for marriage, which is the covenant union between one man and one woman, and that sexual abstinence is required for the unmarried,” the seminary’s community standards read. “The seminary believes premarital, extramarital, and homosexual forms of explicit sexual conduct to be inconsistent with the teaching of Scripture.”

The lawsuit claims Maxon’s expulsion violated Title IX, a 1972 education amendment that prohibits discrimination on the basis of sex in any education program or activity that is federally funded. Brittsan joined the lawsuit earlier this month, alleging that the school also expelled him for being in a same-sex marriage.

In defense, Becket has argued that both Maxon and Brittsan voluntarily agreed to the seminary’s community standards, which prohibit sexual conduct outside of a marriage between one man and one woman. In Becket’s summary of the case, they write that, as a religious institution, Fuller should be free to hold community members to religious and moral standards.
BIOLA’S RELIGIOUS EXEMPTION
Religious institutions can request for a Title IX exemption in order to preserve their rights to create policies on sexuality.

“In 2014, Biola University requested a Title IX exemption and in September 2016 it was granted in full,” Biola said in a statement emailed to the Chimes. “It allows the university to maintain its current practices and behavioral standards as we continue to care for the entire Biola community.”

Biola declined to comment on the lawsuit against Fuller. The university said that if one of its own students was found to be married to someone of the same sex, the school would determine its response after discussing the situation with the student.

“If students no longer wish to adhere to any of the university’s community standards, the university would have conversations with the student to understand the situation and determine appropriate next steps on a case by case basis,” the university said.
BIOLA’S STANCE ON LGBTQ STUDENTS
In October 2018, Biola released a statement that explained the school’s position on sexuality.

“Biola’s position on human sexuality is grounded in our long-standing institutional religious identity. Biola’s decisions on issues specified in the school’s policies are based on our Articles of Faith which have been untouched since Biola’s early years,” the statement read in part.

According to the student handbook, same-sex marriage conflicts with Biola’s position on marriage.

“Biola University’s position on marriage affirms the goodness of sexual relationships as designed by God to be expressed within the covenant of marriage between a man and a woman,” the handbook reads.

However, the university has reiterated its desire to care for students who identify as LGBTQ.

“Biola aims to offer a space that promotes openness for all students including those who identify as LGTBQ,” the university said. “Biola pledges to extend compassion and care for all students and the community as a whole, while providing accountability and assistance to support students in their desire to live consistently with Christian teaching and Biola’s community standards.”