The killing of Soleimani was justified and will not result in a war or significant numbers of additional deaths. 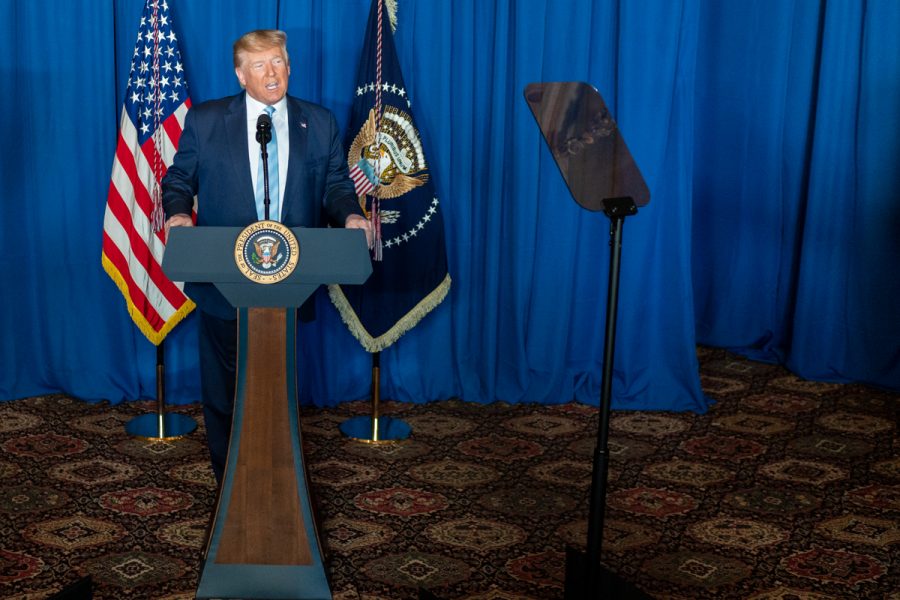 The first memes of the new decade were pretty much all about World War III. As funny as it was to read articles about the massive spike in Google searches for “how to dodge the draft,” it did strike me as more than a little ridiculous that several million young Americans, many of whom have never read a single legitimate news article in their lives, suddenly became experts in foreign policy and the ways of U.S. war making.

While recent events are certainly serious, they should not cause concern for the average American. The high tensions between the U.S. and Iran, sparked by the killing of Qasem Soleimani, offer no real threat toward war, pose no danger to the American people, and are very much worth the result of ending the terror threat posed by Soleimani.
THE STRIKE WAS JUSTIFIED
On Jan. 3, President Donald Trump authorized a drone strike to kill Iranian General Qasem Soleimani. This triggered instant international debate about whether or not the assassination of Soleimani was justified. After Soleimani’s death, Iran responded by firing airstrikes at Iraqi bases housing U.S. troops, which many believed to be acts of war—with the potential to escalate to a third World War.

Soleimani deserved to die. This statement should not be controversial, but it is. Qasim Soleimani posed a clear and present danger to American soldiers in the region, not to mention his own people, and his death undoubtedly prevented numerous future attacks. I certainly understand many Americans’ hesitation to endorse the U.S. openly killing a leader of another nation, no matter how dangerous and murderous. It is a rather concerning precedent to set.

That being said, in this case, death will bring greater stability and safety to Western allies in the region. Soleimani was under a UN travel ban at the time of his death, and should never have been in Iraq in the first place. Moreover, the U.S. does not have any official diplomatic relations with Iran, making it increasingly a stretch to call the killing of Soleimani an unjustified assassination of a foreign head of state.

Iran has been pushing the envelope against the U.S. and the West in general for years. In 2019, the country shot down a U.S. drone over the Strait of Hormuz and seized two oil tankers in the Gulf of Oman, with little to no real response from the U.S. This violent strike may have been dramatic, but it was overdue and necessary. Soleimani was a butcher, both of his own people and those of other nations, and the Trump administration made the correct call in killing him.
WAR IS NOT IMMINENT
To those Americans nervous about the possibility of a third World War, let me say something very clearly: there will be no war, nor was there ever any real threat of one. Even if there was a war, it would be a localized conflict more on the scale of the Gulf War than anything close to the two World Wars of the 20th century.

Recent missile attacks from Iran against American-occupied bases in Iraq are likely to be the extent of open hostilities. Trump has declared that he is ready and willing to accept peace if the Iranians are prepared to do the same.

Additionally, some sources claiming to be in contact with Pentagon officials are speculating that Iran intended for no Americans to be killed and minimal structural damage to occur. These officials theorize that Iran was simply putting forward a show of force for the benefit of their people, as opposed to actually launching a dedicated assault. This is because the Iranian government knows that any full-scale military conflict with the U.S. would not end well.
IRAN IS NOT A THREAT
Even if there was a war, it would be over very quickly. The U.S. spends far more on its military than any other country in the world. Regardless of whether or not that is a good idea, the fact remains that the U.S. military is the most powerful fighting force in the world today. The Iranian military may be large, but it cannot compete with the vast amounts of money available to the U.S. If there was any military conflict, and the U.S. actually decided to commit its full strength to the endeavor, it’s highly unlikely that Iran would be able to stand against the overwhelming force.

This question is irrelevant however, because it is abundantly clear that nobody involved—the U.S., Iran, Iraq or anyone else in the region—wants war between the West and Iran. By definition, a World War requires many countries to be involved. No other country has any interest in getting tangled up in any way between the U.S. and Iran. Trump does not want to be known as a war monger after promising to bring troops home and Iran does not want to face the full military might of the U.S.