The Eagles took home sixth place for the West Region in their first-ever appearance at the NCAA Division II National Championship. 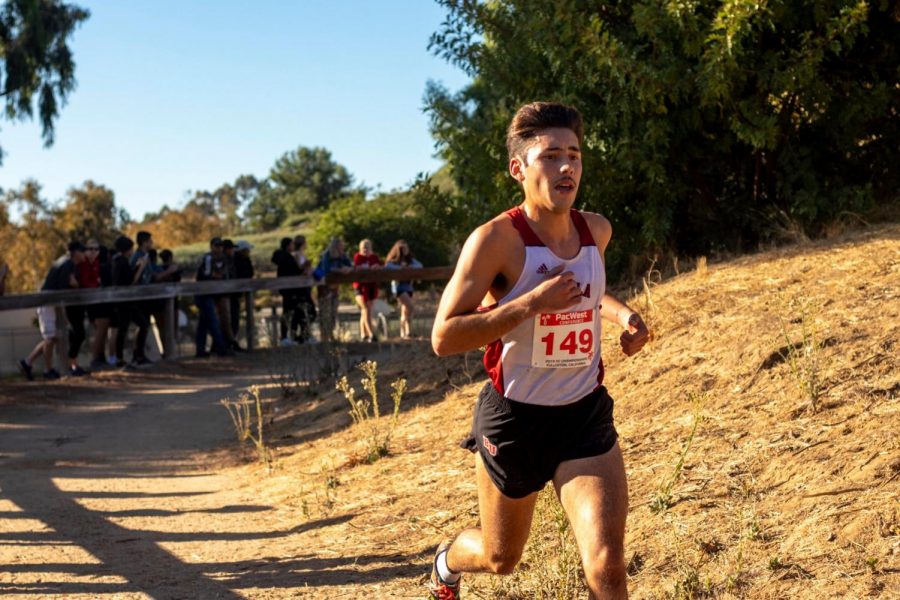 It was a historic and emotional day for Biola athletics up in Sacramento, as men’s cross country competed in their first-ever NCAA Division II National Championship. The Eagles came together to finish sixth in the West Region and placed 25th overall, with superstar senior Gabe Plendcio leading his pack. BU was able to rise above the underdog status as first-timers and prove their talent worthy by collecting 544 points in total.

Colorado School of Mines took home the first place NCAA Division II title.
ONE LAST TIME
Plendcio was the top runner for BU, placing 75th overall with a time of 31:18.2 in the men’s individual 10k. Junior Angel Escobar crossed the line shortly after Plendcio at 32:19, sealing the 25th placement for the Eagles.

Sophomore Brady DeHaven finished the season with a time of 31:38, followed by junior Gio Orellana who finished at 31:52 and senior Ryan Thompson who ended his collegiate career with a time of 31:59. Sophomore Jared Donnel picked up the heat later on in the race, earning sixth place out of his teammates at 33:19 while junior Ryan St. Pierre captured seventh with a time of 34:19.