When it comes to boycotting unethical corporate practices, consumers should choose instead to support customer-driven businesses. 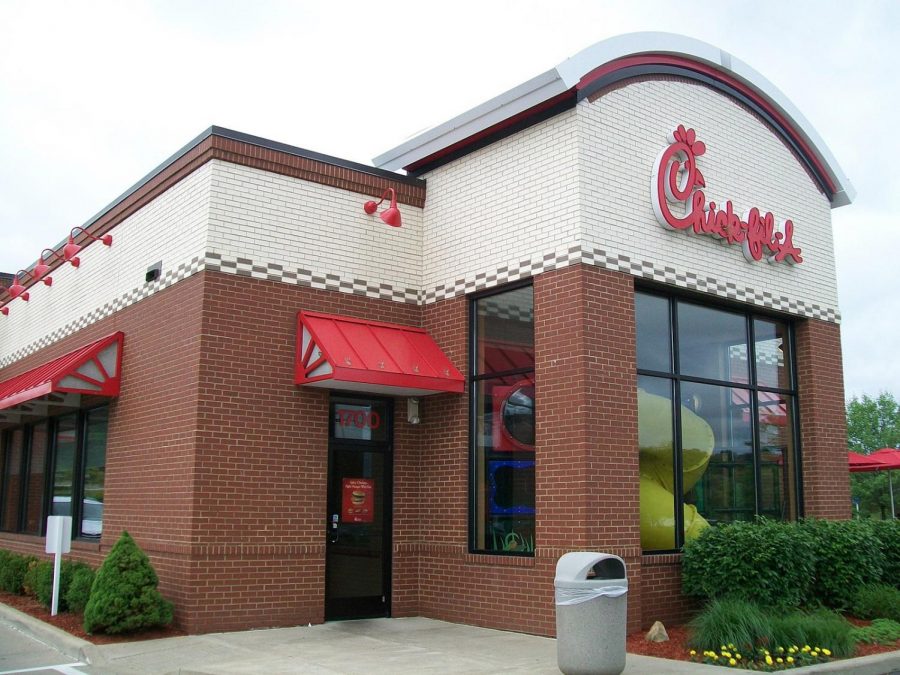 A chicken sandwich war began when Popeyes released a chicken sandwich that skyrocketed their sales, in competition with Chick-fil-A. According to Forbes, Popeyes quickly sold out of the sandwich after launching it in August, putting their net profits at an estimated $65 million.

Especially in competition with Popeyes, Chick-fil-A’s profits and business strategy has impacted their moral decisions. In attempts to focus their charitable donations on homelessness and education, Chick-Fil-A recently announced that it would refrain from donating to anti-LGBTQ organizations—Salvation Army and the Fellowship of Christian Athletes, according to the New York Times. While Chick-fil-A stated that its decision to cut donations to anti-LGBTQ organizations was not related to their competition with Popeyes, many speculated that the company was attempting to avoid controversiality that may deter customers.

There are many customers that choose to support either Chick-fil-A or Popeyes—not for the taste of the chicken, but for the moral and political views of the corporations. However, people deciding to buy a chicken sandwich at Chick-fil-A or Popeyes based on morality must understand that when they spend their money on clothing, coffee, groceries, movie tickets and streaming subscriptions, they are distributing their money to corporations that may not carry out ethical business practices. When it comes to boycotting corporate businesses based on morality, people should consider the ethical practices of all corporations and find ways to avoid economic support of ethically irresponsible corporations.
PROFIT-DRIVEN ETHICS OF CORPORATIONS
Throughout history, numerous corporations have placed profit before ethical practices. In his novel “The Jungle,” journalist Upton Sinclair uncovered the harsh conditions of immigrants in the meatpacking industry during the American Industrial Revolution. More recently, in April 2017, the New York Times reported that Wells Fargo opened bogus banking accounts to meet aggressive sales targets. Forever 21, a now-bankrupt clothing corporation promised cheap clothing to customers utilized unethical fast fashion practices, such as underpaying employees and using sweatshops with unfair working conditions, according to NPR.

Regardless of where consumers buy their chicken sandwich, those who patronize big corporations are supporting businesses whose first priority is profit. Many businesses promise that the customer is always first, but typically it is the customer’s money that always comes first.

Corporate businesses that are only concerned with profit will often compromise on their ethical practices if it means that they will make more money. From the meatpacking industry of the early 1900s to the fast fashion practices of Forever 21, people should remain skeptical of the ethical structure of corporate businesses, as profit and money tend to guide the actions of corporate industries.
COMPROMISING FOR CONVENIENCE
However, there are times when going through the Starbucks drive-through is much easier than homemaking a cup of coffee. Buying clothes from a store with more affordable fashion is much more convenient than making clothes or purchasing them at a more ethical business. Even buying a chicken sandwich from Popeyes or Chick-fil-A is easier than spending the time to make lunch at home from food that is ethically produced.

However, boycotting corporate businesses is not always convenient. It is much easier to compromise on supporting small businesses with more ethical business structures or making food with ethically grown products. This is simply because corporations can provide food, drinks and clothing more quickly and efficiently. Convenience over quality is a choice. When customers spend their dollars at a corporation, they support people profit-driven intentions and business structures that more often than not take advantage of people. Corporate businesses will continue to capitalize on morally questionable practices if people continue to support them simply because of convenience.
SPENDING WISELY
Ending unethical practices by corporations demands much more than choosing to buy a chicken sandwich at Chick-fil-A or Popeyes. People must choose with every purchase to support ethical businesses. By taking the time to spend money knowing who it supports and impacts—rather than purchasing products from a corporation where money flows through a vast, ambiguous distribution system— consumers practice consideration for what their money supports.

There are many ways that people can practice wise spending by choosing to avoid corporations driven solely by profit. Choose to shop locally, ethically and in moderation. Though it may cost more money to buy clothes at a local store or be more inconvenient to drive to a farmer’s market for food, money will directly support local businesses that are often more customer-driven. Whether it is a chicken sandwich or a cup of coffee, it is time to support ethical customer-driven business rather than unethical profit-driven corporations.