The event meant to raise awareness about human trafficking. 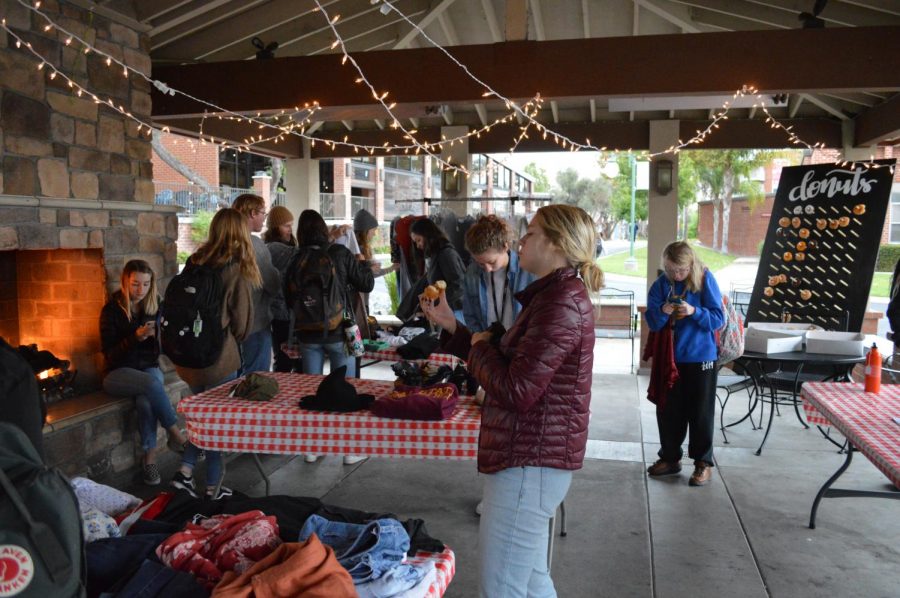 In an effort to bring awareness about human trafficking, the Breaking Chains club hosted a pop-up thrift shop for students to purchase clothes at an affordable price while they learn about the anti-human trafficking goal of the club. Hosted at the Fireplace Pavilion, there were racks and tables that displayed tops, pants and shoes. The club created a space for students to be mindful of this social issue.
INTERNATIONAL JUSTICE MISSION ORGANIZATION
Along with bringing awareness about human trafficking, this event is also raising money for International Justice Mission, which brings women out of brothels, and men, women and children out of labor trafficking in places like Downtown Los Angeles.

Junior sociology major and Breaking Chains member Sydney Perry said that the pop-up thrift shop is intended to focus on and help change human rights abuses caused by fast-fashion retailers. “Fast fashion” is characterized as an aspect of the fashion industry which consists of faster production and low costs.  The fashion industry’s attempts to cut costs may lead to poor working conditions and low wages, according to the University of Alabama Birmingham’s Institute for Human Rights.

“Fast fashion is a big thing that has to do with human trafficking and labor that’s happening in that industry, so having a pop-up thrift shop helps to kind of end that a little bit and bring awareness,” Perry said.
BENEFITS FOR STUDENTS
By putting on a pop-up thrift shop on campus, Perry hopes this event will help students feel confident in the clothes they purchase and learn more about human trafficking.

“I hope that they feel good about themselves,” Perry said. “I think sometimes when we buy clothes, it can be a stressful time, especially right now. Hopefully this can be a stress-reliever but also helping with the cause.”

Freshman biological science major Lizbeth Diaz said the members of Breaking Chains have helped bring awareness about human trafficking by opening up an opportunity to thrift on campus.

“It’s cool because it’s like an attraction, but once you start talking to people they inform you more on the reason behind it,” Diaz said.