The Eagles round out the regular season with a hard-fought victory over the Sunbirds. 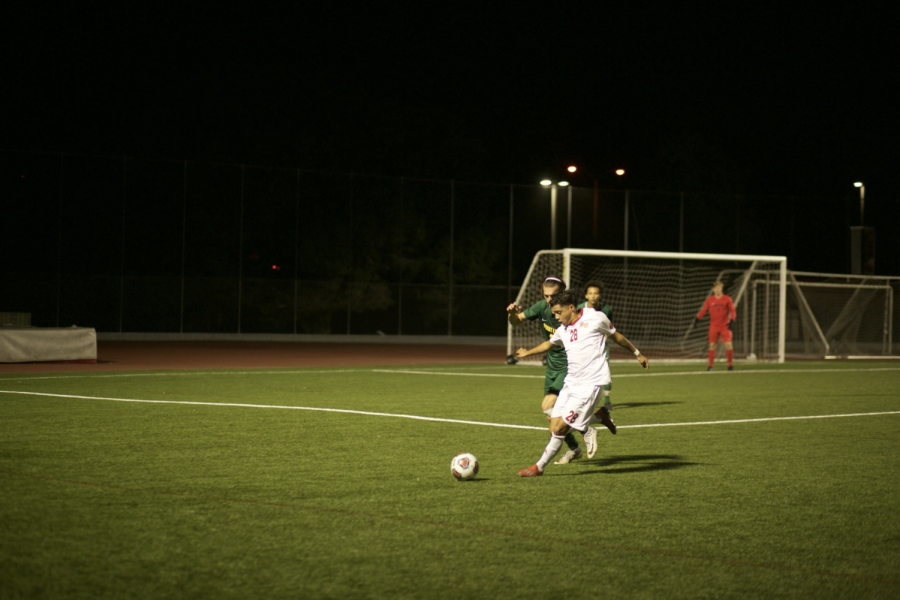 It was a physical night in Fresno, California as the men’s soccer team battled it out against the Fresno Pacific University Sunbirds on Saturday, Nov. 16 in their final regular season game of 2019. The first half remained scoreless for both teams. It wasn’t until the second half that the offensive energy picked up. The Eagles scored two goals in the back half of the game, topping the Sunbirds 2-1.

Between the two universities, seven caution and ejection yellow cards were given, four of which were to the Eagles. Each squad had 13 fouls by the end of the night.
SECOND HALF SUCCESS
The first half was slow on the offensive end, as neither team was able to find the net. Biola went into the half fired up, but scoreless. It was in the second half was when the game got heated. FPU was first to score in the 57th minute. However, just 27 seconds later, an assist by senior forward Leo Thompson gave sophomore midfielder Oscar Rubalcava the opportunity to find the back of the goal, giving the Eagles their first tick on the scoreboard for the night. The offensive game halted for both teams. It wasn’t until freshman midfielder Jack Kilgallon fed the ball to freshman forward Alex Lugo who was able to score the winning goal for Biola.

The Eagles (8-7-3 overall, 6-3-2 PacWest) round out the 2019 regular season and will wait to see if their performance earned them a spot in postseason play.