Torrey students bring the Shakespeare classic to the stage. 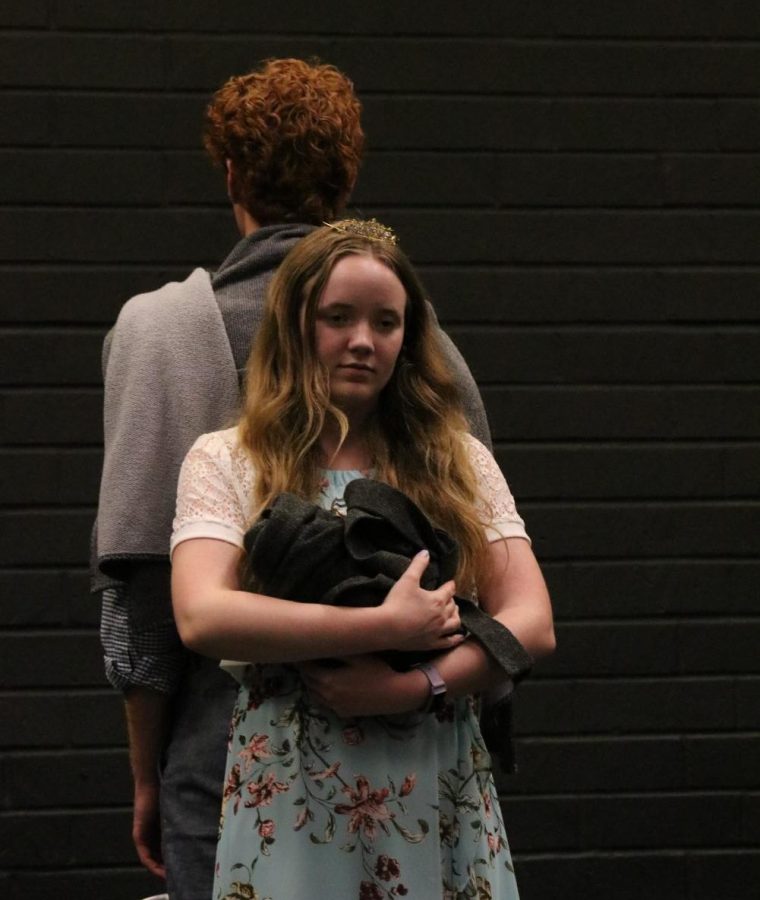 From memorizing long monologues to learning a French dialect to speak in early English iambic pentameter, performing Shakespeare’s “Henry V” comes with a unique set of challenges. Who better to tackle these challenges than the literary experts themselves, Torrey Honors Institute students? The entirely student-run production allows students to practice what they love while building a close community that shares inspiring messages with the Biola community.
NEW LEADERSHIP
Although the two first-time directors are new to their roles, their passion for theatre and this specific play has allowed them to execute their vision well.  In just about a month and a half, they have overcome the obstacles that come with putting on a Shakespearean show, such as condensing a script that was originally three to four hours long and condensing a cast of 50 to a cast of about 20.

The directors turned the story into their own by bringing new life to an old script, putting their own creative twist on costumes and set and giving the cast creative freedom to turn the characters into their own. For co-director and junior biblical and theological studies major Jesiah Bozich, this has been his favorite part about working with this group of people.

“These people all have unique things that they bring to the table, and watching that and getting to foster that is just amazing,” Bozich said.
RICH COMMUNITY
The cast has established a firm, rich community while bonding over their appreciation for Shakespeare. The cast and crew have the opportunity to do what they love with caring people who fill the theatre with sounds of joyful laughter and loving encouragement during each rehearsal. Senior psychology major Amelia Vance, who portrays Michael Williams and Alice, is thankful for the incredible friendships that have been formed through the production.

“It has been a really neat opportunity to engage with the fullness of community,” Vance said.

Torrey’s theatre productions allow students of any major, age and walk of life to collaborate and build relationships with one another, whether as mentors, mentees or friends to rely on.  Freshman nursing major Catalina Park, who portrays Princess Katherine and the Earl of Salisbury, has enjoyed befriending fellow cast and crew members.

“I’m really grateful to be able to be friends with upperclassmen and have mentor-type people, especially within Torrey,” Park said.
IMPORTANT MESSAGE
Despite the difficult challenges of performing a Shakespearean play, the students behind “Henry V” hope that the production will help audiences to recognize the underlying theme of the story–that at the core, we are all equally human. The production emphasizes that everyone has human vices and virtues, and helps audiences decide how to love each other through that. The costumes also reflect this theme, with the entire cast wearing white shirts, blue jeans and black shoes, emphasizing their equal value.

“I hope people come away with a sense of shared humanity,” Vance said. “We’re so apt to define each other by our differences.”

In addition, the students hope that audiences walk away with a greater appreciation for Shakespeare. Because Shakespeare’s plays were meant to be watched and performed, the cast and crew of “Henry V” are excited to perform this story for the Biola community.

“Henry V” will be held in Mayers Auditorium from Nov. 15-17. Tickets can be purchased for $5 at the Torrey office in Emerson Hall.