The enneagram test should not define personality

The enneagram helps people understand their strengths, but it should not define personality. 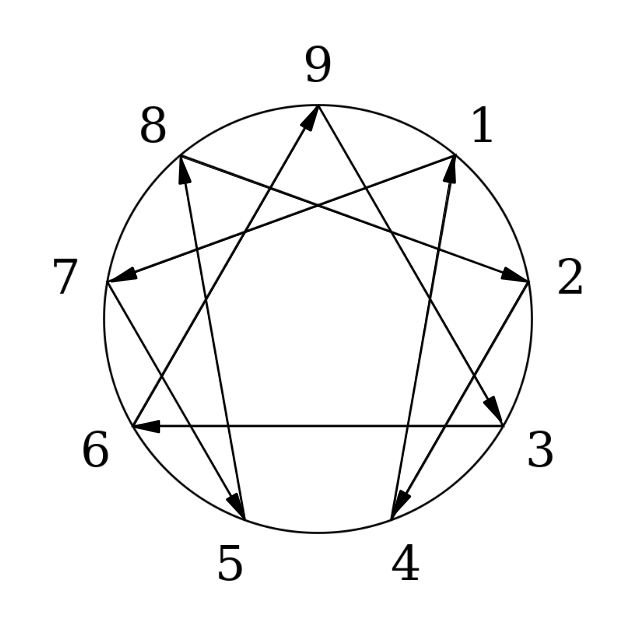 The enneagram test should not define personality traits.

From club icebreakers to classroom conversations, “what’s your enneagram number?” is a question Biola students hear nearly every day. The enneagram is a personality test that stems from the Greek word “ennea,” meaning nine, and “grammos”—a written symbol—according to the Narrative Enneagram. True to its Greek root words, the enneagram is a symbol, incorporating the numbers 1-9 that represent nine personality types: the reformer, the helper, the achiever, the individualist, the investigator, the loyalist, the enthusiast, the challenger and the peacemaker.

After taking the enneagram test—many of which are available online—the test determines a basic personality type, a description of the type, as well as which “center” coincides with the given number—heart, head or body. The different centers of intelligence specify whether you make decisions primarily based on spontaneity or “gut” decisions, feelings, or logic and reason. Additionally, the results include information about wings, which are one or two additional number types that are not as dominant as the basic type, but still contribute to overall personality.

Read more “enneagrams reveal the depth of our personality.”

The problem with the enneagram test—especially with its increasing popularity within Christian circles—is that people have developed type-based self-images. People use the test to define themselves with numbers—I am an eight or a three, wing two. In approaching conversations, relationships and self-image, despite possible inaccuracies, even students at Biola let the enneagram test guide their judgment of themselves and others.
DEFINING SELF IMAGE
The enneagram test follows some psychological theory, however, the validity of the test remains ambiguous. Operating much like a horoscope, the enneagram test makes broad generalities with personality descriptions that embody character traits many people can relate to. Additionally, the enneagram test was created by humans, which means people should be skeptical of possible flaws and partiality.

However, despite its generalities and flaws, an argument often made to support the enneagram test in Christian societies is that it allows people to understand their spiritual gifts, as well as sinful tendencies. The Gospel Coalition reports that a major problem with this argument is that spiritual gifts cannot be traced with laboratory-like DNA. Personality traits, spiritual gifts and sin cannot be defined by a 40-question survey. A questionnaire may be helpful in understanding strengths and weaknesses, but it should not be used to determine and define personalities. Many people, including Biola students, have allowed the enneagram test to do just that.

It is not uncommon to hear a statement at Biola much like the one described in Psychology Today, “Well as a three, I felt like I really needed to finish the 10k in less than an hour.” College students often detest GPAs and Scholastic Aptitude Test scores, saying they do not want to be defined by a number. However, when it comes to the enneagram test, students are more than willing to be defined by a number given to them in a survey. For many, this impacts the decisions that they make and how they perceive their own self-image.
JUDGING OTHERS
Not only do people allow the enneagram test to define themselves, they also let the test define their perception of others. When approaching conversations and asking friends what enneagram type they are, people often let that answer form biases about their personality, actions and beliefs, without actually getting to know their personality through asking deeper questions or assuming their answers correlate with their enneagram type.

According to The Gospel Coalition, discovering spiritual gifts and understanding how strengths and weaknesses interact with others can be found through getting involved in the lives of others, especially through church and loving others just as Jesus did. An enneagram number should not be used to define the judgments of others. Instead, as Christians, when it comes to relationships, we should love others as Jesus did and allow the time that we spend in thoughtful conversation and love of that person define our relationship with others.
COMPLEXITY OF PERSONALITY
In 1 Corinthians 12, Paul addresses the importance of unity and diversity of all Christians in the body of Christ. In 1 Corinthians 12:27, Paul states, “Now, you are the body of Christ, and each one of you is a part of it.” The enneagram should not be used to define our identity as Christians and determine how we judge others that have equally valuable identities in Christ, rather our identity should be defined in Christ through Scripture. Every person is valuable and every person has gifts given by Christ. These gifts should not be defined by an enneagram number, but by the one who predetermined and chose our gifts and personalities before we even existed.

The enneagram test is only a fad. As believers and followers of Christ, we should not waste our time trying to define ourselves with an enneagram number that will not matter five years from now. Instead, we should spend our time finding our identity in Christ through Scripture and learning to love others in representing Christ, rather than labeling ourselves and others with a number.