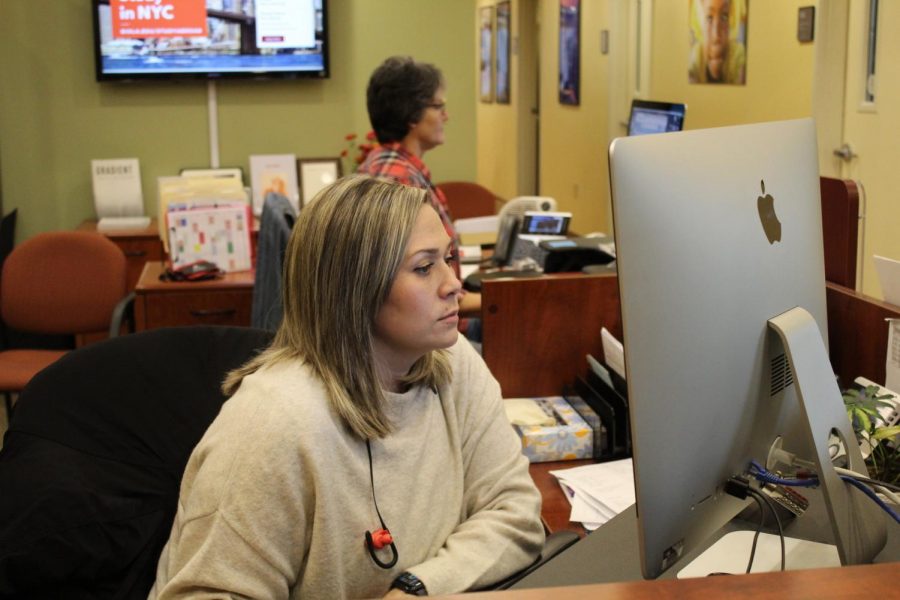 “This gives both the media and journalism side as well as the P.R. side a chance to elevate our voices,” Kim said.
GROWTH OF PUBLIC RELATIONS
One of the reasons for this “relaunch,” as Kim phrased it, is the growth of the public relations department.

Public relations had been a concentration of the journalism major since 2007, according to Longinow. It became a major under Kim’s leadership in 2014. She said last year the faculty celebrated having 100 students, while this year, the number jumped to 125—a big jump for a small program.

“It’s a little surreal for me to look back and see all this growth,” Kim reflected. “Because my goal when I came was to get us a major and then to make sure the major was growing and now we’re here.”

Next year, the department will grow even more with the addition of an online bachelor of science degree and an online masters program.

Longinow partly credits this growth to Kim, saying that she is a good teacher and a good networker as well. She helped grow Biola’s chapter of Public Relations Student Society of America, which grew from three to 50 members in three years, and the 6th Street Public Relations agency. Kim also mentioned the industry’s growing recognition of the need for public relations, citing the fact that many companies now have the position of Chief Communications Officer, which she views as an exciting indicator of public relations’ growth as a profession. Both Longinow and Kim said the fact that Biola has a public relations major at all has also largely contributed to this growth, since many Christian universities do not have public relations programs.

“I think at the end of the day, my hope is that Biola public relations is known for developing leaders and influencing movements in biblically-centered ways,” Kim said. “As we’re launching, I think we’ll continue with the robust education we’ve provided always and have become known for… But I think we’re going to expand it so more students have access to this kind of education.”
THE RELAUNCH
The separation will allow each department to better focus on the needs of their own program. Having a chair over each program will lighten the load of the job considerably, especially in light of adding the new public relations degrees next year.

Longinow says the change will allow the journalism department to innovate and focus on multiple concentrations within the major. He would also like to see the department offer more urban outreach experiences and trips outside the country and form more alumni networks. He acknowledged that the change may cause some confusion about class requirements for students that started the program before the change, but said that the staff is available to help with any conflicts.

One other downside to this split, Kim mentioned, is a perceived loss of connection. However, though the two departments will be distinctly different, she says that those distinctions will allow for better collaboration opportunities.

“This relaunch for both programs is a huge milestone and statement to the excellence they’ve both had,” she said. “This is a moment I think we’re going to look back on and say, ‘Wow, that really positioned us well for what’s to come.'”

This article was updated on Nov. 13 at 9:14 a.m. with corrections to Professor Anna Sinclair’s title and Professor Carolyn Kim’s involvement in PRSSA.