Men’s soccer gets shut out against CUI

The Eagles fell to Concordia University Irvine in a 0-2 defeat. 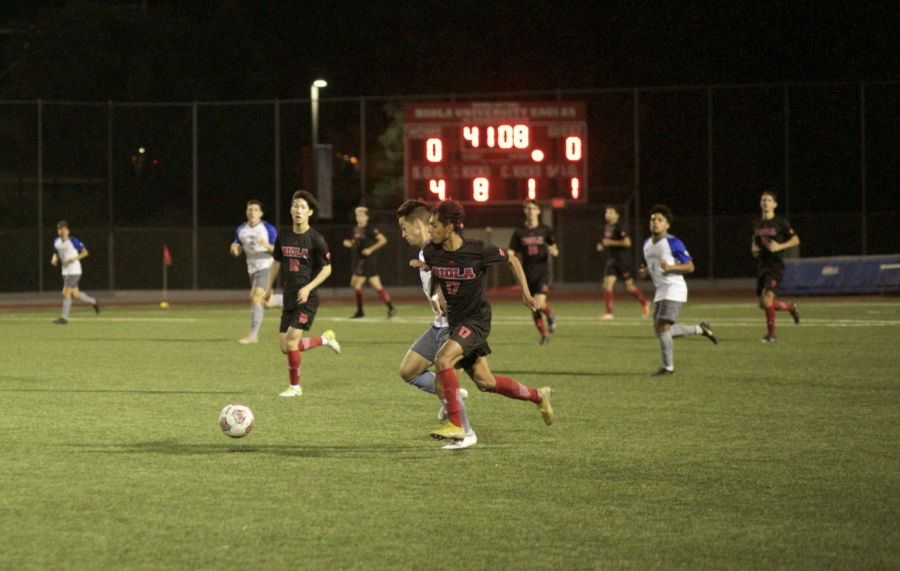 Men’s soccer took on another road match in Irvine, California against Concordia University on Thursday afternoon. The Eagles defense kept the game scoreless in the first half but fell out of sync in the second half, allowing two goals in the Golden Eagles victory over BU, 0-2.
EXHAUSTED EAGLES
Half one was promising. The Eagles were able to keep CUI out of the goalie’s net even with 23 shots on goal for the entire game. Freshman goalkeeper JD Gunn was the leading factor in the strong defensive performance for Biola. Gunn made nine saves on goal to put a halt to the Golden Eagle’s threats. Junior forward Jack MacDonald took the intensity of the game to the point of earning a yellow card in the 43rd minute.

However, the second half was much different. The Eagles defense became soft after holding CUI off from 15 shots on goal. Concordia found their first goal during the 68th minute of play, and shortly later recorded their second and final goal in the 83rd minute.