The fatigued Eagles fell to Concordia University Irvine, 1-2, for their second loss of the week. 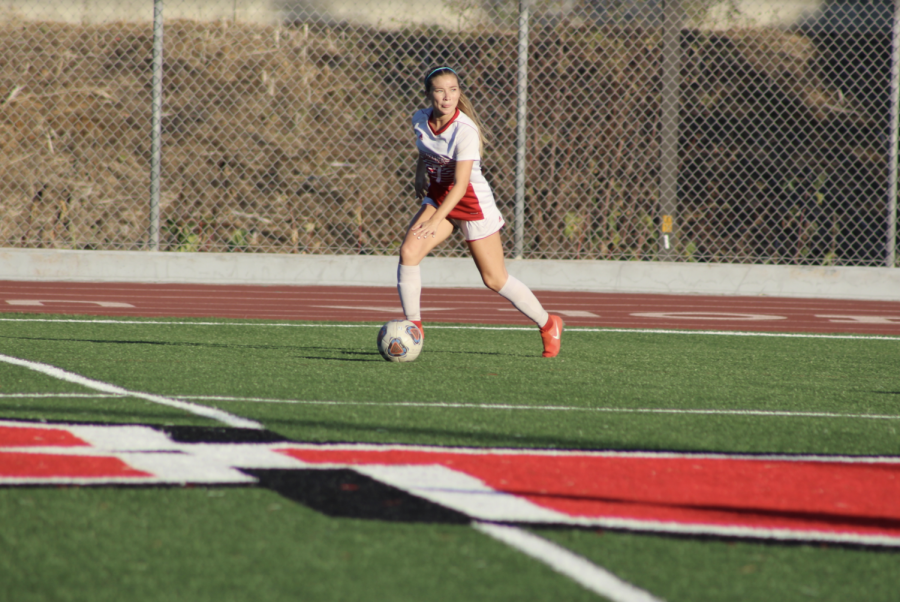 Women’s soccer played against Concordia University Irvine on Thursday, Nov. 7, after having just played two days prior against rivals Azusa Pacific University. The Eagles got on the scoresheet, but ultimately lost the game 1-2. The team has fallen out of their nine-game PacWest winning streak with both of these back-to-back losses.
TIRED WINGS
The first goal came late in the 74th minute for the Eagles. Senior forward Sarah Yang found the back of the net and was assisted by freshman midfielder Halie Jamir. This was Yang’s fourth goal of the season. Six other Eagles had shots in the game, including: Jamir, junior forward Madi deMetropolis, senior defender Colie Martin, freshman forward Christine Goodman and sophomore midfielder Katelyn Penner.

Shortly after in the 76th minute, Concordia equalized with a goal from freshman forward Jadenn Carillo, which was her ninth of the season. Carillo then came right back and scored again in the 78th minute to get the lead and secure her side the victory. The Eagles had a chance in the 86th minute, but the shot from the Biola goalscorer Yang was saved by senior goalkeeper Kaelyn Whitcomb. Whitcomb ended the game with four saves for Concordia.