Despite a promising start, the band plays it safe in latest release. 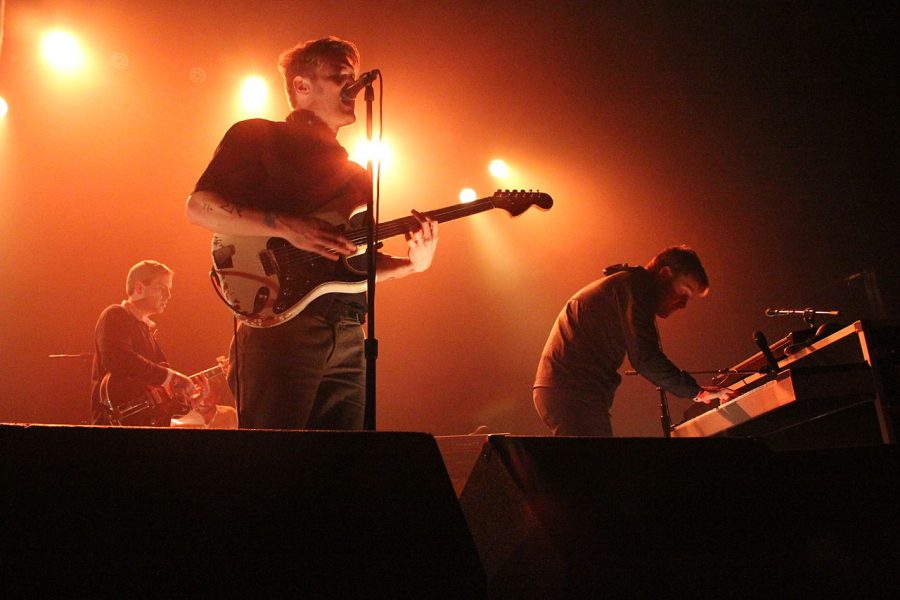 In the summer of 2018, Biola alumni and rock band Cold War Kids were on tour while the highly prolific Kanye West released five new albums from his label, G.O.O.D. Music. These albums were only seven tracks long and this format inspired the band to create a three-volume album, with “New Age Norms 1” as its first release. Despite this interesting concept, “New Age Norms 1” sounds anything but interesting.
A PROMISING START
In the same radio interview that announced the album, frontman Nathan Willett said they want listeners to “feel like [they] are listening to music made the night before.” Unfortunately, the band’s strange optimism does not bode well for most of the tracklist. Opening with “Complainer,” the narrator encourages listeners to quit being lazy and start taking control of their lives. This story is complemented by a bassline and vocal performance from Willett that sounds urgent and ready for action. These blended elements create one of the most memorable openers of a Cold War Kids album.

The band maintains momentum with the next two tracks, “Fine Fine Fine” and “Waiting For Your Love,” the latter of which is the most sonically diverse in the record. For the first time, the band dips their toes into funk and disco, with a bassline that’s sure to get stuck in any listener’s head.

Willett sings out one of his best melodies, “I’ve been waiting for your love,” as he encapsulates the feeling of finally being with the one person you’ve always wanted to be with.
MADE THE NIGHT BEFORE
After these three tracks, however, the quality dips. In “Beyond the Pale,” the band presents an unoriginal piano ballad that doesn’t differentiate itself from many others. The theme of commitment issues in a relationship pique listeners’ interests, but the rest of the track fails to branch out of its typical pop-rock sound.

“Calm Your Nerves” has a catchy chorus, beginning with the shouting of “Oh” that, while nothing new for a rock band, is something that listeners can sing along with. “Dirt In My Eyes” and “4th of July” try their hand at making catchy choruses and interesting lyrics, but fail with weak vocals across the entirety of these tracks. Closing the album, “Tricky Devil” stands as the longest song in the tracklist at four minutes and 35 seconds. Despite its gradual buildup, the band fails to finish strong, leaving the album feeling unfinished. This closer, unfortunately, does not provide much excitement or anticipation for what could come in the subsequent releases.

The album showed much potential in its opening tracks. However, the album’s short length is credited to monotonous tracks that provide nothing new for the band’s sound. Hopefully, in the continuing volumes of this three-volume concept, the band can progress their sound more and take more risks.