The Eagles fought hard but could not grab the win in their first matchup of the season against Azusa Pacific University. 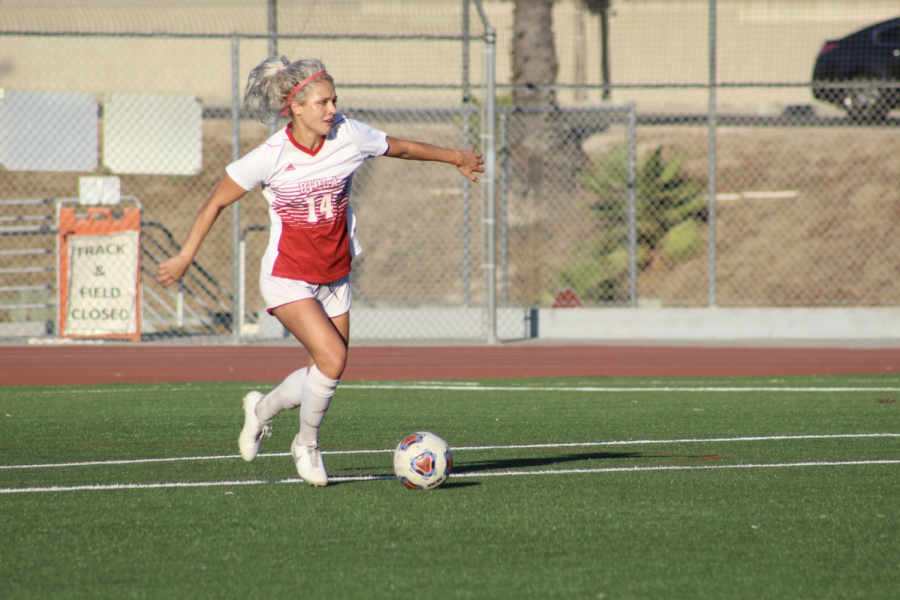 Senior Madyson Brown get ready to punt the ball.

Women’s soccer visited Azusa Pacific University on Tuesday, Nov. 4 for the first game of the season between the two rivals. The Eagles got off the mark first, scoring in the first half, but that was not enough as APU scored two goals in the second half to win 2-1.
FIGHTING SPIRIT
The Eagles came out firing in the first half, taking a total of four shots before the first period ended. However, the only goal came from a solo effort sent in by sophomore midfielder Katelyn Penner in the 42nd minute, just before halftime. Senior goalkeeper Christina Rodriguez was also busy in the first as she kept three of the Cougars shots out of Biola’s goal. Sophomore forward Sandy Hawryla, senior forward Annmarie Alvarez and senior defender Madyson Brown all took shots on goal in the first as well.

In the second half, the Eagles were unlucky to grab another. The team combined for six more shots in this period, however only two were on target. The Eagles defense fell to a quick second half goal in the 52nd minute, and then conceded one more in the 82nd minute, making it 2-1, and a comeback tough to achieve with such little time left. This resulted in the Eagles’ first loss since Sept. 12 against Seattle Pacific University.

The Eagles (10-4-1, 7-1-0 PacWest) will be back on the pitch on Thursday, Nov. 7 In Irvine, California to face Concordia University Irvine.