Rock on with these Cold War Kids essentials

Before diving into the alumni's latest release, listen to the band’s essentials. 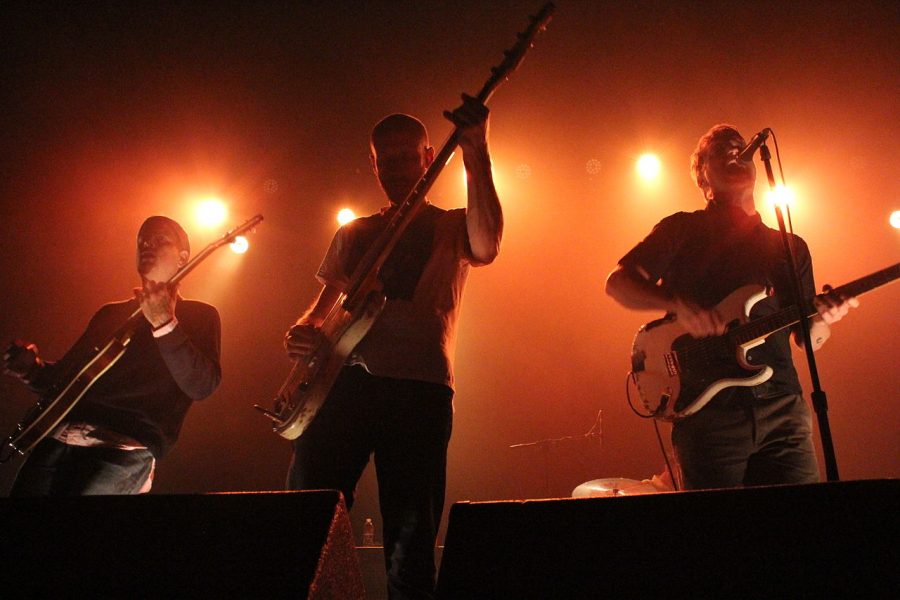 “Mexican Dogs”
Beginning with a pulsating guitar line introduction, the band establishes their fierce rock sound and introduces the story of a lone wolf-type caricature who is willing to take down anything that comes their way. The impassioned vocal performance coupled with hard-hitting instrumentation produces one of the most memorable songs from the Cold War Kids’ back catalog.
“Relief”
With a bass-heavy synth and a catchy bass guitar progression, “Relief” hooks listeners in from start to finish. Similar to “Mexican Dogs,” the song represents the band’s 2000s rock sound, reminiscent of The Black Keys. Before they ventured into pop-rock territory, they established themselves as a standout band.
“Louder Than Ever”
Unsurprisingly a fan favorite, listeners can relate to lyrics about losing feelings for a significant other. The melody line in the chorus stands as a powerful moment for frontman Nathan Willett. From the band’s “Mine is Yours” album, the track illustrates the band’s improvement in songwriting and vocal performances. Needless to say, from this point on, fans notice their improvement loud and clear.
“Sensitive Kid”
The themes of distrust and skepticism regarding a new father figure result in a unique track, showcasing Willett’s flexible vocal abilities in the track’s short choruses. Not to mention, the minimal bass hits and background piano cadences contribute to the band’s high-quality production.
“Miracle Mile”
Displaying an unusually cheery tune, fans of their dark sound were most likely taken aback by the track. However, the band includes genuine lyricism about wanting more out of life, advising listeners to “come up for air” and to not be overwhelmed by the craziness of life. The energetic song further complements the lyrics and progresses the band into new directions.
“Hotel Anywhere”
When most bands hit their fifth album, they’ve most likely run out of steam, eventually fading out. However, the alumni produced their best album yet with standout tracks “First,” “All This Could Be Yours” and “Hotel Anywhere.” The latter impresses with its catchy guitar lick and its drums, radiating upbeat energy. New listeners could not pick a better track for their first taste of Cold War Kids.
“First”
This song brings an uncertain message about relationships. It’s anthemic and another essential listen. At this point in the band’s career, Willet exudes strong confidence in his songwriting and performing abilities. In “First,” he captivates listeners with his unique vocal passages.
“Waiting For Your Love”
With the release of their latest album, Cold War Kids started a new direction for the band, implementing pop elements into their music. During their tour last year, Kanye West released five albums from his label, G.O.O.D. Music. His releases inspired the band’s attempt with the short-album format. The first single off of their album, “Waiting For Your Love,” brings an exceptional blend of funk and pop. The catchy tune at the core of this track along with a groovy bassline set up a fresh direction for the indie-rock band.