The president’s foreign policy has created a safer world. 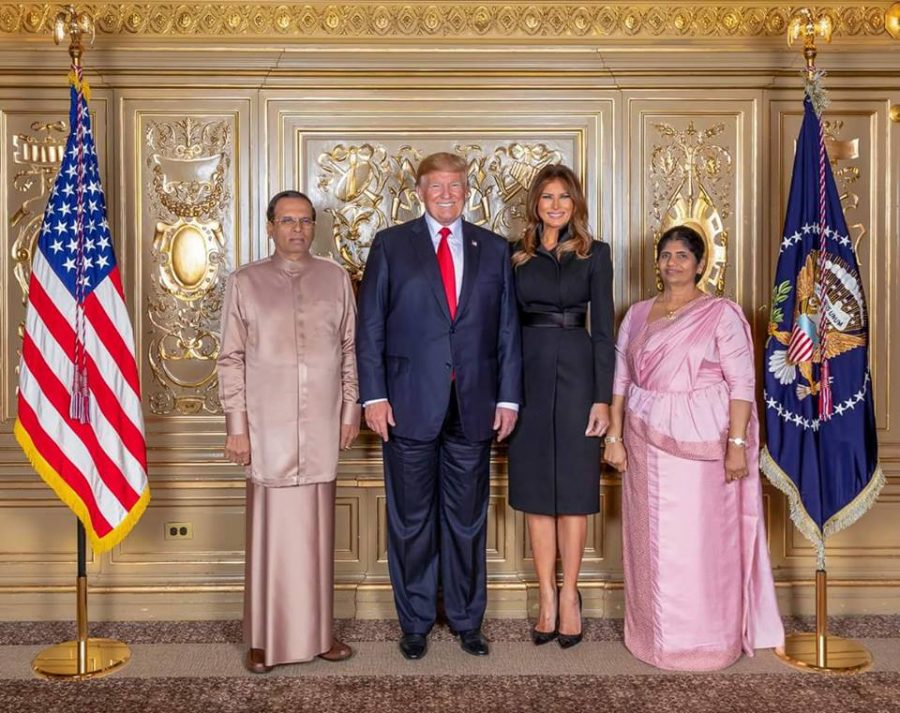 Followed by American K-9 units and U.S. Special Forces, Abu Bakr al-Baghdadi fled into a tunnel hidden within a compound in Northern Syria during a nighttime raid on Oct. 26. With the Special Forces following closely behind the K-9 Unit, the ISIS leader had nowhere to run. Instead of choosing to turn himself in, al-Baghdadi, who had a $25 million bounty on his head, activated the suicide vest he wore, killing himself as well as three of his young children, according to Fox News. Al-Baghdadi’s remains were buried at sea and his legacy of terror faded. The operation was led by the Special Forces and was named after Kayla Mueller, a young Christian American who was kidnapped, raped and killed by al-Baghdadi and others.

Since 2010, Abu Bakr al-Baghdadi led ISIS in Syria. With his recent death, ISIS spokesperson Abu al-Hassan al-Muhajir was rumored to replace him. However, al-Muhajir was killed by U.S. Special Forces on Oct. 28, two days subsequent to al-Baghdadi’s suicide. With the bravery of the Special Forces and President Trump’s leadership, this decision revealed how Trump governs America with attention to efforts abroad that not only protect America, but all those impacted by ISIS. This is the latest display of Trump’s leadership, especially in regard to foreign policy and putting safety above all.
THE PRESIDENT’S FOREIGN POLICY
In his foreign policy address in 2016, prior to his presidency, Trump claimed he would create a policy which “replaces randomness with purpose, ideology with strategy, and chaos with peace.” In three short years, Trump has completed what he has promised.

His “America First” policy prioritizes the U.S. above other nations in trade, safety and aid. This is his duty as president: to serve and protect the American people.

Regarding foreign policy, the White House states that the president is “leading a coalition of strong and independent nations to promote security, prosperity and peace both within America’s borders and beyond.” The White House says that the president is passionate about helping nations find their right “to determine their own futures.”
POLICY IN ACTION
During the State of the Union address in February 2019, Trump touched on U.S. relations with various countries and revealed how his administration completed many tasks. Take North Korea, for example. The landmark summit with Kim Jong-un, Supreme Leader of North Korea, marked a pivotal moment in the world’s history. According to Reuters, the second summit did not end as well as it could have. North Korea requested that the U.S. remove sanctions, but Trump refused. Because of this, there was no nuclear arms deal. Regardless of the failure to reach a new deal, it led to a meeting that helped begin “an era of peace” for South Korea.

The Associated Press reported that the hostility between South Korea and North Korea ended after the spontaneous third meeting between the U.S. and North Korea at the Korean border. President Moon Jae-in of South Korea said this has the potential to begin “an era of peace” between the two rival nations who have been at war since 1950. While some called Trump’s meeting with North Korea a failure because they could not reach a nuclear arms deal, others see how he contributed to the reconciliation between two neighboring countries.

Another example of the president’s effective policy is with China. Throughout his term, the president has been working with China to create new trade deals that could benefit both nations, but particularly American farmers, according to Fox News. This week in the stock market, various markets in Asia grew in hopes of a deal being reached between the two countries. Not only has the beginning of this trade deal given China a better economy, but Wall Street has also been growing as well, according to stock market reports. This is a prime example of how the president’s foreign affairs have given America and beyond more economic prosperity.

As early as last week in a controversial action, the president ordered the removal of U.S. soldiers from Syria. This action caused severe, bipartisan backlash from members of Congress. However, the president kept his word to bring American soldiers home from wars that are nearly over. Soon after, Turkey attacked the Kurds, resulting in the deaths of many Kurds. Turkey and the Kurdish people have been in conflict for decades. Many blame the president’s actions for the attack from Turkey, but the president worked to restore peace in that region, resulting in an agreed ceasefire. Turkey, a key allied nation in the conflict, has tremendous power in the region. It is not easy or simple to deal with countries like Turkey.
STRONG YET EFFECTIVE
Foreign policy is one of the most complicated tasks that the government faces. Not only is the U.S. government trying to help struggling nations and protect the weak, but they are also trying to find innovative ways to grow more competitive and strong as a nation. While President Trump’s actions may often seem harsh, they are for the benefit of the country and the world as a whole.