SGA can now work with their full contingency. 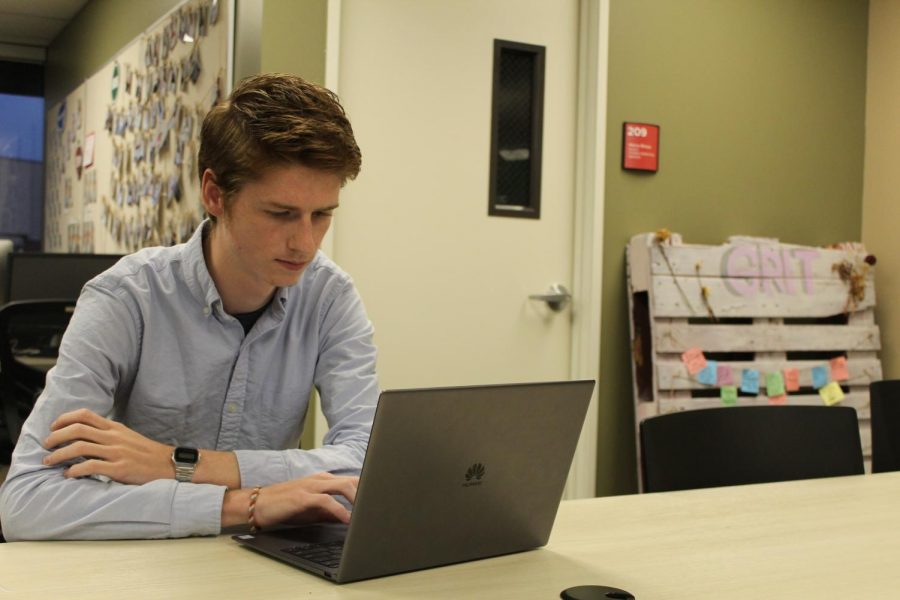 SGA's Vice president of finance, human resources and technology Thomas Burgess had to figure out what happened to SGA's missing scholarship funds.

This story was originally published in print on Oct. 31, as “SGA’s budget undergoes cuts due to internal miscommunication.” This story was updated at 3:10 p.m. with new information.

As senators prepared to begin voting during last week’s senate meeting, vice president of finance, human resources and technology Thomas Burgess announced a massive cut to their contingency funds. According to Burgess, last year’s Student Government Association approved funding for 12 $1,000 scholarships, but because of a miscommunication, that money never got to Financial Aid. However, on Thursday morning, SGA announced the Office of Financial Aid will cover the misplaced funds.
WHAT HAPPENED TO THE MONEY?
Contingency funds are made up of any leftover money from the previous year’s budget, which is used to fund proposals. According to Burgess, when SGA agreed to fund the scholarships last year, the money was meant to be moved from their contingency over the summer. However, because SGA staff does not work during summer, then-SGA advisor Laura Igram was responsible for filling out a journal voucher for the scholarships.

Before she got the voucher approved, she was told by accounting that the money had already been sent over, so she canceled the transaction. Accounting declined to comment based on privacy concerns related to journal vouchers, while Financial Aid and Igram did not respond to request for comment.

During the week of Oct. 14, Burgess received an email detailing what had happened. With the original amount of contingency sitting at $30,000, the $12,000 in scholarships SGA had committed would take out almost half of their budget, leaving senators with only $18,000 to begin the year.

Some of the scholarship recipients did not return to Biola this semester, so Financial Aid only requested $10,000 be paid back to them. By the time SGA was notified of the reduction, it had already spent around $4,000 of its budget on proposals, leaving the contingency at roughly $16,000 as of last week.

However, after the Office of Financial Aid offered to cover the funds with their own budget, SGA can now work with their contingency as expected.
NEW POLICY HOPES TO PREVENT REOCCURENCE
According to Waller, SGA plans to implement a new internal policy that will prevent any more miscommunication. From now on, as soon as scholarships are funded, SGA will streamline the process to ensure efficiency.

This story was originally posted with an inaccuracy about SGA’s decision not to raise the student fee. The Chimes apologizes for any confusion.