As presidential candidates increasingly use digital platforms to promote their campaign, voters should learn to fact-check self-promotional information. 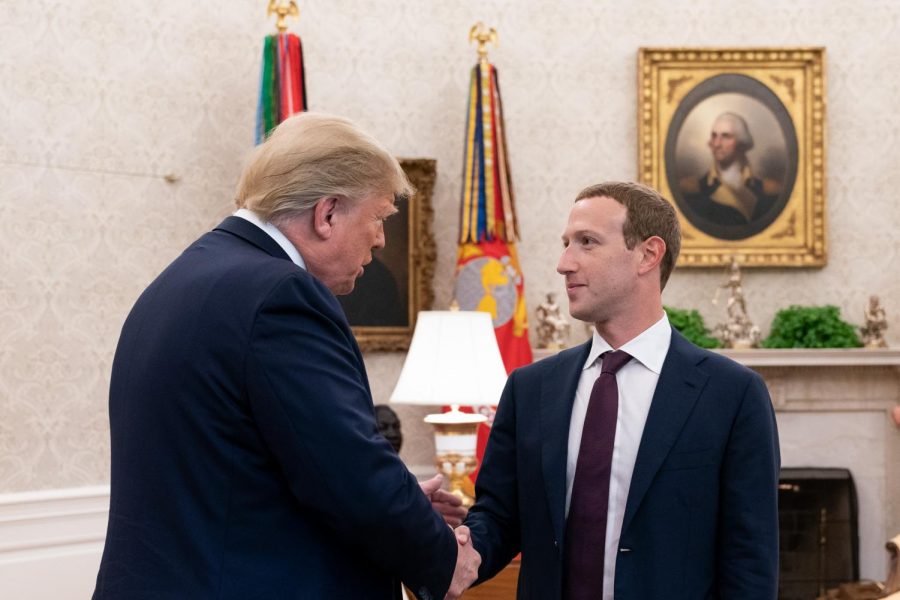 Candidates of the 2020 presidential election are spending millions of dollars on their campaigns to reach as many people as possible through social media. President Trump has spent $3.5 million in Facebook advertisements, as well as $1 million in Google advertisements since 2016 for the 2020 election, according to the New York Times. The Times also reports that Democratic candidates collectively spent $32 million on Facebook advertisements, giving social media an important role in modern American democracy.

However, these digital campaigns are also platforms for self-promotion. The Washington Post reported that Trump released a 30-second conspiracy ad on Facebook that accused Democratic presidential candidate Joe Biden of blackmailing the Ukrainian government. While Trump’s campaign team and Facebook did not fact-check this accusation, it was still published on the platform. In response, Democratic candidate Elizabeth Warren launched a series of Facebook advertisements falsely claiming that Facebook CEO Mark Zuckerburg endorsed Trump for re-election in protest of Facebook not fact-checking the ad, according to Time Magazine.

While politicians should use integrity in their digital platforms to demonstrate honesty, as they are running for president, it is not the job of social media companies to fact-check advertisements. As voters in the next election, it is important to learn to be informed in an increasingly digital age.
WHY USE DIGITAL PLATFORMS

In 2008, former President Obama pioneered the use of advertisements via social media to target younger voters, spending 10% of the campaign’s media advertisement budget on digital advertisements, according to Forbes. Obama’s use of digital campaigning marked a shift in all presidential campaigns. After 2008, nearly every politician used social media. In the 2016 presidential election, Hillary Clinton used Twitter to her announce her 2016 presidential bid, including a two-minute video of Clinton officially announcing her campaign. According to the New York Times, democratic presidential candidate Bernie Sanders spent $1.2 million on Facebook ads intended to target voters born after 1975.

Tech for Campaigns reports that adults spend an average of six hours a day on their phones, so they will watch more Facebook ads about a campaign than debates. Social media advertisements effectively reach more people, but they also allow politicians to target particular voter groups. College voters have easier access to Facebook, Twitter posts and Instagram pages, so there is less need to speak at universities to encourage voters when a social media ad is more effectively reaching them.
SELF-PROMOTION ON DIGITAL PLATFORMS
While digital platforms make information about politicians readily available, advertisements are created and published on social media sites by the staff of these politicians. Political campaign teams often prioritize the promotion of their candidate before honesty. While Trump’s Facebook ad about Biden is an extreme example of self-promotion by political campaign strategists, all politicians use social media campaigns as a means of self-promotion.

For example, one of Biden’s campaign video advertisements emphasizes that if elected president, he will focus on health care coverage, as his son died of terminal cancer. The ad continues including information about his vice presidency, and how politicians’ neglect to provide health care coverage is a “personal” issue for him. While watching this campaign ad is helpful to understanding who Biden is, his advertisement cannot be the primary source of information.

Like many other digital advertisements created by digital campaign teams, this advertisement only provides information that promotes the candidate. It does not include information about how Biden promised free college, $15 per hour minimum wage and emphasized “power for workers” in focusing on economic development, according to the Guardian. After little success in organizing a national health care system during his vice presidency, those informed about all the issues Biden has promised to fix should question his ability to follow through on campaign promises.
HOW TO BE INFORMED
Biden is not a liar for promoting his plans to establish national health care coverage without including that Obamacare failed during his vice presidency primarily because of economic planning mistakes. Trump is not a criminal for launching a Facebook ad that promoted his campaign through a conspiracy theory.

Instead of only relying on social media for information, there are many resources that are available to voters. Voters can watch presidential debates. There will be two more Democratic debates this year—on Nov. 20 and on Dec. 19. Watching candidates debate issues they will face in their potential presidency gives voters an idea of whether or not the candidate’s actions align with their voting beliefs. Another resource available to voters is the voting booklet—released before the election takes place—with unbiased summaries of candidates’ political platforms. With elections in 2020 increasingly using digital advertisements, it is crucial for voters to use these resources, rather than self-promoting advertisements.