Men’s and women’s teams struggle to maintain top 50 spots, but remained in the top 100. 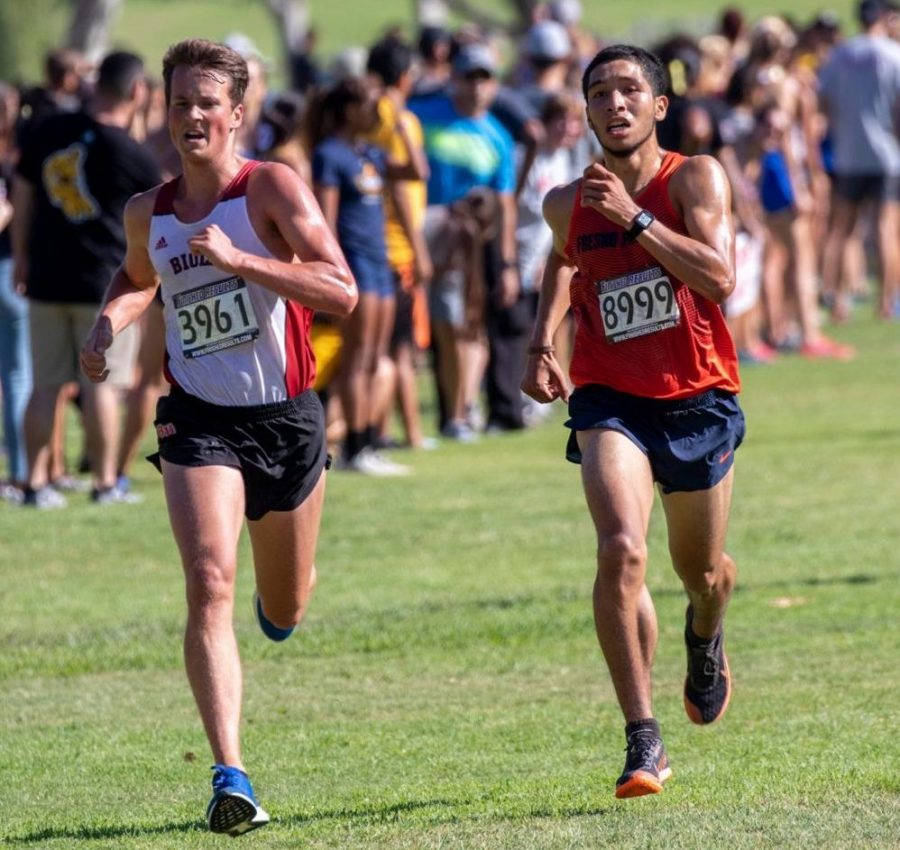 The Eagles competed in their seventh meet of the season hosted by the California State Fullerton Titans on Friday afternoon. The men’s team struggled as their rankings ranged from 75-103, ending the night with 215 points. The women’s team also faced a tough group of runners as they ranked between 43-84.
MAINTAINING THE COURSE
The men struggled to compete at a high level. They were led by freshman Houston Reese, who finished with a time of 28:01.53. The next four runners finished within one minute and 10 seconds of each other. Freshman Aden Wiebers finished at 28:10.92, ranked 78th among the 141 runners. To add to their 219 points this event, sophomore Joshua Oglesby’s time was 28:43.53, followed closely by freshman Brendan Dowling with an ending time of 28:51.13. They placed 96th and 97th, respectively. Placing shortly after the top 100 was senior Chris Campbell who had a finishing time of 29:11.19.

The women were not able to register a score since they only had four runners competing. Senior Crystal Jardines had a time of 20:41.04 and finished 43rd among 98 runners in the 5k race. Senior Taylor Lawsen finished at 22:14.23, her first race since the season-opener. She was followed closely by her younger sister, freshman Kaylie Lawson, who crossed the finish line at 23:29.35. Junior Amelia DeYoung finished 20 seconds behind Kaylie, ending with 23:49.90.

The Eagles will compete in the PacWest Championship hosted by Biola in Fullerton, California on Saturday, Oct. 26 at 8 a.m.