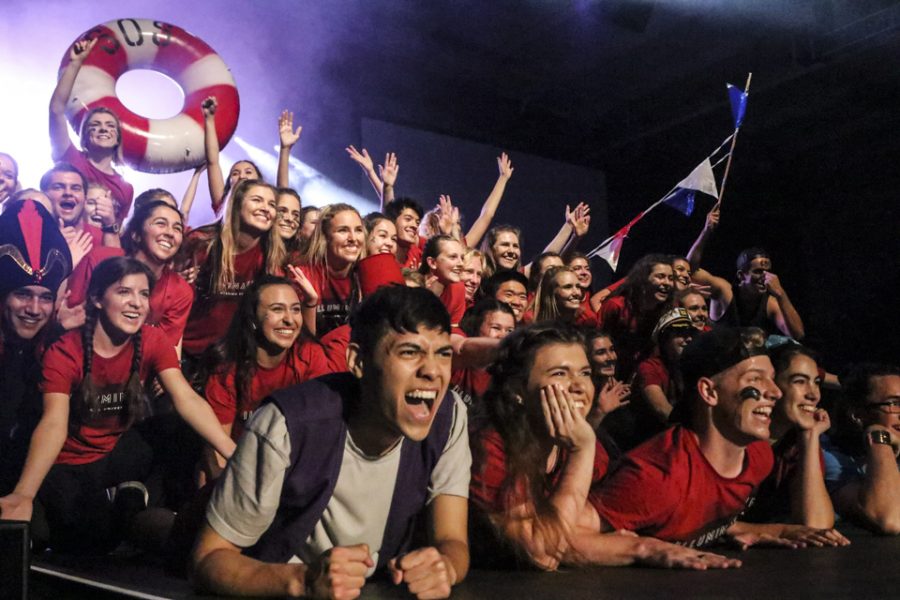 Administration hopes to continue the success of both SOS and SPA through the Campus Engagement Office.

During the first weekend of October, several Student Orientation Services leaders gathered at The Reef restaurant in Long Beach for the annual SOS end-of-year banquet. The event is an annual tradition to celebrate the end of another year of welcoming incoming students onto Biola’s campus.

This year, however, a dark cloud hung over the event even as the SOS leaders enjoyed a beautiful sunset onto the Long Beach harbor behind them. Less than a week prior, they had learned that the program as they had come to know it would cease to exist.

The change, which stripped the SOS leader training down from a nearly year-long process into one that would take a matter of weeks, caused a ripple effect of shock and sadness among the SOS staffers who attended the banquet that night. However, administrators believe the new training schedule will ultimately benefit a growing and diversifying student body, giving more current students a chance to be involved.
CAMPUS ENGAGEMENT DEPARTMENT ANNOUNCED
On Oct. 1, the entire 2019 SOS staff, comprised of 57 leaders, eight crew leaders and two directors, received an email from assistant dean of community life Laura Igram. It announced that SOS would merge with Student Programming and Activities to form a new department called Campus Engagement.

The change was the result of an extensive study where Igram researched the format of parallel organizations at similar universities and the effects of orientation week on student retention at colleges nationwide. She emerged from her research believing the two organizations had similar enough purposes in serving Biola’s student body that they should be streamlined under the joint supervision of Igram along with Lexi Lai and Marcy Binuya, the staff members who had previously overseen SPA and SOS, respectively.

“By becoming one office, we combine forces,” Igram said. “Our roles in student development can be really taxing and by having a cross-trained team of staff to work together, it makes it more doable for us. All of the ways that we train student leaders can really combine together to become better than what it was before for both [SOS and SPA].”

The bombshell for the 67 outgoing SOS leaders came in the email’s third paragraph. While the SPA side of Campus Engagement remains largely the same, the weekly spring semester training for SOS staffers has been completely removed. It will be replaced by a short spring retreat with all of Campus Engagement and a two-week training period in August, Igram told the Chimes.

Furthermore, Binuya was reassigned to supervise sections of Campus Engagement that were previously part of SPA under Lai, who now oversees the new orientation staff among her other responsibilities. Binuya was unavailable for this story and directed comment to Igram.

The announcement caught virtually all of the incumbent SOS staff by complete surprise.

“I remember being kind of like, ‘This isn’t real. That’s not what’s happening,’ because it seemed super unrealistic for what the ministry of SOS is,” said junior public relations major Katie Bean, who was an SOS leader in 2019.

Five different students who have served as SOS leaders and crew leaders all told the Chimes that they fear the reduced training could take away a community that they believe benefited current and incoming students alike.

“You build a great sense of community with the staff [over spring training] and I think that is reflected during Welcome Week,” said senior psychology major Jeremy Muehlhoff, a former SOS leader and crew leader. “Because when you’re working with the freshmen or the transfers, they see how close the leaders are and I think that is a window into Biola’s community.”

Some also took offense at the abrupt timing of the announcement.

“It kind of felt like a little bit of a slap in the face, if I’m being completely honest. It felt like they didn’t care enough about us to keep us in the loop,” said junior psychology major Brendyn Carpenter, a crew leader in 2019. “That is by no means what has happened. Obviously there’s been more care inside of it and they have thought through it, but at first, my initial reaction was that.”

However, Igram stressed that she appreciates the way the old SOS training format benefited students despite its large time and money commitment.

“But what we’re needing to do is figure out how to do that well, but spend a little less time doing it,” Igram said. “I think there are ways to make it different and still make it good.”

Another major factor in the reduced schedule lies in Student Development’s desire to see a more diverse group of students join the orientation staff. Igram hopes the new format will give more opportunities to students who could not participate in SOS in the past due to conflicts with class and work schedules.

Brittany Ung contributed to this story.