Assimilation is essential to a healthy nation as it celebrates culture and diversity. 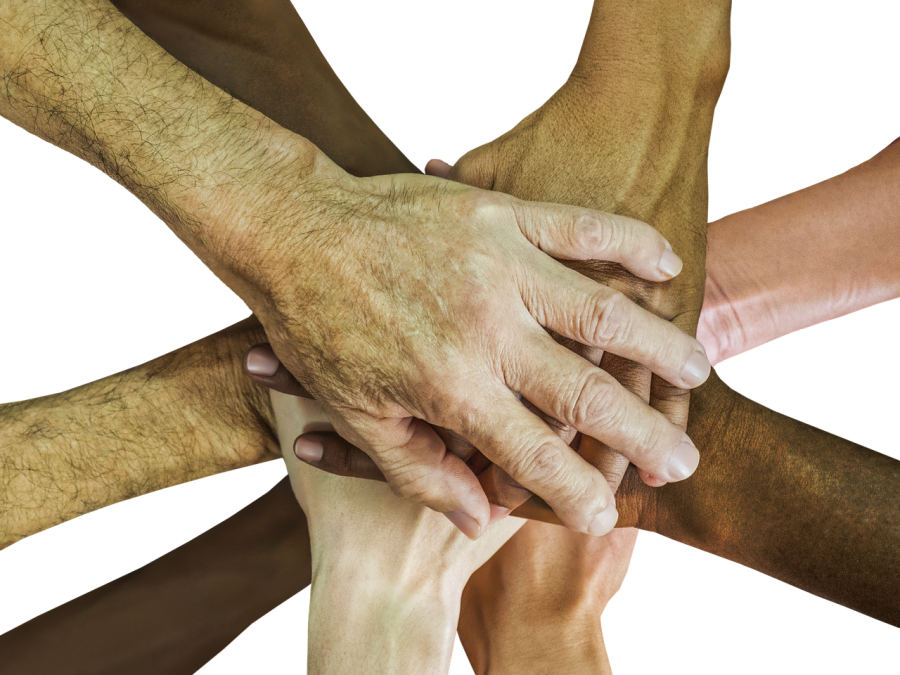 By living in a diverse and united nation, Americans should keep the vision and passion for assimilation.

America is a beautiful, diverse and remarkable nation. It is a country settled by immigrants who fled Europe in order to create a new nation where they could safely and freely practice their religion. Once the nation was established, more and more immigrants from all over the world began to arrive in America to experience freedom. The U.S. has become home to many ethnicities throughout its short history. Because of this, the U.S. has long been called a giant melting pot.

However, America is strong and united because people have chosen to “melt,” to become a part of something greater than themselves. Over the past few decades, many immigrants entering America have lost the vision and passion for assimilation, resulting in the image of a tossed salad, leaving the melting pot far behind.
MELTING POT OR TOSSED SALAD?
What exactly do we mean when we talk about the “melting pot?” The New York Post explains that the old version of the “melting pot” meant “learning the language, embracing the folkways and traditions, [and] becoming deeply patriotic.” The Post goes on to explain that the idea of assimilation and “cultural cohesion should be uncontroversial.”

There is no other nation quite like the United States. The National Review explains that “America is history’s exception” because when it comes to assimilation, immigrants have gladly united. Americans, the National Review says, are all proud of the fact that all people blend together, holding on to their shared values. These shared values include justice, equality and freedom, along with liberty and independence.

America flourished when “immigration was controlled,” according to the National Review. When people from around the world immigrated to America, they made America uniquely diverse by fusing a variety of cultures with American culture. According to the National Review, it was only when immigration became more uncontrolled and illegal that the idea of assimilation was left far behind. The truth is that sometimes we become so caught up in the idea of preserving our individual cultures and languages that we forget to contribute to the melting pot of America.
PERSONAL HISTORY
As a child of two immigrants, this subject is personal for me. Both of my parents immigrated to the United States from different countries. We still hold proudly to our Armenian heritage, but now we are also fiercely proud to be Americans. Now, we are Armenian Americans. There is no need to give up one culture in order to be a part of both. Both have become an integral part of our identity.

Make no mistake. This is not easy or simple to balance. How do we hold on to our native culture and tongue while trying to fully embrace this new one? How do we “melt” and not get “tossed?” As for us, we continue to eat kabobs and enjoy baklava, but we love a good hamburger and wear red, white and blue on July Fourth. We still dance to traditional Armenian music at parties but we love to jam out to American country music as well. We express ourselves as Armenians do but we view the world as Americans. To the best of our abilities, we have melted and become Americans.
THE IMPORTANCE OF MELTING
The formerly popular musical short film Schoolhouse Rock had a song called the “Great American Melting Pot.” The song goes on to proclaim the glory of being able to “melt right in” because “it doesn’t matter what [color] your skin [is].” Granted, real life is not so simple. However, this song captures the passion and truth that can come from years of determination and perseverance.

Assimilating is vital for the unity and strength of a nation. We do not neglect our native customs and traditions, but rather we add them to many others, creating a beautiful and unique culture that has become America. Together as Americans, we blend our histories and backgrounds, joining them together as one. This great bundle has created a morally strong and hard-working country that will sacrifice for freedoms and opportunities found nowhere else.

So, as Schoolhouse Rock puts it, “jump right into the great American melting pot.” It is a privilege and an honor to be a part of this beautiful, diverse, and great nation. Our duty and love for the stars and stripes bring us all together, regardless of race or religion.