“El Camino” is enjoyable, yet an unnecessary “Breaking Bad” follow up

Although an entertaining ride for fans of the original show, the follow-up film fails to fully live up to the iconic series. 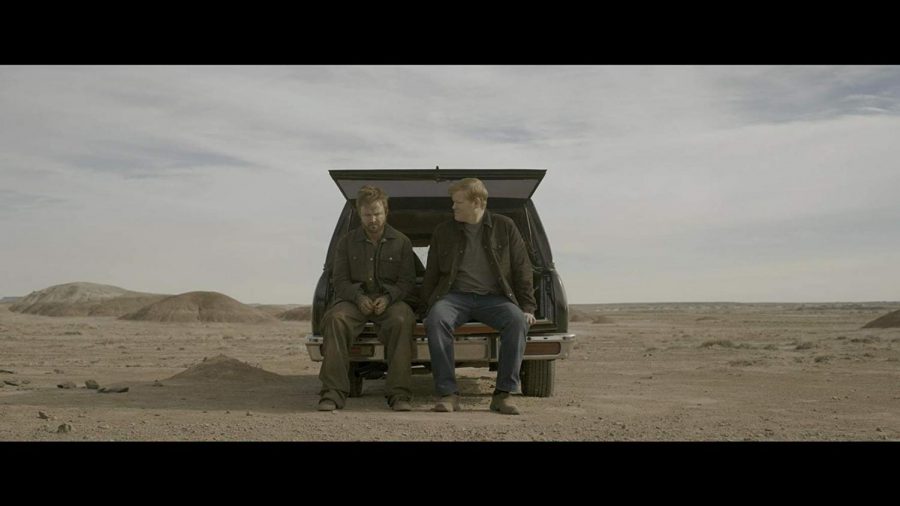 Whatever happened to Jesse Pinkman? The question lingered in viewers’ minds after the riveting finale to “Breaking Bad.” After six years, series creator Vince Gilligan wrote and directed this follow-up film to answer this question. The film picks up immediately after the series finale and follows Jesse, played by Aaron Paul as he evades the law and reconciles with inner turmoil. While Pinkman’s story is given a proper finale, the film lacks the depth expected from the beloved show.
VISUALLY APPEALING
The film, thanks to director Vince Gillgan, is excellently crafted from a visual perspective. “El Camino” truly feels like “Breaking Bad” in the best way possible. Gilligan’s direction is superb, and the film is filled with gorgeously gritty cinematography which perfectly matches its tone. Gilligan combines the recognizable “Breaking Bad” feel with a cinematic flair which sets up Paul to shine.
AARON PAUL SHINES
Paul holds the movie on his shoulders with an excellent performance. As one could imagine, Jesse’s scars run far deeper than his skin after the events of “Breaking Bad.” Paul wonderfully portrays a broken Jesse, wrestling with the turmoil of physical, mental and emotional trauma. Paul’s performance allows fans to instantly reconnect with the Jesse they know while elaborating on the fractured soul seen at the end of the series.
AVERAGE STORYLINE
While the film visually appeals in every aspect, the film’s story fails to meet the high standards set by the series. It does not introduce any groundbreaking elements to the story to make the film feel like a necessary follow up. Instead, much of the film consists of drawn-out flashbacks which do not always feel essential for the film itself. The elements that further Jesse’s story are enjoyable but do not take the character or the universe into enough new territory to make the sequel feel worthy of its name.

Although the film has surprising moments that will make fans smile, it does not add the depth viewers are looking for. Apart from this, the film follows a predictable narrative which takes Jesse in directions most fans could have predicted at the beginning.
WORTH THE WATCH
“El Camino” is worth the watch for “Breaking Bad” fans. If anything, fans might enjoy watching the returning characters on screen again. Gilligan also draws viewers in through stunning visuals that cannot be ignored. The film fails to reach depths fans would hope for, but delivers a decent enough experience for a Netflix movie night.