It is immoral for Trump to abandon our Kurdish allies in Northern Iraq. 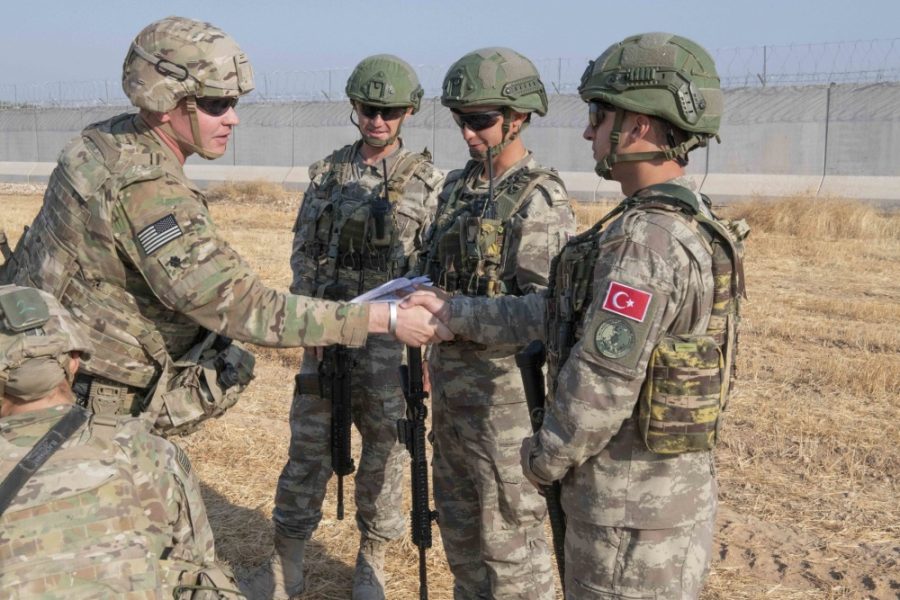 When asked about the most persecuted cultural minorities in the world today, not many people would name the Kurds. The plight of this people group, the fourth largest in the Middle East, is not often spoken of by mainstream media in the West, probably because there are very few Kurds living in the United States.

The Kurdish people have faced over a century of constant violence, displacement, oppression and even attempted genocide. The United States has a moral duty to continue its efforts to provide for the Kurds independence of their own. President Trump’s decision to remove U.S. troops from the region is a move that is not only cowardly, but hypocritical.
WHO ARE THE KURDS?
The Kurdish people are an ethnocultural group of people who have lived in the Middle East for the entirety of modern history, according to the BBC. When British colonial forces set up Arab states before they ceased occupying the region, the Kurds were overlooked for a state of their own.

The Kurdish people are spread out through modern northern Iraq, northeastern Syria, western Iran, western Armenia and southeastern Turkey. They are most heavily concentrated in Turkey, making up one-quarter of the population. After the end of World War I and the defeat of the Ottoman Empire, the Kurdish people were promised a nation-state of their own by the liberating British forces at the Treaty of Sevres.

However, when the treaty was finally ratified and carried out, the Kurds did not receive their own state, only minority status within whatever country they happened to be occupying. According to an article from the Journal for Genocide Research, the Kurdish people experienced massive displacement and genocidal efforts, resulting in 1.5 million Kurds being either killed or deported over the last century. All this is to say, the Kurdish people have a long history of persecution, but their only crime is a desire to exist as their own state.
U.S. AND KURDISH RELATIONS
The U.S. has a long history of providing military aid to the Kurds. According to The Kurdish Project, United States implemented a no-fly zone over the unofficial Kurdistan, in the early days of Operation Desert Storm, for the purposes of both shielding the Kurds from airstrikes by Saddam forces and cutting off Turkey from supporting the Saddam regime in Iraq.

The Kurdish Project further reports that during the 2014 offensive against ISIS, the Kurds played an enormous role in providing on-the-ground intel and know-how concerning tactics in the high desert terrain of northern Iraq. The Kurds helped the U.S. in return for support in their bid for an independent state, and after the years of loyalty, they have shown that it is wrong to abandon them now.
TRUMP’S MISTAKEN PULLBACK
President Trump is claiming that his removal of troops from Northern Iraq is an example of his “anti-war” policies, according to National Review. He has spoken at length about bringing our boys home, and not being entangled further in endless wars. The problem is if Trump follows through with a complete withdrawal from the region, he is abandoning the Kurds to certain destruction.

The Turkish military has already begun pushing battle lines into northern Iraq, less than a week after Trump began his withdrawal from the region. NPR reported that the Kurds have already turned to Syrian President Bashar al-Assad for aid. This is not the kind of company we want our allies to be keeping, as Bashar al-Assad is a tyrannical dictator.

Years of mutual reliance and mutual benefit have forged a strong bond between the Kurdish people and the American soldiers stationed in the region. Trump pulling out of the region is clearly an attempt to appeal to his isolationist, “America first” base, at the expense of the lives of brave men and women who had thought of us as allies. If Trump wants to hold onto any honor at all in the eyes of allies in the Middle East, he cannot follow through in abandoning our Kurdish allies.