Seniors lead the way offensively, shutting out the Hawks by three goals. 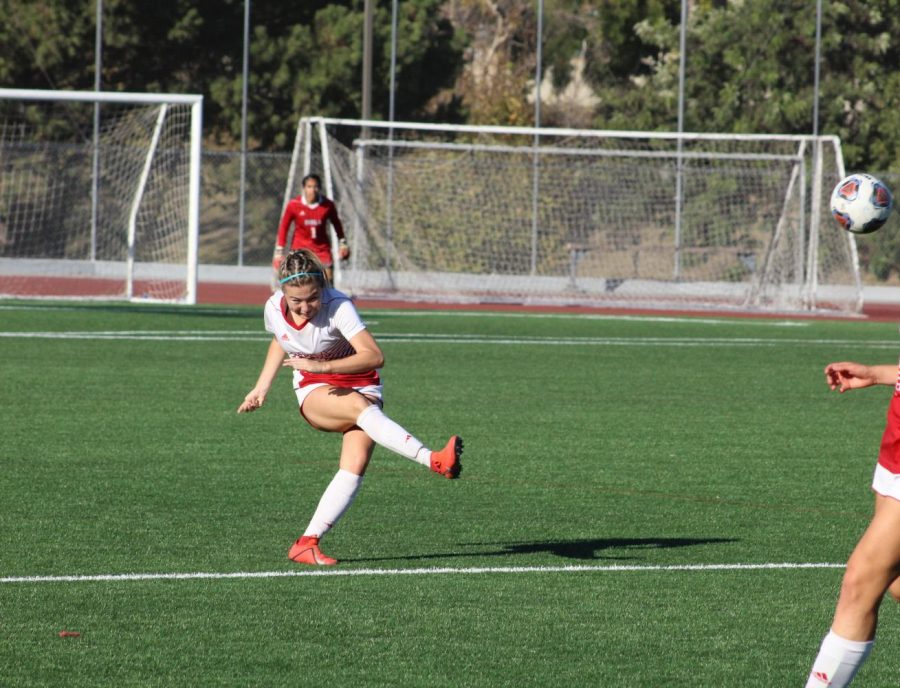 From the first whistle, the Eagles had high energy and peppered Holy Names with several shots early on. Biola tested the Holy Names keeper in the 25th minute with back to back shots from junior forward Madi DeMetropolis. The Eagles defense stayed tough, not allowing any offensive action from Holy Names after the 22nd minute. In the 37th minute, Martin dribbled downfield and lofted a shot from 25 yards out, scoring in the upper corner. Biola held the 1-0 score for the rest of the half, tiring out the Hawks and forcing several substitutions.
EAGLES FINISH STRONG
Biola continued to push offensively in the second half, earning three corner kicks. But the action came 30 minutes in as the Eagles earned a corner kick and caused chaos in the box which led to an own goal, putting Biola ahead 2-0. In the 83rd minute, Alvarez put another shot on goal, only to be blocked by a broken down Holy Names. Five minutes later, freshman midfielder Halie Jamir scored the Eagles’ third goal which was assisted by senior defender Madyson Brown.

Biola (4-3-1) will be back out on the pitch Saturday, Oct. 12 at 12 p.m. against Dominican University of Southern California.