“Joker” is a controversial cinematic masterpiece

Joaquin Phoenix and Todd Phillips produce prominent work, but not without criticism from the public. 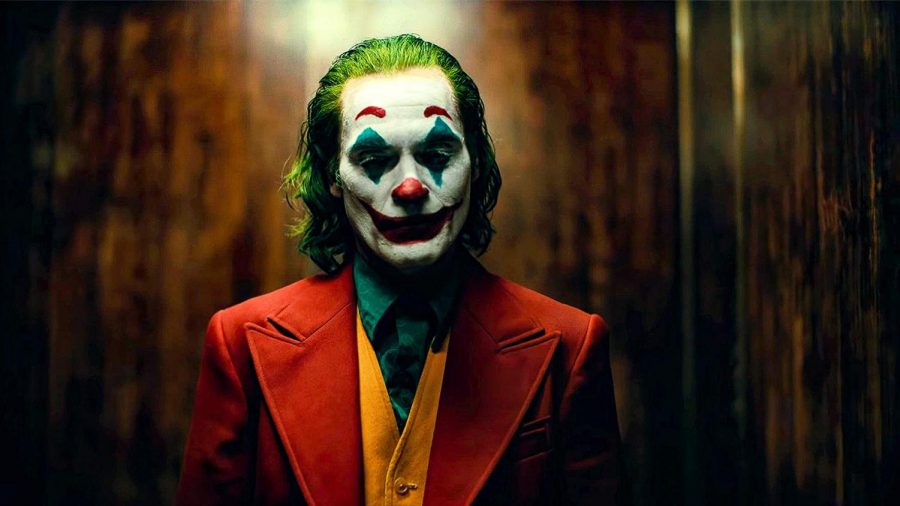 Though the "Joker" featuring Joaquin Phoenix is riddled with controversy, it is a spectacular film.

Amid one of the most anticipated releases of the year, “Joker” was riddled with controversy. While many looked forward to an origin story for the Clown Prince of Crime, some Americans are still traumatized by the latest film that focused on the iconic villain. On the opening night of the biggest box office premiere in the history of October, one theater in Aurora, Colorado refused to show the film.“Joker” was not seen on the list of showtimes at Century Aurora and XD. The theater formerly known as Century 16 was victim to a mass shooting during the screening of “The Dark Knight Rises” in 2012. Although the Century Aurora and XD declined to show “Joker,” thousands of theaters across the U.S. opened its doors to the film, contributing to its $96 million opening weekend.
SEND IN THE CLOWN
In “Joker,” Joaquin Phoenix plays mentally-disturbed Arthur Fleck, who lives in a rundown apartment with his mother Penny Fleck, played by Frances Conroy. The mother and son live on the margins of society, broken and beaten down by the harsh world around them. Awkward and strange, Arthur is treated horribly by the people and cruel environment he is enclosed in. Arthur’s slow descent into madness finally reaches its climax mid-way into the film, introducing viewers to the cackling clown-faced villain known as the Joker.
THE JOKER LEGACY
As one of the most iconic characters of cinema and pop culture, the Joker has been portrayed by some of the biggest names in Hollywood such as Cesar Romero, Jack Nicholson, Mark Hamill, Jared Leto and Heath Ledger. None of these performances are more iconic and groundbreaking than Ledger’s portrayal of the clown prince of crime in “The Dark Knight.” Ledger won Best Supporting Actor at the Oscars for his unforgettable depiction of the Joker but died before the movie was released.
JOKER OF OUR TIME
Until now, Ledger had been the champion of the clown’s on-screen appearance, but Phoenix’s performance challenges the right to be called the superior Joker. Phoenix and no other could have put on a performance that surpasses the work of Ledger. Because “Joker” gives Phoenix more time to dive into the psyche of the clown, his performance comes at a much more relevant time. While Ledger’s portrayal, though exceptional, introduces a chaotic character into a seemingly peaceful world, Phoenix’s Joker navigates an already threatening and depressed Gotham City, much like the modern society Americans live in today.

Nothing can prepare audiences for Phoenix’s throat-cutting cackle. Each laugh that Arthur lets out is a cry for help in a callous and hardened society. Beyond his laugh, Phoenix captures the viewer’s attention with his over-the-top theatrics and seemingly genuine innocence that his character would like to portray. However, Arthur is anything but innocent. As the movie progresses, his “harmless” nature is dropped for a much more disturbing form. Arthur is pushed to the brink and finally gives in to his unpleasant thoughts that lead to the grotesque and alarming behaviors of his new persona.
RIDDLED WITH CONTROVERSY
Todd Phillips’ “Joker” is a disturbing and fear-invoking character study that dives deep into the thoughts of a mentally-ill man at his wit’s end. The concern over the film’s controversial portrayal of the Joker has brought up unfond memories in the minds of people that were victims to violent crimes. Reminded of her daughter’s murder at the premiere of “The Dark Knight Rises,” Sandy Phillips told the Hollywood Reporter that “Joker” conjures up fear that another tragedy may occur.

While some cry out against the glorification of the Joker, some have feared that “Joker” is a rally-cry for Incels, which stands for “involuntarily celibate.” These groups of men have been connected to some of the most recent mass-shootings in the United States. Prior to the release of “Joker,” many have feared an attack from members of this sub-class. The Department of Defense even issued a warning, and the Federal Bureau of Investigation is closely monitoring any mentions of a possible attack. However, no attacks at premieres of “Joker” have been reported at this time.
NOTHING SHORT OF SPECTACULAR
Behind all of the controversy and genuine concern surrounding “Joker,” the film is beyond superb. Despite the dark and disturbing content, “Joker” is a commentary on an ominous character that is relevant to modern culture. Robert De Niro and Zazie Beetz elevate Phoenix’s performance straight to the top of the list of potential Oscar nominees for this year. Phillips’ directorial work shines at its brightest with his spectacular effort behind the camera and visual aesthetic that creates the whimsically twisted environment of Gotham City. Phoenix’s performance surpasses all others that have preceded him, and his display is by far the truest to the chaotic clown.