In the first cornerstone match, the Eagles played well, but could not overcome APU's strong offense. 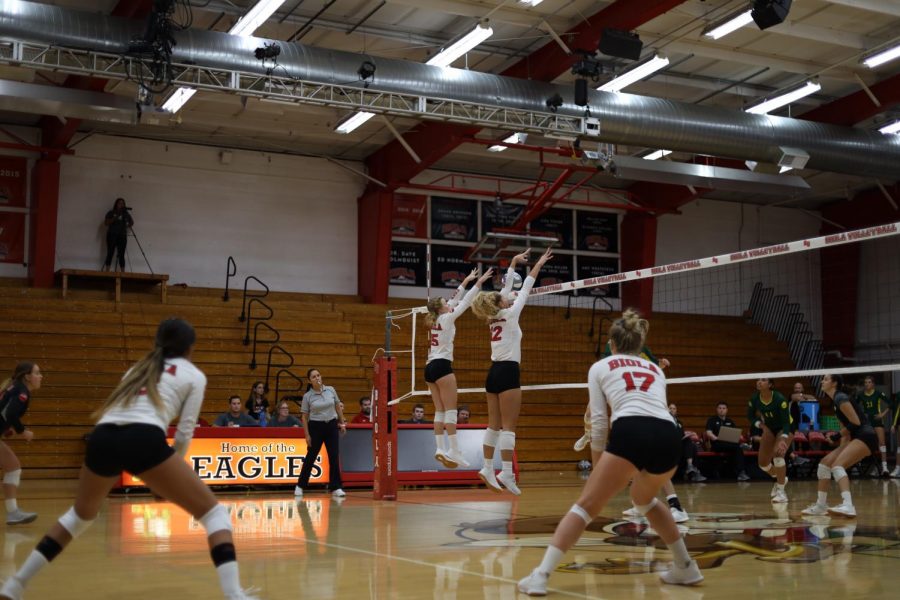 Women’s volleyball traveled to Azusa Pacific University for their first cornerstone match of the year, losing to the division rivals. Four sets led to an APU win but showed competitive play from the Eagles’ young squad.

The first set started out close until Azusa began to pull away with multiple kills to make the score 18-11. Biola came back with some big blocks to make the set tight, 24-22 but eventually lost. The second set looked similar but with a better outcome for the Eagles. Blocking kept Biola in the game, as they out-blocked APU 9-0 in the first two sets.

The Eagles struggled in the third set, taking a 19-12 deficit early on. Freshman middle blocker Abigail Copeland broke the drought with a kill that sparked a few more points from Biola offensively. Biola lost the set 25-18.

The younger players on the court continued to lead at the net as freshman middle blocker Raegan Tjepkema ended the night with 13 kills and 7 blocks. Biola trailed the Cougars in the fourth set, grabbing a couple points from attack errors in addition to kills from both Copeland and Tjepkema. APU won the set 25-17.

Senior outside hitter Becca Branch had two of the total four aces on the night for Biola and also was the second place leader for kills with 9.

The Eagles (7-7) will be back out on the court Wednesday, Oct. 9 at Chaminade University in Hawaii at 10 p.m.