The construction of the new cinema and media arts building will displace other academic programs—including theater productions. 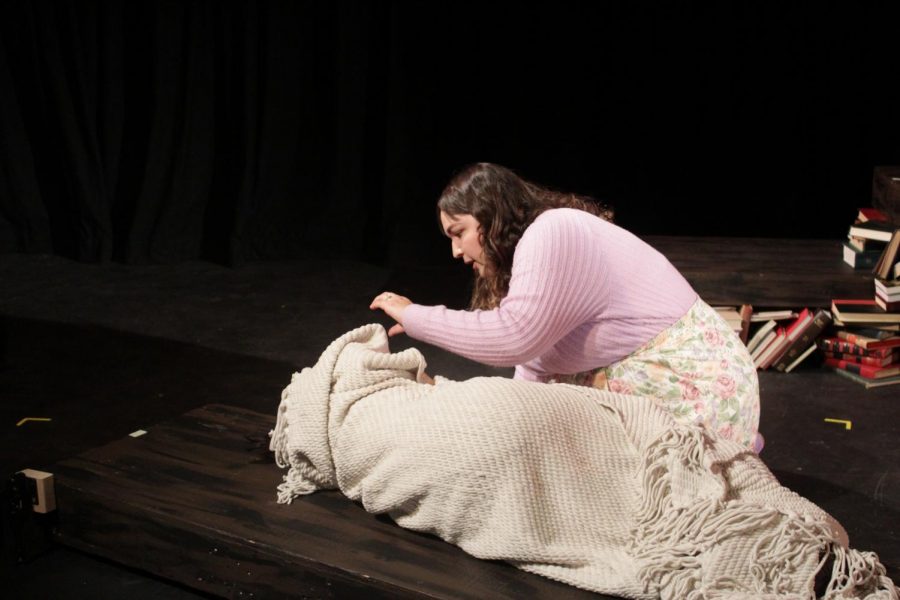 As the cinema and media arts program expands into its own full-fledged school, plans for dedicated cinema building are in order. To make room for the upcoming building, Perez Hall and Theatre 21 will be demolished, according to dean of fine arts and communication Todd Guy.

“The plans are to create the space for the new cinema and media arts building,” Guy said. “Theatre 21 will be raised, and Perez [Hall] will be raised.”

Although members of the theater program await the demolition of Theatre 21, they are optimistic about the program’s future. Assistant professor of theatre Zachary Bortot has made the most of his temporary home in Grove 9B, which he has transformed into a rehearsal studio, and where he has held production meetings and rehearsals since the beginning of the semester. This school year will be last year that productions are held in Theatre 21. Following the demolition, possible locations for future productions include either Mayers Auditorium or Sutherland Auditorium. Despite the removal of Theatre 21, Bortot looks forward to the increasing interest in the cinema and media arts program.

“I’m not offended because I have the perspective that any one place improved at Biola is good for the whole,” Bortot said.
FINE COLLABORATIONS
He does not hold any resentment to the program because of the two majors’ natural relationship through the theater program’s acting for stage and screen concentration. Bortot appreciates the many programs, including cinema and media arts and the conservatory, that want theater to thrive. Because the arts programs support one another, Bortot does not see any reason to be upset about the removal of Theatre 21.

“If we were all in separate silos, I think it would foster that resentment,” Bortot said. “But because I’ve been able to step into these spaces and talk with people, you understand that no one’s trying to pick on theater.”
REMEMBERING THEATER 21
With the upcoming changes, theater students will miss the space they have considered their on-campus home. Senior theatre major Donna Park hopes the relocation of the theater will result in more opportunities for the program.

“I hope that by doing this it will bring bigger doors for Theatre 21 to expand,” Park said.

As the theater members prepare to say farewell to Theatre 21, Bortot recalls what he will miss most about the space—the challenges. Because the building is long and narrow, Bortot and his students were often forced to reconfigure the stage to fit their productions. They even built a swimming pool for one of their shows. While some would deem the space difficult to work with, Bortot and his crew embraced the limitations, considering them as ways to improve their creativity.

“There’s a lot of fond memories we have because of the unique stuff we’ve done in there,” Bortot said.
HOPE FOR THE FUTURE
While the departments housed in Theatre 21 and Perez Hall will miss their buildings, they anticipate positive outcomes from the upcoming cinema building. Through these changes, Park hopes for an increased awareness about theater around campus.

“I would love to see the productions more well-known on campus and in the public in general,” Park said. “They pick amazing shows, and the people who work on them are really amazing.”

Bortot hopes that Theatre 21 continues to inspire others and honor God, no matter where their home is.

“It is a time of transition for us, and so my hope is that people continue to stay optimistic about those changes and realize that anytime there’s growth, there’s growing pains,” Bortot said. “Just because things may be difficult or challenging, it’s not a discouragement.”