Three different rooms in Bluff have been flooded. 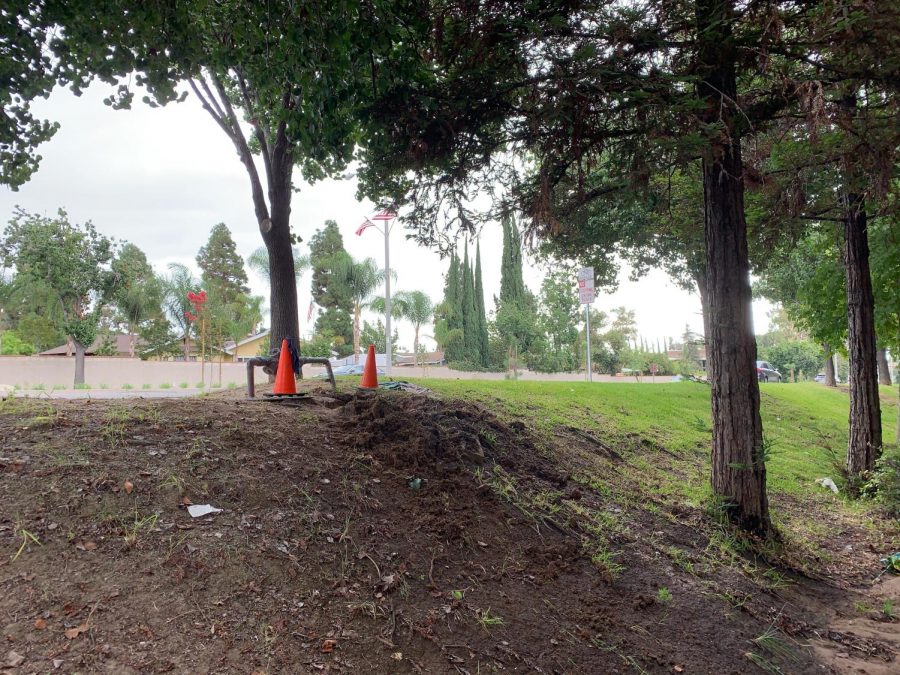 The busted pipe behind Thompson shut off water to Bluff.

On Friday morning, facilities management received a phone call from Thompson Hall at approximately 7:45 that water was leaking into residents’ rooms. A resident noticed water seeping into her room, and she was not the only one.

Two other rooms on the first floor were also affected, according to facilities management custodial lead Ricardo Arciniega. The water was coming in from outside because a water main burst behind Thompson. The cause of the burst is still unknown.
QUICK TO ACTION
“Right away we called plumbing and building repair and got out there,” said operations assistant of facilities management Jerri Adams. “They had to turn the water off right away because it was already seeping into three dorm rooms.”

Arciniega headed over to Thompson Hall around 15 minutes after the initial call and helped contain the water in the affected rooms. Although students had to remove their items from their rooms, no evacuation was necessary.

“I believe they can stay here now because now the water has been extracted,” Arciniega said. “It should be safe to stay here.”
WATER SHUT OFF FOR ALL BLUFF RESIDENTS
Freshman business major Gunwoo Kim was caught off guard as he walked into the laundry room, forgetting there was no water.

“It’s very inconvenient,” Kim said. “I am thinking about going to [my friend’s] dorm and taking a shower.”

Fliers explaining the situation have been posted all over Thompson Hall and water is expected to be back around 7 p.m., though facilities management will keep students updated on the situation.