The Eagles’ strong defense sends them into overtime, but could not walk away with the win. 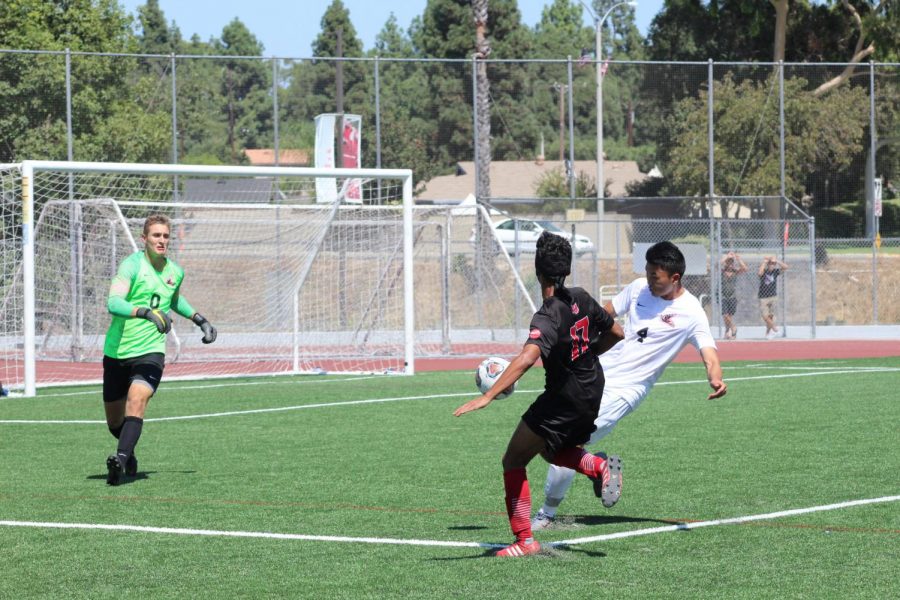 Men’s soccer entered into a battlefield on Saturday night against Cal State University, Los Angeles. The Eagles found two goals in the second half to match the Golden Eagles, but ultimately fell in overtime, 2-3.

The first half started with Cal State LA in control. The Golden Eagles put away their first goal of the night with five minutes left before the half.

Within five minutes of the second half, CSULA scored their second goal of the night, putting Biola down 0-2. However, the Eagles refused to quit. Freshman midfielder Jack Kilgallon scored his first collegiate goal of his career later in the half with a cross assist from senior forward Leo Thompson. Kilgallon performed for 83 minutes in the matchup, considerably more than previous games. Thompson then found himself with a goal of his own with just 90 seconds remaining in the game. A now tied game sent the match into extended minutes.
OVERTIME, OVERTIME
Now 2-2, the two teams battled tenaciously. Biola zoned in, backing off three shot attempts on goal from CSULA. Freshman goalkeeper JD Gunn made eight saves Saturday night, tightening up the Eagles on the defensive end. While the defense was solid, the offense was lax. The Eagles were unable to produce a goal, which sent the game into a second overtime. Within minutes of the second overtime, the Golden Eagles found a loose ball that would convert into their final goal of the night, sending them to victory over Biola.

The Eagles (1-4-1) will take on Concordia University at Al Barbour Field on Wednesday, Oct. 2 at 7 pm.