Biola’s forensics team officially comes to an end after a five-year examination. 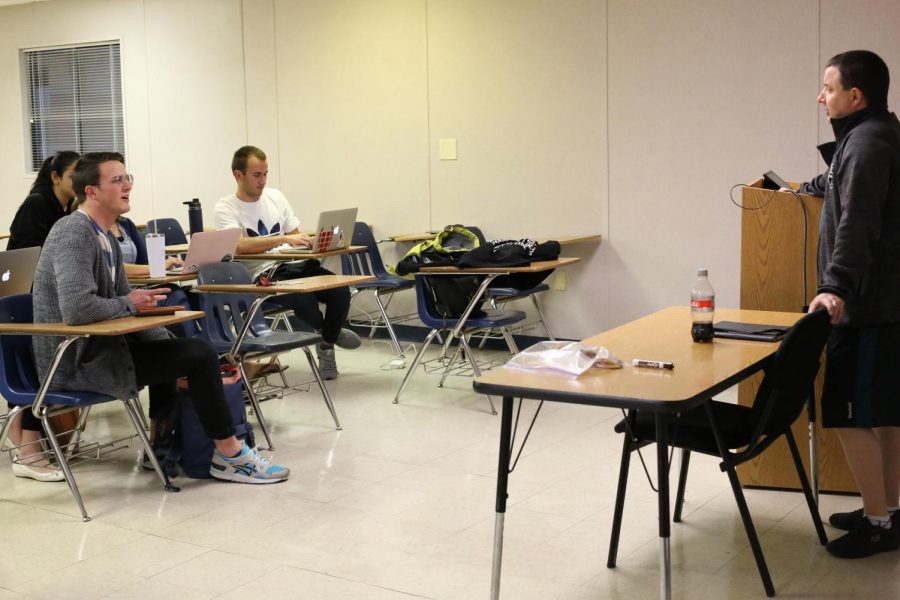 Biola’s speech and debate team has officially been shut down, dean for the School of Fine Arts and Communication Todd Guy announced over the summer. After five years of fighting to keep its place at the university, the Biola’s debate team has been phased out due to budgetary concerns.
THE TIMELINE
Formally known as the forensics team, the former staple of the communications department was established in 1955, teaching and training students how to speak eloquently and debate complex and relevant issues. The team allowed students to earn scholarships and travel across the state to compete with other schools. The team has earned over 5,000 individual and team awards in both debate and individual speaking events. The American Forensic Association National Individual Events Tournament lists several Biola students as national champions in various events.

While the team was successful for many years, a financial barrier arose as a prioritization plan from Biola’s leadership in 2017. Because of the prioritization, the team was given only four more years to continue competing. While many were in doubt of the team’s revival, in March 2018, Biola’s Presidential Cabinet claimed to pause the phase-out process, deferring the decision to the then-future incoming dean of Fine Arts and Communication’s decision. Though the team was able to successfully maintain their program from the phase-out, their future still withered with questions and uncertainty.

The team gained another chance to prove itself as a priority program, but they had to meet certain goals to keep the team in place.

“The team’s budget kept getting smaller, the team kept getting slowly phased out, and the scholarship funds kept going away,” said Reagan Smalley, who graduated in 2019. “We kept getting told, ‘You need to get more members, you need to get more members.’ What had been communicated to us by [our coach] was that upper administration kept dangling a carrot in front of us and kept saying, ‘Okay, if you get this many new members and if you are successful at tournaments, then we will allow you to stay.’”

Fortunately, the team was able to bolster its reputation with former coach Dan Elliot receiving the Dr. Bob Derryberry Memorial Outstanding Coach Award at the 2019 National Christian College Forensics Invitational on March 16. In mid-April, the team finally had the opportunity to show Guy the nature of forensics and what their team had been working on throughout the year in a showcase speech and debate night. However, many of the members still felt uncertain as they left for their summer breaks.

“We didn’t really know what he was thinking. We had him come and watch our practice that we did,” said senior communication studies major Aaron Wakashige. “We sent him some emails to try to sway his decision. But he didn’t really give us any indication what his decision would be.”
THE EMAIL
On May 30, Guy sent out an email to the forensics team about his final decision.

“While I see the importance and value of this program, it is important to look at the Forensics Team through the lens of the entire School of Fine Arts and Communication. As such, there are a plethora of strategic needs within SoFAC,” Guy said. “As Dean when prioritizing these needs, it is often not a choice between bad and good, but rather a choice between good and better.”

Though the decision was final, Guy understands how important the forensics team is to its members.

“Over the course of the 2018-19 academic year, I have been able to gather pertinent information related to the Biola Forensics program,” Guy said. “My conversations with current and former team members have made obvious their deep love and commitment to Biola Forensics.”
MEMBERS, ALUMNI AND COACH
Wakashige expressed his disappointment, considering how the team stood out as a great opportunity for future students.

“I can’t even put an evaluation on it, everyone that comes in immediately feels like they’re part of something good and we were even looking at recruiting people to the team,” he said. “Our team had the opportunity to expand if we had more funding and we could’ve had that effect to a larger degree and we could’ve reached more people too… but obviously that can’t happen anymore.”

Smalley continued on to convey her feelings about the forensics team’s value to her.

Wakashige described his feelings toward the decision too.

“But I’m just grateful for the opportunity that it happened,” he said.

“There’s no bitterness, there’s no real anger anymore, it’s just gratitude for what the debate team and what [coach] Dan Elliot, what [coach Eric] Garcia and what [coach] Sean [Hansen] were willing to do in my life. It can’t ever be replaced.”

Elliot posted on Facebook to voice his gratitude to his students and members of the team throughout the years.

“Thank you to all my students who made the team so outstanding,” he said in a Facebook post. “I love on top being coach of the year. I leave by knowing, I fought the good fight, I finished my race at Biola, and I am keeping the faith. I wish God’s best for all [of] you.”