Cross country takes over in Oregon 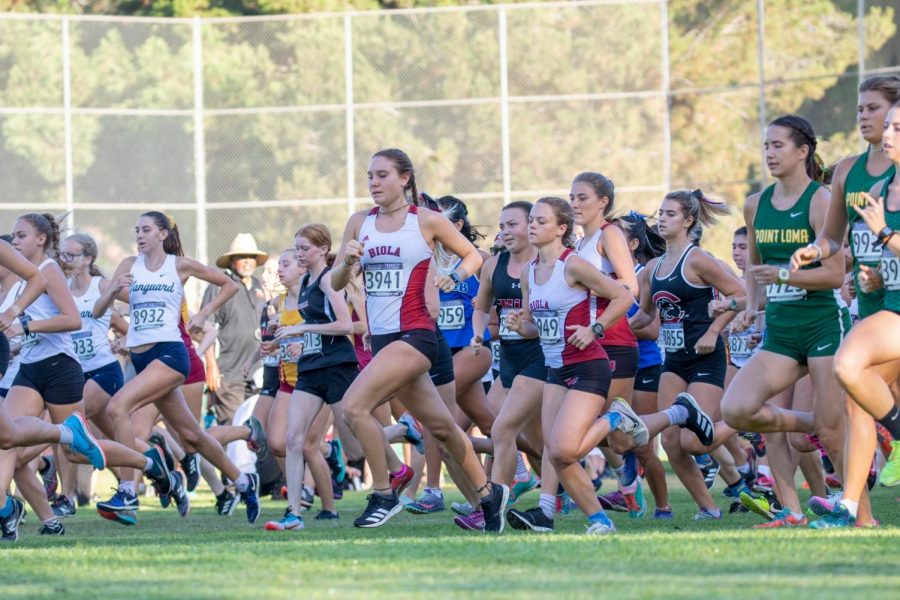 Biola Women's Cross Country team takes off at the start of their race.

Men’s and women’s cross country traveled to Monmouth, Oregon on Friday to compete in the Western Oregon Sundowner Invitational. Both teams excelled. The men brought home a monumental win, placing first overall out of 10 teams. The women followed in their fellow Eagles’ footsteps, finishing second overall in the invitational.

The men were led by senior Gabe Plendcio. He blew past everyone in the men’s 8k meet, including NCAA DI runners from the University of Portland, finishing at 24:36.5. Sophomore Brady DeHaven contributed to Biola’s domination with a fifth place rank at 24:58.1. Sophomore Jared Donnel finished in eighth at 25:05.6 and junior Ryan St. Pierre ended the day in 10th with a time of 25:07.4.

The women had an outstanding day as well, with junior Mackenna Mason finishing in fourth during the 6,000-meter meet with a time of 22:43.6. Sophomore Grace Catena placed in the top 10 with Mason, ending in eighth at 23:02.5. Sophomore Clara Haynes took to the track in her first game of the season and placed 13th with a time of 23:24.4.

The Eagles will head to San Bernardino, California on Saturday Sept. 21 to compete in the Coyote Challenge at 8:45 a.m.