Biola aims to add a Music Therapy degree option to its Conservatory of Music. 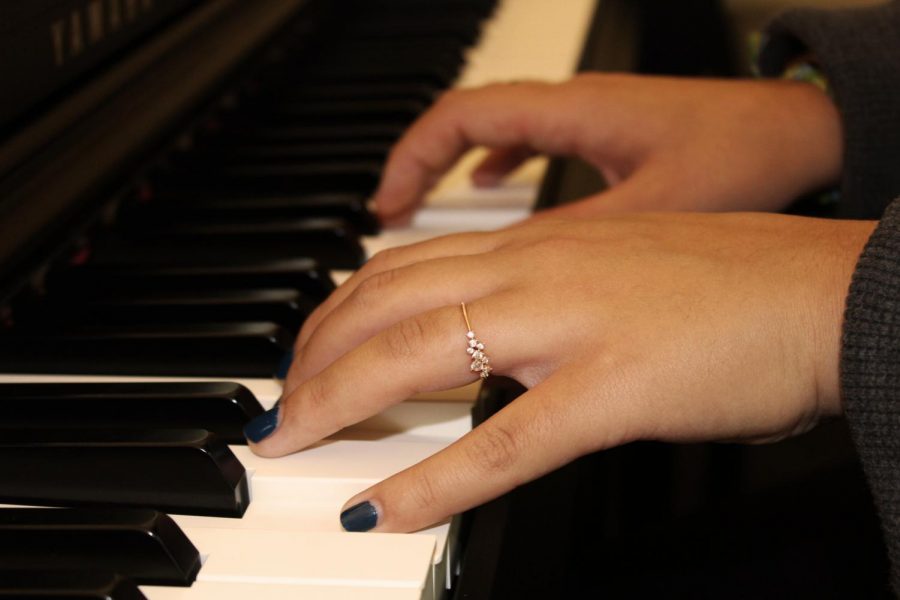 A Biola student plays the piano in the music conservatory.

With music on the rise as a powerful, unique method of therapy, the growing interest is being met by the communications and music departments.
MUSIC THERAPY MEETS BIOLA
Biola plans to implement a music therapy degree option into its Conservatory of Music as early as Fall 2020. School of Fine Arts and Communications dean Todd Guy reports that many students have shown interest in a Music Therapy program, even though the school has not advertised one yet.

The upcoming program will allow students to graduate with a Bachelor of Music in Music Therapy.

“It’s a professional degree,” Guy said. “You get a degree in music that’s coupled with almost a minor in psychology.”

Guy was instrumental in developing a similar program at his previous school, Indiana Wesleyan University, where the program excelled. In its first year, the program had 40 students. By the third year, over 80 students were enrolled, increasing the size of the school’s conservatory immensely.

Because of the large number of inquiries from students and a high graduation rate from similar institutions, administration anticipates that music therapy will be a relatively large program in the Conservatory.

“In Southern California, we’ll be the only Christian university that will offer a degree in music therapy,” Guy said. “We think there’s a huge market for this program.”
POWER OF MUSIC
Music therapy can help people who are unable to be reached by other methods of therapy. According to psychology professor Chris Grace, music therapy can earn a response from people who are reluctant to try traditional therapy.

“Music seems to tap into something deeper in the psyche or the soul of many different kinds of groups of people,” Grace said in a phone interview.

Grace responded with a positive outlook on the potential future of a music therapy program at Biola.

“I think it could be really successful,” he said. “It just seems to be appealing to a wide variety of people because they want to find ways to help, or bring healing or hope to people, and they see that music opens up some cool doors.”
UPCOMING PLANS
Guy revealed that the program will likely be rigorous and contain one of the largest credit requirements for graduation. However, it is the innovative culture, rigorous programs and gifted students that inspire him to bring music therapy to campus.

“It takes a student who has a really high work ethic, but also has a desire to use the gifts and abilities that God has given them in this arena,” Guy said. “When I came to Biola, I noticed several of those attributes here, particularly in the Conservatory, but all across the School of Fine Arts and Communication.”

The program is currently awaiting approval from various external committees, will require new faculty and has not yet begun advertisement, but Guy anticipates that it will be up and running by the Fall 2020 semester.